Five things to know about Yvon Chouinard, the founder of Patagonia, who donates his company to protect the environment 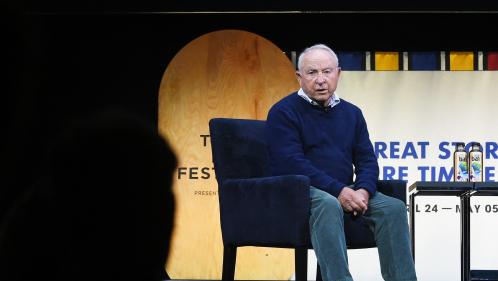 By his own admission, Yvon Chouinard “never wanted to be a businessman”. Yet he found himself at the head of an empire: Patagonia, a Californian outdoor sportswear company that is now worth around $3 billion, according to an estimate by the New York Times*. At 83, the entrepreneur announced on Wednesday September 14 to donate his company to a trust responsible for donating its profits to associations for the defense of the environment.

This is not the first time that the businessman, long committed to the protection of the environment, surprises with his entrepreneurial practices. Here are five things to know about this reputedly eccentric and adventurous boss.

1He is a high-level climber and fishing enthusiast

Long before becoming an entrepreneur, Yvon Chouinard developed a passion for climbing. Born in 1938 in the state of Maine into a family of Canadian and French origin, he discovered climbing at the age of 14, when his parents moved to California. Growing up, he forged a reputation as a pioneer by opening routes or making difficult climbs.

Also keen on fly fishing, he confided in 1998 to a journalist, who made his portrait for the New York Times*, drink in the rivers where he dips his line, no matter the risk of falling ill, to harden himself. He had his father as a model. He says he remembers the latter pulling his own teeth with his electrician’s pliers while drinking whiskey, thus arguing that he did not need expensive dental consultations.

At 19, a member of a falconry club in Southern California and noticing the lack of solidity of the equipment available, the young Yvon decided to start manufacturing his own climbing equipment. He then begins to earn some money by selling his equipment from the trunk of his car.

His association in 1965 with Tom Frost, an American engineer and also a climber, gave birth to a company which, ten years later, in 1973, took the name of Patagonia, specializing in outdoor sportswear. Its particularity then lay in the choice of very bright colors to dress up the equipment, going against the current of the dark tones dominating the market at the time. A will of Yvon Chouinard to… boost the morale of the climbers. “By spending months in tents in stormy conditions, you become more and more depressed,” he confessed in 1998, still to the New York Times.

3He confesses to having become a businessman in spite of himself

Yvon Chouinard does not fit the image of a busy business leader in a suit and tie. He describes himself as a “reluctant businessman” in his book Let My People Go Surfing, confession of an entrepreneur like no other, released in 2005. He does not have a computer or a telephone portable. He mostly wears jeans, plaid shirts, or thick wool sweaters. The eccentric manager even goes so far as to enjoin his employees to “drop work to go surfing” when the opportunity arises, he confides in 2017 at the microphone of American public radio NPR*. “I don’t care when you’re working, as long as the work is done,” he adds.

Finally, he is an entrepreneur who distrusts the stock market. “Once listed, even companies with the best intentions choose short-term gain over long-term responsibility and growth,” he wrote in the letter announcing his company’s donation.

4It’s been a long-time act for the climate

A contrite businessman, Yvon Chouinard did not neglect the marketing impact that his company could have in terms of ecology. Patagonia carries out many actions, in particular donating 1% of its annual sales to environmental groups, and makes it known. A shock slogan, “the Earth is our sole shareholder”, opens the September 14 letter. A strong desire to “transform the business world”.

Already in 1994, the firm announced that it would renounce all use of cotton grown with pesticides. At the very beginning of his business, Yvon Chouinard manufactured and initiated aluminum jammers and carabiners to replace pitons that damaged the rock, thus contributing to the development of “clean climbing”, leaving the route intact after the ascent.

5He engaged in a showdown with Donald Trump

Yvon Chouinard has repeatedly opposed the policy of the former president of the United States. In 2017, along with other heavyweights in the US economy, including like-minded company The North Face, Patagonia signed a letter of defiance over Donald Trump’s decision to pull the US out. of the Paris climate agreement. The same year, Yvon Chouinard announced that he would sue the head of state after the latter had reduced the size of two protected natural areas in the state of Utah. A rather unprecedented act on the part of a private company with regard to a president in office.

* Links followed by an asterisk are in English.