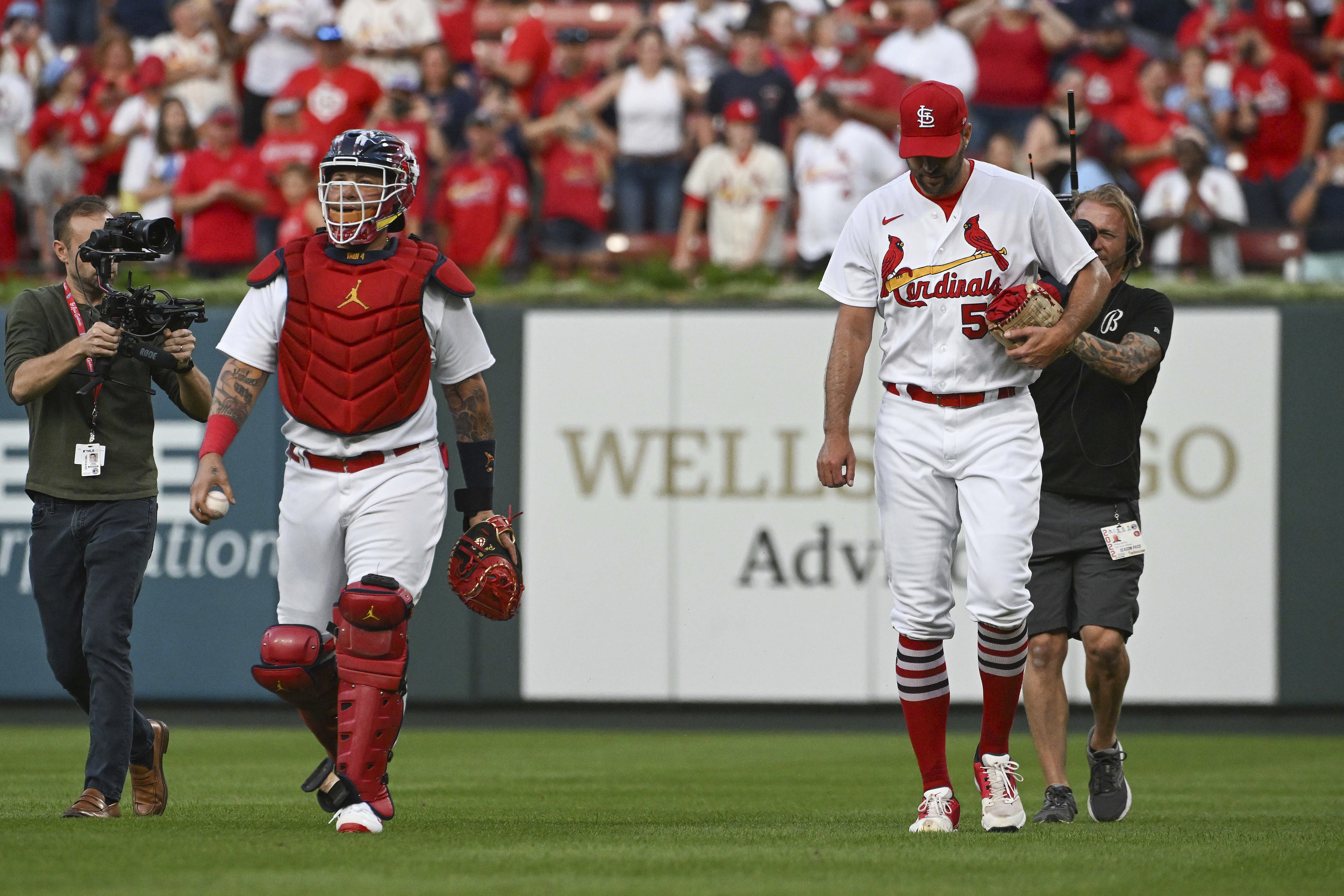 St. Louis Cardinals’ Yadier Molina, left, and Adam Wainwright walk in from the bullpen after warming up for the team’s baseball game against the Milwaukee Brewers on Wednesday Sept. 14, 2022, in St. Louis. (AP Photo/Joe Puetz)

ST. LOUIS (AP) — Adam Wainwright and Yadier Molina made history from the first pitch of the game, then helped the St. Louis Cardinals beat the Milwaukee Brewers 4-1 on Wednesday to extend their lead in the top of the National League Central Division.

Wainwright and Molina started their 325th game, the most by a single battery in the Major Leagues.

The pitcher-catcher duo eclipsed the regular-season mark of 324 set by the Detroit Tigers’ Mickey Lolich and Bill Freehan from 1963-75.

Wainwright and Molina received a standing ovation at Busch Stadium from the moment they walked out of the bullpen and headed to the dugout before the game.