To what extent do the losses on the battlefield affect Putin? 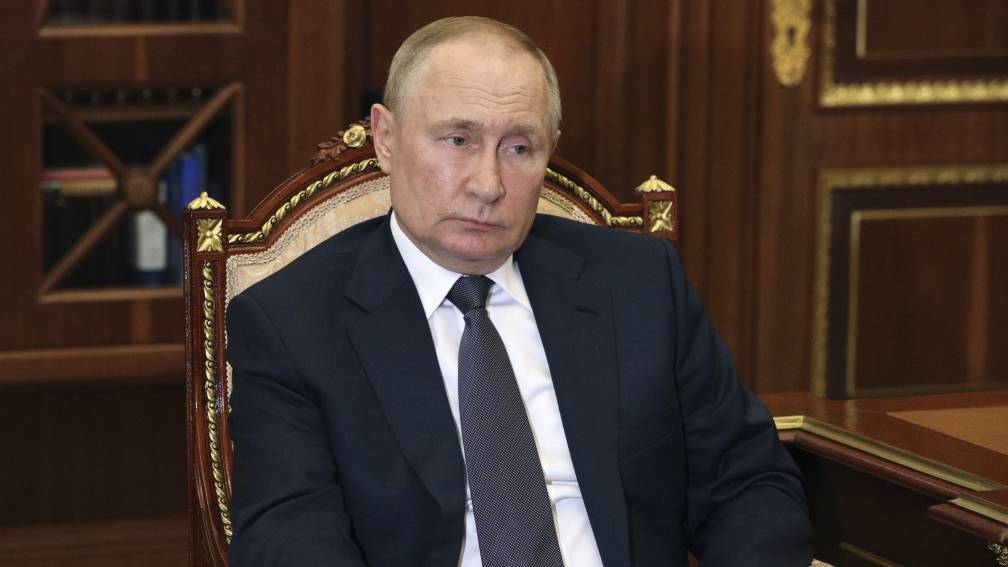 Ukrainian forces are gaining ground in the northeast. Russia has been pushed back to the border in several places. This turning point in the war is bad news for President Putin. These messages are also filtering through in our own country.

Putin has had the image of a winner in his own country for 20 years, someone who achieves his goals. Now, with Western weapons and American intelligence, Ukraine is succeeding in pushing Russia back on the eastern front. But there is no sign of panic in the Kremlin, at least not overtly. Ukraine has been able to gain ground through a ‘regrouping’ of Russian troops, the official message reads.

Judging by the polls, it seems that support for Putin and his “special military operation” in Ukraine is as high as ever. But those polls are notoriously unreliable, and other voices have come out of Russia in recent days. Dozens of municipal deputies in Moscow and St Petersburg demand Putin resign. Strong criticism was also expressed in a talk show on Russian TV.

“The messages you now see coming out, from district council members and in a talk show, are not direct indications that a turnaround is taking place. In the past six months, cautious criticism or doubt was heard more often. On television, that is usually quickly ironed out again. But some city councilors are very vocal, leading to repeated prosecutions.

That repression is steadily increasing. A Moscow councilor has already been sentenced to seven years in a penal colony for expressing criticism, others are likely to follow. It is expected that the thumbscrews will be further tightened. The Kremlin fears any form of protest and has done everything from the start to nip it in the bud, with success. Publicly criticizing is risky, taking to the streets with a protest sign can have significant consequences.

Alternative sounds are increasingly suppressed. The license of the critical newspaper Novaja Gazeta has been revoked by a court. That repression will not diminish for the foreseeable future.”

“You see that people who have been in opposition for some time now feel space to express themselves,” says Bob Deen, Russia and Eastern Europe expert at the Clingendael Institute. “But they represent a very small minority.” Nor are they powerful figures.

Putin still seems untouchable. When can that change? Russia expert Hubert Smeets mentioned three things in Nieuwsuur yesterday that could get Putin in trouble: continued success in Ukraine’s offensive actions; if he feels compelled to proceed to total mobilization; and if Russia’s economic decline continues.

“If Donetsk or Kherson come under fire or are liberated, a symbolic turning point has been reached,” Smeets said. Mobilization is not on the agenda at the moment, but it is regularly called for. This move would pose a significant risk to Putin. He thus takes the war to Moscow.

“Now they use underprivileged young people from the Caucasus or far into Siberia as cannon fodder. But mobilization means that children of Muscovites are summoned,” says Smeets. “Then it comes very close for the elite and middle class in Moscow.”

As for the economy, sanctions and the price of war are weighing on the budget. “That makes it economically very difficult for Putin to continue this war.” The economy could collapse.

But these are scenarios that don’t affect Putin yet. “Personally, he is hardly addressed,” says Deen. If that does happen in the future, the question is how he will get out of this. The path Putin took on February 24 is a dead end, experts say. There is no way out.

The news about the expulsion of the Russians around Kharkov makes refugees in Deventer optimistic for the first time in ages:

Refugees about recapture Ukraine: ‘Can cry with happiness’

According to Deen, it is now up to the Russian president to put the defenses in order around Donetsk and in the South. Foreign Minister Lavrov, among others, suggested negotiating, but Ukraine has no interest in this now.

A final, and dreaded, way out is escalation. By mobilization, by further retaliatory attacks on Ukraine as happened with a number of power plants, or in the worst case the deployment of a nuclear weapon. But according to Deen, the latter is not likely now. “Nuclear weapons also mainly serve as a deterrent in Russian military doctrine. That could come up if Russia is ‘existentially threatened’, which is not the case in official Russian rhetoric; the defeats are actually downplayed.”

Experts expect that the setback for Russia will not bring about any major change in the Kremlin for the time being. The American Institute for the Study of War (ISW) predicted yesterday that the war will last at least until next year. “But a lot is happening, also in the Kremlin,” says Deen. “The unexpected success of this counter-offensive even for Ukraine has made the course of the war even more unpredictable.”

Sedena: They hack the military body and extract material on national security issues

Cubans try to “solve” while waiting for electricity to return