Like every September 13, Mexico commemorates what is known as the “heroic deed of the Children Heroes of Chapultepec”, which occurred in 1847.

This episode of history that is taught in schools as one of the greatest examples of patriotism in the country narrates the defense that a group of cadets from the Military College made of the castle of Chapultepec against the troops of the United States, which had declared war on Mexico a year earlier.

Although, without a doubt, the most outstanding and widespread event in Mexico is the one that narrates how Escutia, seeing that the fight was already lost, He threw himself into the void wrapped in the Mexican flag that flew in the fortress to prevent the Americans from taking it as a symbol of their victory.

The US intervention ended in 1848 with the signing of the Treaty of Guadalupe-Hidalgo, by which Mexico lost more than half of its territorywhich happened to belong to its neighbor to the north.

The result of the conflict was traumatic for Mexicans and, probably for this reason, the feat of the Children Heroes is still remembered 175 years later as a sign of great pride and sacrifice for the country.

However, historians question several of the points of this popular story and include them as myths promoted by authorities eager to exalt Mexican nationalism at a time when the country’s national identity was still being formed.

Between myth and reality

Experts consulted by BBC Mundo agree that the Children Heroes did exist and did lose their lives in the taking of the Chapultepec castle, which was the headquarters of the Military College. But they point to several parts of the story that are difficult to verify. or augmented to promote that heroic legend.

“A first point is the age of six, which ranged between 13 and 20 years old. I don’t know if today I could fall into the category of what we consider ‘children,'” says the Mexican historian Ricardo Rivas. 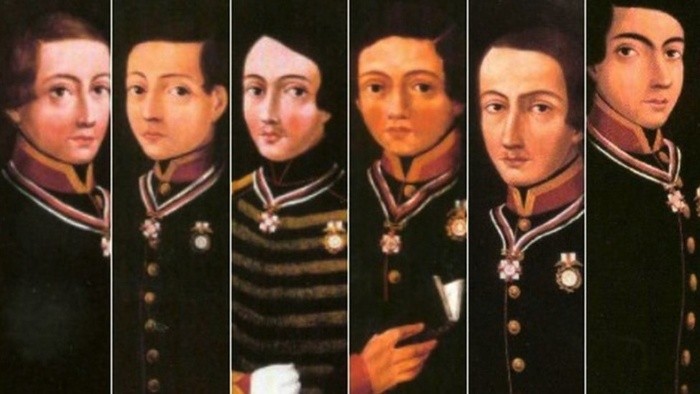 The Children Heroes did exist, although not everything that is said about them can be corroborated by historians. SECRETARIAT OF DEFENSE OF MEXICO

There are also those who have the idea that only the six of them defended the castle. However, in Chapultepec there were about 200 men between soldiers and cadets, who were joined by more than 600 members of the San Blas battalion, who came to try to stop the US advance on the slopes of the hill. Most died, according to Rivas.

There were also conservative voices that tried to spread myths with which to downplay this story, such as the one that points out that the Children Heroes were punished or imprisoned at the time of the attack and that, therefore, they fought because they had no option to leave. . Or that they were even intoxicated.

“They decided to stay to defend the castle although, as cadets, they were not obliged to do so. Even the order of their superiors was that they withdraw when the arrival of the North American army was imminent, which was between 5,000 and 7,000 men and presaged that the battle was lost. I think that’s his true heroic act“, says Rivas. 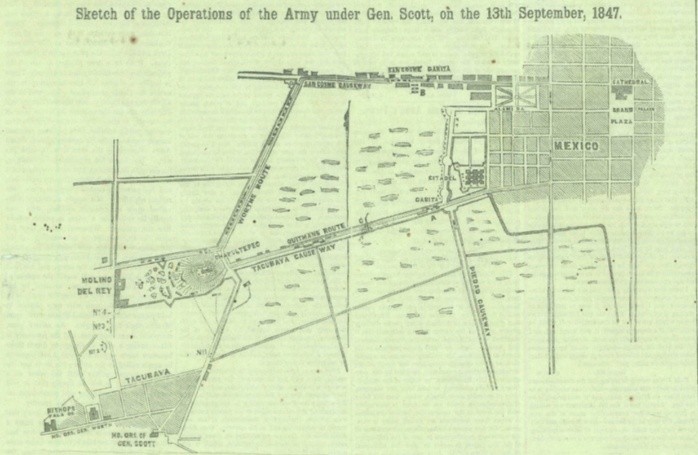 The US siege of Chapultepec ended quickly due to the great numerical superiority of its army. GOVERNMENT OF MEXICO

Escutia and the flag

Regarding the famous episode of Escutia throwing himself into the void wrapped in the Mexican flag, Rivas clarifies that “it is the greatest myth that, historically, cannot be corroborated and there is no evidence of it.”

“Apparently, Escutia died in the battle. And this episode of throwing himself with the flag and falling dead on the slopes of the hill seems illogical if we look at where the castle’s pole is placed,” he questions.

In addition, another fact that casts doubt on this version is that the Mexican flag was finally taken by the US Army, which did not return it until more than a century later. 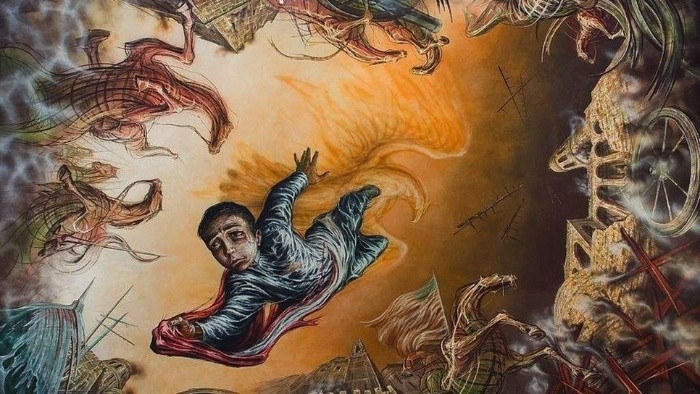 The myth about Juan Escutia and the flag is one of the best known in the story of the Children Heroes. CHAPULTEPEC CASTLE NATIONAL HISTORY MUSEUM

Cecilia Vargas Ramireza historian at the National Institute of Historical Studies of the Revolutions of Mexico (INEHRM), points out that the practice of hiding the flag or wrapping oneself in it to keep it away from the enemy was, in fact, something common in this war against the United States.

“The testimonies and documents that we have do not indicate that Escutia did it, but other heroes such as Santiago Xicotencatl or Margarito Zuazo. The first was a lieutenant colonel of the San Blas battalion and he was one of the last to remain defending the castle against comrades who deserted to save their lives,” explains the expert.

However, despite being considered one of the great heroes of the battle, Xicoténcatl does not even have the popular recognition of the group of six children. 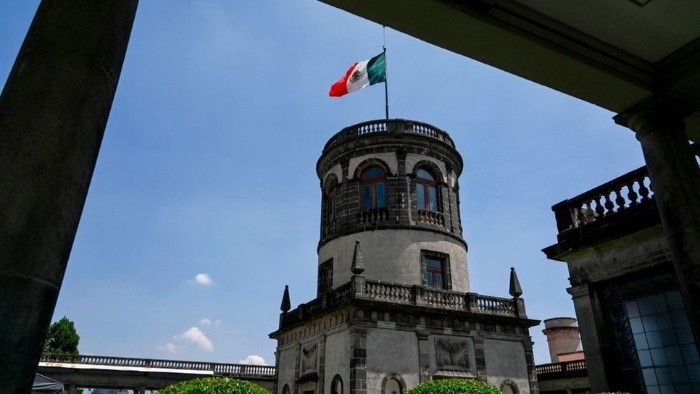 Protecting or hiding the Mexican flag was a common practice during the war against the United States to prevent it from falling into the hands of the enemy. GETTY IMAGES

Another of the forgotten heroes is Miguel Miramonwhom some describe as “the seventh Hero Boy” for having been one of the young cadets who participated in the battle and managed to survive.

However, in popular history he is remembered for having joined the conservative army years later and being shot in 1867 along with Emperor Maximilian of Habsburg, of whom he was a great ally, by order of the liberal Benito Juárez for “treason against the fatherland”.

The feat of the Children Heroes has been officially commemorated since 1881, in the midst of the military government of the Porfiriato. But his legend gained special strength from the centenary of the war in 1947 as a result of an event that, also, is questioned by experts. 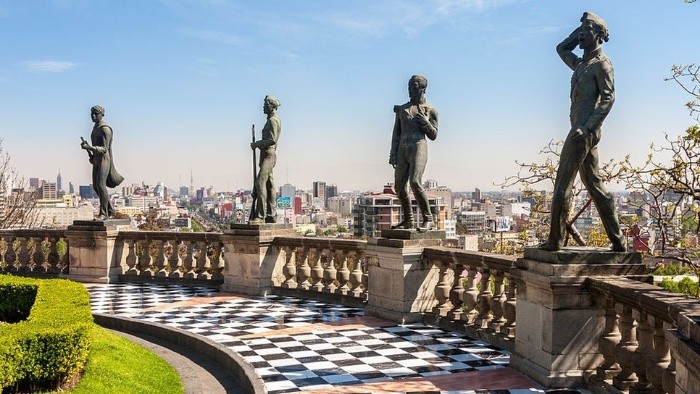 That year, US President Harry Truman visited Mexico to lay an offering to the fallen and pronounce a phrase that was not well received by many Mexicans: “A century of grudges is erased with a minute of silence”.

Popular unrest, however, subsided shortly after when the news emerged that six bones had been found on the slopes of the Chapultepec hill and which were quickly attributed to the Ninos Heroes.

“That was taken for granted and, in my view, It was a farce by Miguel Alemán (Mexican president at that time) to give greater relevance to the facts. There was no expert opinion nor did any anthropologist participate in its identification…. nothing,” criticizes Rivas.

After this discovery, the construction of the imposing Altar to the Homeland was ordered, made up of six marble columns and which, since 1952, houses said human remains. 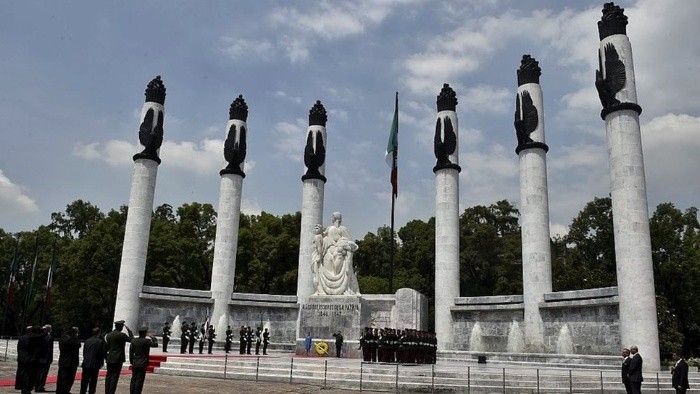 The Altar to the Fatherland welcomes visitors to the Chapultepec forest in Mexico City. GETTY IMAGES

To try to understand why some myths were included in this story, Vargas Ramírez stresses the importance of taking into account the context in which it occurred.

“The Children Heroes reflect the opposite of desertion, they represent those who stay and commit to the cause in this war so strong and terrible that it was the one between Mexico and the US,” says the historian.

“However, it was very difficult to get the population to commit to defending the territory. So, they represent precisely that aspiration in the face of the pain and trauma of Mexican society: what we would have liked to happen“.

It was in that scenario of military defeat for Mexico that this story emerged, which, in the expert’s opinion, “is a commemoration imposed from above, a tradition invented for political purposes as a perfect story as a model of civility.”

The Mexican government commemorates the Niño Héroes every September 13. GOVERNMENT OF MEXICO

Rivas agrees in framing this story in an attempt by Mexico to “build a national identity” that gained special momentum after the Mexican Revolution.

“And in this objective the fact of the Children Heroes fit perfectly. From there, they became one of the founding myths of Mexican nationalism that is still being taught in schools,” he recalls.

Asked if this episode should be seen by Mexican students in a way that is closer to historically corroborated reality, both experts are committed to telling it from a more critical perspective.

“More than erasing the reference to this myth from our books, I think we have to explain why we have built this mythology and what function it fulfills for the history of Mexico and for our national conscience,” reflects Vargas Ramírez. 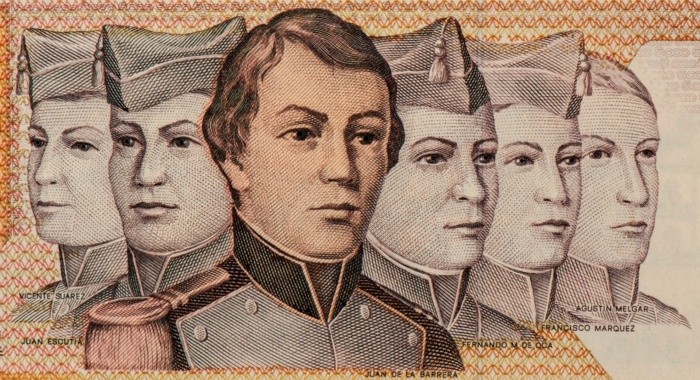 “You have to tell it from a perspective that recognizes that it is part of a narrative that the State has generated to give comfort in the face of such a traumatic event as was the war against the US”, he adds.

“The fact itself is really fictional and heroic in itself, it would not need to have all those modifications added. It should be taught in a critical way and leaving aside that romanticism for nationalism which clearly has a purpose”, coincide Rivas.