Niki Terpstra will stop cycling after this season, he announced on Tuesday. The former winner of Paris-Roubaix and the Tour of Flanders thinks it has been nice after twenty years as a professional.

“I have decided to stop as a professional rider at the end of the season,” Terpstra reports Instagram. “Despite the opportunities to continue, I feel it is time to close this incredible chapter of my career and focus on new challenges off the bike.”

The 38-year-old Terpstra was known as a cobblestone specialist and had his best years as a professional cyclist in the previous decade. In 2014 he won Paris-Roubaix after a late attack and for four years he soloed to a brilliant victory in the Tour of Flanders. Of all the Dutch riders, only Jan Raas, Hennie Kuiper and Terpstra managed to achieve that.

The victory in the Tour of Flanders was also the last victory in his career for Terpstra. After that, he was often the victim of heavy falls. In 2020 he even had to be admitted to intensive care after he had to evade a few geese during a training session on the Markerwaarddijk in Flevoland and then fell hard against a boulder.

Terpstra suffered a collapsed lung, broken ribs, a broken collarbone, a tear in his lower back and a concussion. After five days, he was released from the hospital. However, he never returned to the level before the heavy fall. He was unable to play a significant role in both the Tour of Flanders and Paris-Roubaix this year.

Niki Terpstra won the 2018 Tour of Flanders, one of the biggest victories of his career. 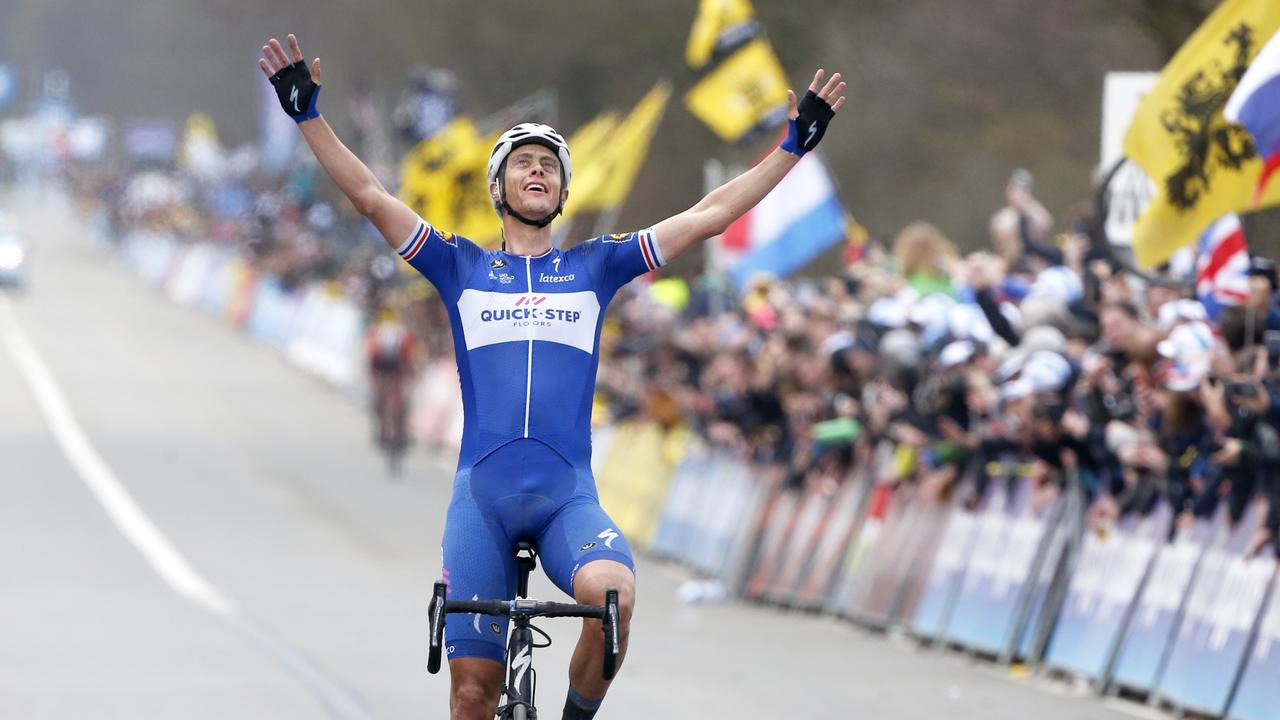 Niki Terpstra won the 2018 Tour of Flanders, one of the biggest victories of his career.

Terpstra became a professional cyclist in 2003 with the Dutch Cycling team Bert Story-Piels. In his first years, the North Hollander stood out with his adventurous way of racing, which resulted in the speed rider’s first professional victory in 2006. He won the fourth stage of the Tour of Belgium.

Thanks to that victory, among other things, Terpstra earned a contract with Team Milram in 2007, making his big breakthrough in the professional peloton a fact. After that it went fast for the Dutchman, who distinguished himself with his solos, unyielding way of racing and sober view of cycling.

Terpstra became Dutch road champion for the first time in 2010. Two years later he again won the national tricolor in the road race. A few months earlier he had written a classic to his name for the first time: Dwars door Vlaanderen.

That victory turned out to be a harbinger of an impressive list of honors on the cobblestones, which he rode together for Quick-Step. Not only did he win the two biggest monuments on the cycling calendar with Paris-Roubaix (2014) and the Tour of Flanders (2018), but he also triumphed in E3 Harelbeke, the Eneco Tour and Le Samyn.

Terpstra will thus go down in the books as one of the best classic Dutch riders of all time, even though his last four professional years with the French team Team Total Direct Energie did not bring him a victory.