Bernard Petit, the former boss of the Parisian PJ who spoke too much 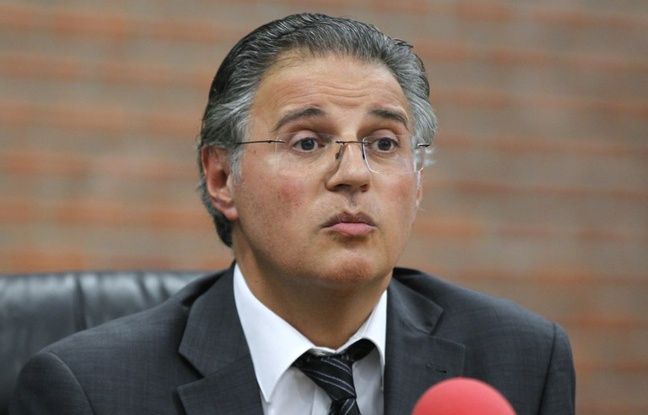 Did Bernard Petit lack flair? After having held various positions within the central direction of the judicial police (DCPJ), the ex-big cop was chosen in 2013 to lead the 2,200 civil servants who then worked at 36, quai des Orfèvres. But in February 2015, the boss of the Parisian PJ was suspended from his duties by the Minister of the Interior at the time, Bernard Cazeneuve. It must be said that, for several months, scandals have followed one another on the Ile de la Cité. After the accusations of rape brought by a Canadian tourist against two BRI police officers, the theft of 48 kg of cocaine by an agent of the narcotics squad, now Bernard Petit finds himself in turn suspected of having leaked, in 2014, with the help of his chief of staff, information on an ongoing investigation.

Almost eight years have passed since the events. From this Monday, the magistrates of the Paris judicial court, where Bernard Petit and 18 other people will be tried, will immerse themselves in this sprawling file for a month. In particular, they will try to understand why Commissioner Petit, whose professionalism had been undisputed until then, could find himself embroiled in a trivial financial affair involving Christophe Rocancourt – nicknamed the stars’ crook – the former founder of the GIGN, Christian Prouteau , Joaquin Masanet, a figure of police unionism, a lawyer or even a former secretary of state of François Mitterrand, Kofi Yamgnane.

At the beginning, there is an investigation carried out by the brigade of research and financial investigations, the Brif. At the time, the sleuths of the PJ were interested in the activities of Christophe Rocancourt, a notorious crook who had for a time been imprisoned in the United States, where he had extorted money from actors like Mickey Rourke or singers like Michel Polnareff. This time, they are intrigued by the links he has with a lawyer, master Marcel Ceccaldi. They discover that Rocancourt, who has not declared his taxes in France since 2012, has invested a large sum of money in the firm and recovers his investment by receiving half of the lawyer’s fees.

The latter is then in charge of the file of the Kartoubi sisters, two young women of Moroccan nationality in an irregular situation on the territory. To obtain their regularization, the lawyer asks Kofi Yamgnane, then candidate for the presidential election in Togo, to intervene with the prefect of police and the Minister of the Interior, in exchange for an envelope containing 3,000 euros. If the money has been paid, the intervention of the former Secretary of State for Social Affairs and Integration will have been useless, the two sisters being notified of an obligation to leave the territory.

Christophe Rocancourt decides to play another card by contacting Christian Prouteau, prefect who had founded the GIGN in 1974, who has since become a security consultant – an activity which brought him around 15,000 euros per year, which he had failed to declare for taxes since 2009. The two men met in 2010, on the set of the Grand Journal de Canal+. Since then, they have lunch together regularly. Prouteau, who boasts of his networks, claims to have contacted the prefect of police, Bernard Boucault. Alas, the senior official would have replied that he could not do anything for the two women, the husband of one of them being imprisoned in the context of a narcotics case. The service is not free. Rocancourt promises to pay him 2,500 euros.

Everyone is unaware of it, but their telephone conversations are spied on by the police officers of the Brif. On October 3, 2014, the agents decided to summon Prouteau to the Quai des Orfèvres. Worried, the former policeman decides to find out about the reasons for this summons. For this, he turns to Philippe Lemaître, another police officer seconded to the National Social Association of the National Police as administrative secretary. “I’m dating,” replies the latter. Indeed, Lemaître calls in the evening the head of the judicial police – on which the Brif depends -, Bernard Petit. They have known each other for twenty years. Three days later, on the eve of the placement in police custody of the founder of the GIGN, Lemaître called Commissioner Petit several times, as well as his chief of staff, Richard Atlan. He will even have a few minutes interview with them, at “36”.

At the end of the day, Lemaître finds Prouteau porte Maillot, at the request, according to him, of his boss, Joaquin Masanet. The boss of Anas, who had previously been at the head of the Unsa police union, boasts of kissing the Minister of the Interior and knowing President Hollande personally. He would have asked him to take care of this file personally. Lemaître reports to the former gendarme the remarks entrusted by the head of the PJ and his chief of staff: he will of course, in the context of police custody, on the case involving Christophe Rocancourt. Bernard Petit would also have whispered to him that the telephone lines of the protagonists of the file were tapped. Telephone contact between Lemaître, Petit and Atlan continued even though Prouteau was in the premises of the judicial police.

On February 4, 2015, the head of the Parisian PJ was arrested by investigators from the IGPN, the police force, and placed in police custody. In his office, they find a 7-page memo containing his arguments to prepare his defense. In front of them, Petit denies having communicated to Lemaître information covered by the secrecy of the instruction and calls his accuser a shameless liar and a “manipulator”. Lemaître would have “resentment” against him because, since the alternation of 2012, he would have trouble finding an assignment.

The Shadow of Freemasonry

But the examining magistrates are finding it difficult to understand why Bernard Petit, whose schedule is particularly busy, agreed to meet him the day before the Brif operation… “It seems surprising that a director of the judicial police, at this height of responsibility, devotes such availability to discussing these issues of summons and hearing, when he could not have failed to escape him that he was being asked and sought his intervention in order to to favor the fate of people likely to be implicated in the context of a judicial investigation”, underline the investigating judges in their order for reference.

In this case, the shadow of Freemasonry also hovers. Also in their order for reference, the judges note that the membership of this company, “real or supposed of the persons targeted” by the investigation, “appears implicitly throughout the procedure”. And the magistrates were surprised “that a large part of the people questioned, as witnesses or defendants, spontaneously declared to the investigators that they did not belong to any current of philosophical thought, even though this question did not concern them. not yet been asked, and have never ceased to insist on this point”.