Queen Elizabeth II of England has passed away after 70 years on the British throne.. During that time, the monarch made two visits to Mexico: in 1975 and in 1983.

The queen’s first visit was February 24, 1975, date that coincided with the Day of the Flag, and in which he remained six days in Mexican territory. On that occasion she went to Quintana Roo, Yucatan, Guanajuato, Mexico City and Veracruz, along with her husband Felipe de Edinburgh.

That day they arrived in Mexico City and were received by then President Luis Echeverría and First Lady María Zuna. It was not only the queen’s first visit to Mexico but the first visit by any sovereign of England.

They stayed at the Camino Real hotel. toured in Guanajuato the monument to Pipila and some of the most famous mines such as La Valenciana, the Teatro Juárez, the building of the University of Guanajuato (UG), the Alhóndiga de Granaditas and the local market of Guanajuato.

Also they knew oaxacawhere they went to the palace of crafts, the nightly celebration of the Guelaguetza and the archaeological zone of Monte Albán.

It transpired that on that visit the Queen said: “Mexicans are happy.” “I could tell by the festive way they acted.” 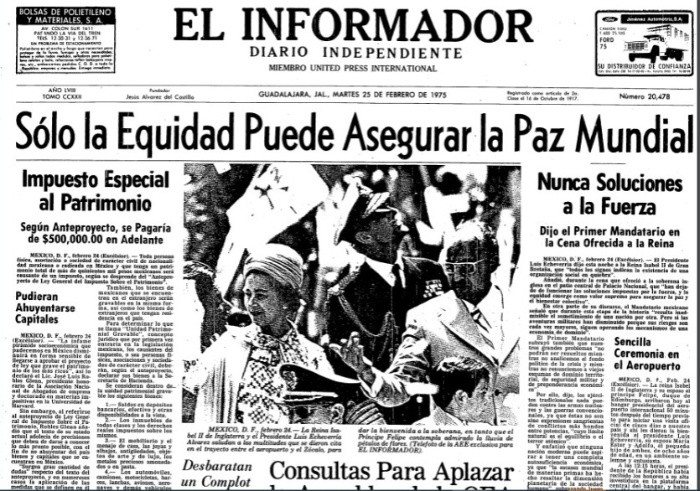 The second visit occurred on February 17 and he spent 9 days in Mexico (from February 17 to February 25). On that occasion he visited the coastal municipalities of Puerto Vallarta, Jalisco; Acapulco Guerrero; Lázaro Cárdenas, Michoacán and La Paz, Baja California Sur.

Elizabeth II of England visited the Ojo de Liebre lagoon, the Cathedral of Our Lady of La Paz “Airapi” and mainly the Jacques Cousteau (or Cerralvo) and Espiritu Santo islands. 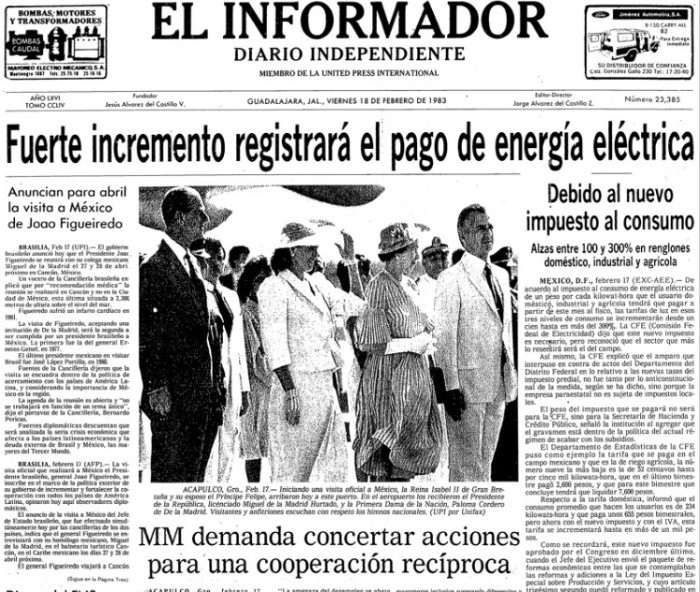 In his second meeting in Mexico, he went on February 21, 1983 to Puerto Vallarta, Jalisco. There the queen along with her husband were received by the mayor Jorge Leobardo Lepe García, the governor Flavio Romero Velasco and the president of the Republic, Miguel de la Mdrid, who gave him the keys to the city. 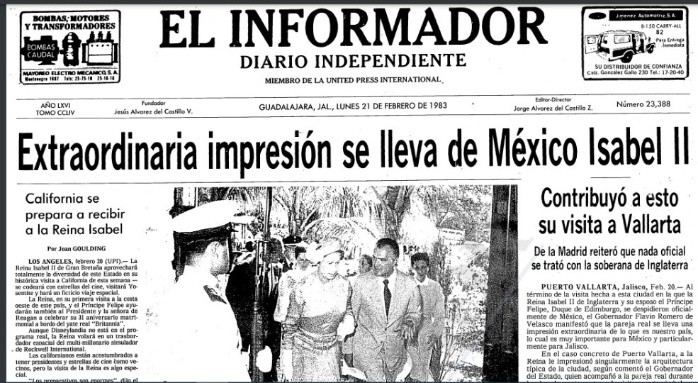