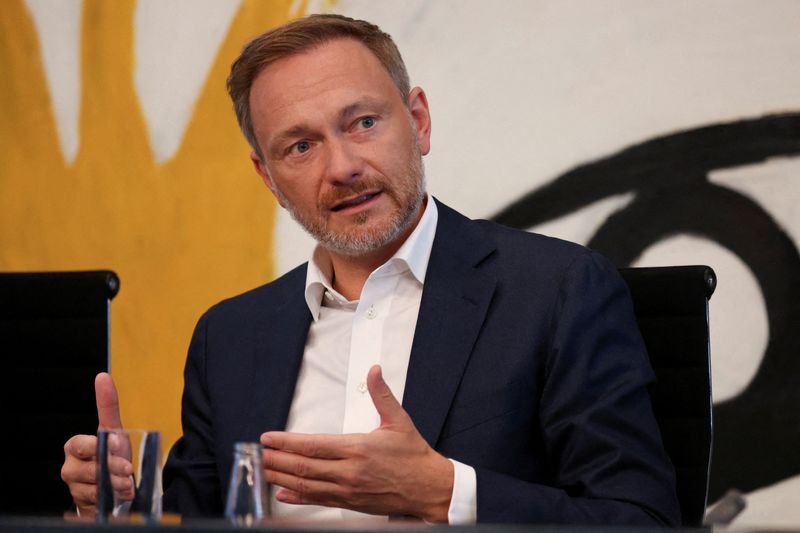 FILE PHOTO. The leader of the Free Democratic Party (FDP) of Germany and Finance Minister Christian Lindner addresses the media after a coalition committee of the SPD, Green and FDP parties on the new package of relief measures to counter the rising energy prices at the Chancellery in Berlin, Germany. September 4, 2022. REUTERS/Christian Mang

PRAGUE, Sept 9 (Reuters) – Germany is ready to implement a minimum corporate tax through national laws if the European Union cannot reach an agreement, its economy minister said on Friday, while his French counterpart hinted at the possibility of do the same.

Hungary has raised objections that have delayed the EU’s adoption of a 15% minimum corporate tax, standing in the way of a deal that would have made a global plan law across the bloc.

Germany and France have taken the lead in the EU to implement the minimum tax from 2023.

“We strongly support a European approach. We try to convince all member states, especially one,” said German Economy Minister Christian Lindner ahead of a meeting of EU economy ministers in Prague, alongside his French counterpart. , Bruno LeMaire.

“We have made the decision to apply minimum corporate tax in Germany if there is no European understanding on this and I think others will be open to a similar approach.”

France has said EU countries will find a way to adopt the plans for a minimum corporate tax rate, regardless of whether Hungary backs the reform.

Hungary has argued that approval of the plan could hurt the European economy, which is hurt by rising inflation and a building energy crisis as Russia cuts gas flows and electricity prices soar as a result. .

Le Maire said “justice” was needed in difficult economic times, which meant swift implementation of the plan, which has been years in the making. He said options at the national level would be open if cooperation was not possible.

“Now is the time to apply this decision, we must not talk,” Le Maire said. “We must decide and apply this minimum corporate tax no later than next year.”