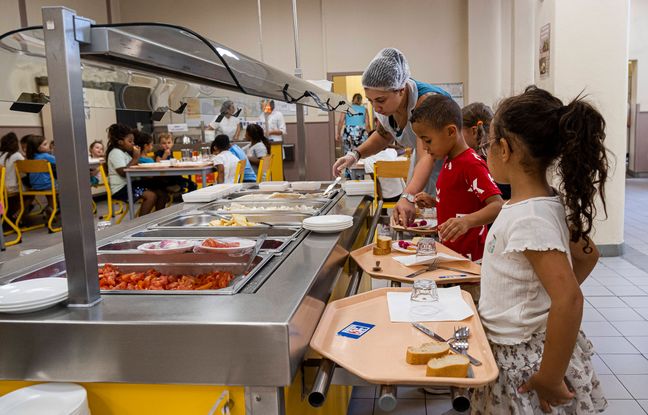 A little over a hundred children from the Louis Blanc school, in the 10th arrondissement of Paris, were victims of food poisoning, according to the mayor of the 10th arrondissement, Alexandra Cordebard, joined by 20 Minutes, confirming press information. Of these hundred, 35 of them were taken by firefighters to pediatric wards for observation and rehydration, and two were still in hospital this Friday at midday, according to the mayor.

These children from kindergarten and elementary school, as well as four adults, were vomited Thursday after the meal, according to the mayor of the 10th arrondissement. About twenty fire engines came to the scene, according to BFM Paris. “As of last night, the doctors reassured us about the state of health of these children whose disorders disappeared, they were rehydrated, they were tired as after a big gastro”, explains the mayor of the 10th.

There is no doubt that it is food poisoning, but the food concerned has not yet been identified, reports the elected official. Samples have been taken by a laboratory which should be made public at the beginning of next week. “Possible measures” could be taken at the end of these results, details the mayor.

This Friday, several families had chosen to keep their children for the day (about 40 children out of the 90 in nursery school, the figures for elementary school not yet being available). Cold meals were served while waiting for the kitchen to be completely sanitized this weekend and checks were carried out.