In Montpellier, the 3D pedestrian crossing “was not of much use” 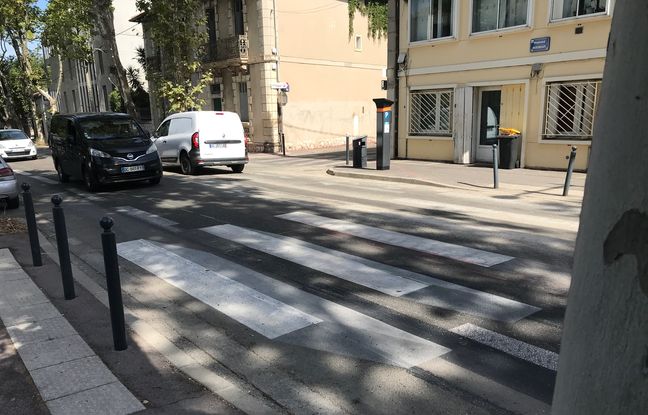 On the boulevard Berthelot, in Montpellier (Hérault), if there was a speed camera, the fines would rain down. Because on this road, not far from the Saint-Roch station, the cars spin at top speed, when there are no traffic jams. In an attempt to make motorists ease off (a little), mysterious street artists have drawn a 3D pedestrian crossing, on an already existing protected passage.

A few days later, the paint is already well erased, and, behind the wheel, you can hardly see it. If the initiative is commendable, a resident of the district regrets that it was not really effective: the cars always drive at high speed on this boulevard. You realize this quite quickly, trying to cross the tracks. “Motorists come out of there, and are angry because there is work,” regrets the young man, pointing to the two directions of traffic. “Already, the pedestrian crossing, at the base, was incidental, he smiles. So, 3D, you can imagine that it was not used for much. »

“This marking is not regulatory”, notes the city

“We have been undergoing massive traffic reports since the end of June”, due to the implementation of the new traffic plan for the city center, indicates, for its part, the collective of local residents Quatre boulevards. “We are in danger now on the boulevards and in many places we cannot cross the street safely. If the initiative of the artists is to be welcomed, it is very regrettable that the town hall does not itself ensure the safety of pedestrians, residents, cyclists…”

The city, which recalls that it is not at the origin of this passage in 3D, notes that “this marking is not regulatory and therefore cannot be used by the community. In order for users to drive more slowly, the local authority favors the use of road improvements, such as raising the roadway or any other authorized device. »