Putin wants to rebuild what Gorbachev broke down: ‘Nostalgia for the Soviet Union’ 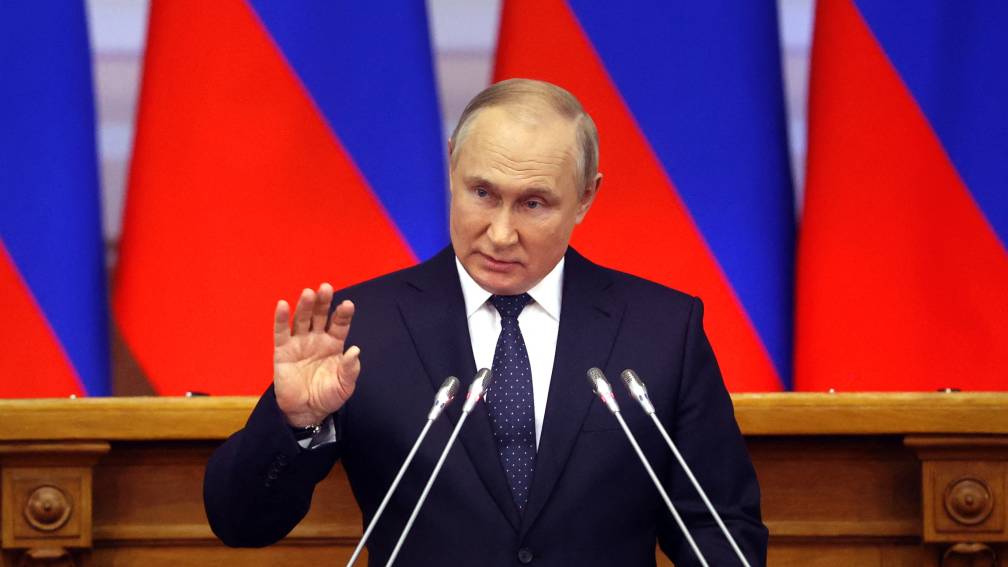 The disintegration of the Soviet Union was “the greatest geopolitical disaster of the twentieth century”, President Putin has been saying for years. The end of a powerful empire of which the yesterday deceased Gorbachev was the last leader. Putin, with his current policies, looks set to wipe out Gorbachev’s legacy.

Gorbachev died yesterday at the age of 91 after an illness. Today Putin conveyed his condolences to the loved ones of the last Soviet leader. Putin calls him in neutral terms “a politician and statesman who has had a major impact on the course of world history”.

The Russians react mixed to his death:

Mixed reactions in Russia to Gorbachev’s death: ‘We are the victims of his actions’

The course of history made Gorbachev anything but popular with much of the Russian population. “Gorbachev is extremely bad in Russia. He is blamed for everything: the economic crisis and hyperinflation in the 1990s and the loss of the satellite states,” says Russia expert Hubert Smeets. “He dismantled the Russian Empire.”

Mikhail Gorbachev’s funeral will take place in Moscow on Saturday. The public will have the opportunity to say goodbye to him between 10:00 and 14:00 in the Dom Soyuz, also known as the Pillar Room. In 1953 Josef Stalin also lay in state.

After the public portion of the funeral, Gorbachev is taken to his final resting place at the Novodevichy Cemetery in Moscow. According to news agency TASS, the former president is buried next to his wife Raisa, who died in 1999.

It is not yet clear whether President Putin will be there on Saturday.

In 1989 the Baltic states declared their independence. The countries in the Caucasus soon followed suit. The countries in Central Asia also broke away. Moreover, countries such as Poland, Hungary and Bulgaria left the Russian sphere of influence.

Putin is now trying to repair the loss of the Russian empire, including through Russian meddling in Belarus and the Caucasus, and with the war in Ukraine as the most recent attempt. “That is what the war is essentially about: Ukraine is not its own country, but Russia’s little brother it should listen to,” says Smeets about Putin’s perspective.

With the war, Gorbachev saw some of his work reversed. “Gorbachev is said to have told the editor-in-chief of the independent radio station The Echo of Moscow that he was upset by the war,” says Smeets. When Putin came to power in 2000, Gorbachev disappeared from public life. “He’s held back ever since.”

Gorbachev and Putin in 2004

“After the fall of the Soviet Union, there has been no reflection on their imperialism,” says Smeets. “As a result, Putin has also managed to gain a foothold with his message.” Slavist Wabke Waaijer also saw this happen. “Soviet nostalgia is cultivated by Putin.”

The fall of the Soviet Union in 1991 endeared Gorbachev to the West, but difficult years followed for Russians. “We underestimated this in the West. They were free, but there was also chaos. There was huge inflation, people struggled to make ends meet,” says Waaijer. “It was also unsafe: mafia gangs could do their thing. The older generation does not see the Soviet era as a dark time before, but cherishes the romance.”

That nostalgia is reflected in songs, movies, and the sale of products, such as Soviet ice creams, and at events. “On Victory Day, the communist hammer and sickle will return to the streets and people can get their food from field kitchens,” says Waaijer.

“The news in Russia about Gorbachev’s death is fairly neutral. The state press publishes obituaries. Reactions in politics are rather reserved. Again, nothing but good about the dead. The only reaction that stands out is of the Communist Party, who says he should have been tried before the end of the Soviet Union.

There are no plans for a state funeral. He is buried at the monastery where former President Yeltsin and his wife Raisa are also buried. Even if he wasn’t popular, hundreds or thousands of people could still come to his funeral.”

Putin does not want to return to the communist system from the Soviet Union. At the time, he worked as an agent for the KGB, the secret state service. “Putin and his fellow KGB members have not defended the communist ideology, but the state,” says Smeets. “The state is always more important than the Communist Party.”

That state must now be put on the map as a world power again. “Just like the empire that has existed since the nineteenth century, from Minsk in the west to Vladivostok in the east. He wants to join the world’s great powers again.”

The communist Soviet Union was one of the largest and most powerful countries in the world in the last century, under the leadership of Lenin, Stalin and Gorbachev, among others. How did the Soviet Union fall apart? NPO Kennis made this special about it.