After the rector of the University of Guadalajara (UdeG), Ricardo Villanueva, called the governor of Jalisco to definitively resolve the series of disagreements that they have had for more than a yearthe state president set conditions to reach the dialogue.

The governor said via a statement that he is not willing to negotiate political positions or any appointment of magistrates, judges or any space in autonomous organizations. He will not speak either, he explained, about the party linked to the UdeG, but It will be limited to matters that concern the University.

In a second point, he pointed out that he will not allocate resources for business of the group that heads the house of studies.
And, finally, he said that he refuses to talk while public buildings have banners with slogans and students are “used” to protest against the government.

This morning, Villanueva made “a sincere call for dialogue to resolve the problem.”

“This is not a boxing match and Jalisco is not a ring. We need maturity. We need dialogue. We need to set our sights high… and put the most important thing first: Jalisco and its University,” he said in a video.

The conflict between the two institutions began a year ago when the head of the state executive withdrew from the university 140 million pesos that were for the Museum of Environmental Sciences and allocated them to the Hospital Civil de Oriente, since then the university has carried out 142 marches to request more budget. 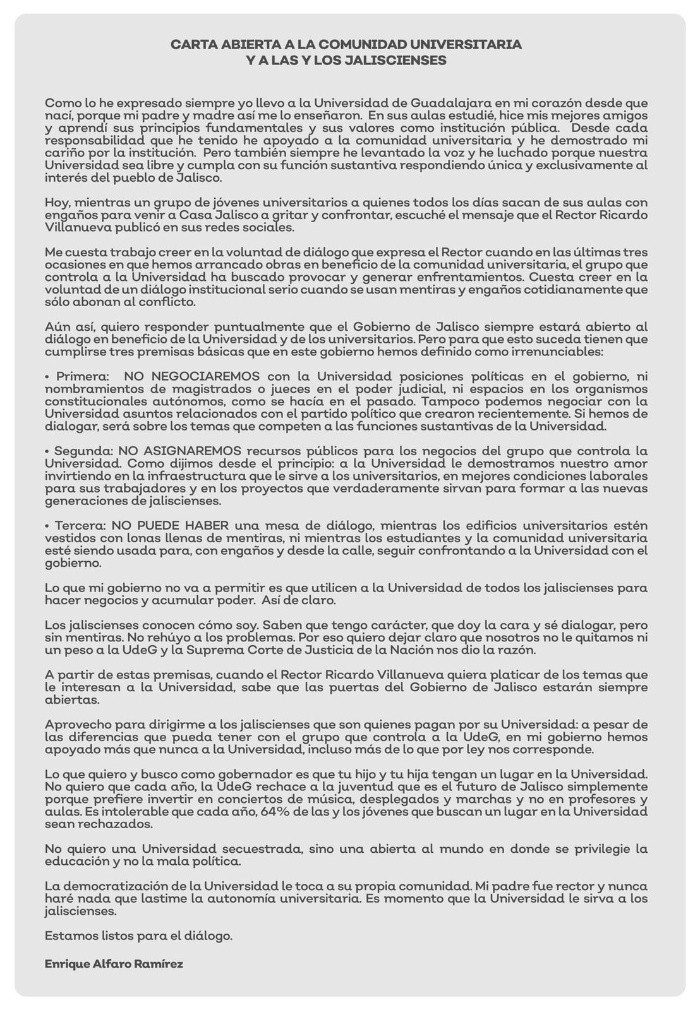