Peñarol could not at home against Danubio and tied 1-1 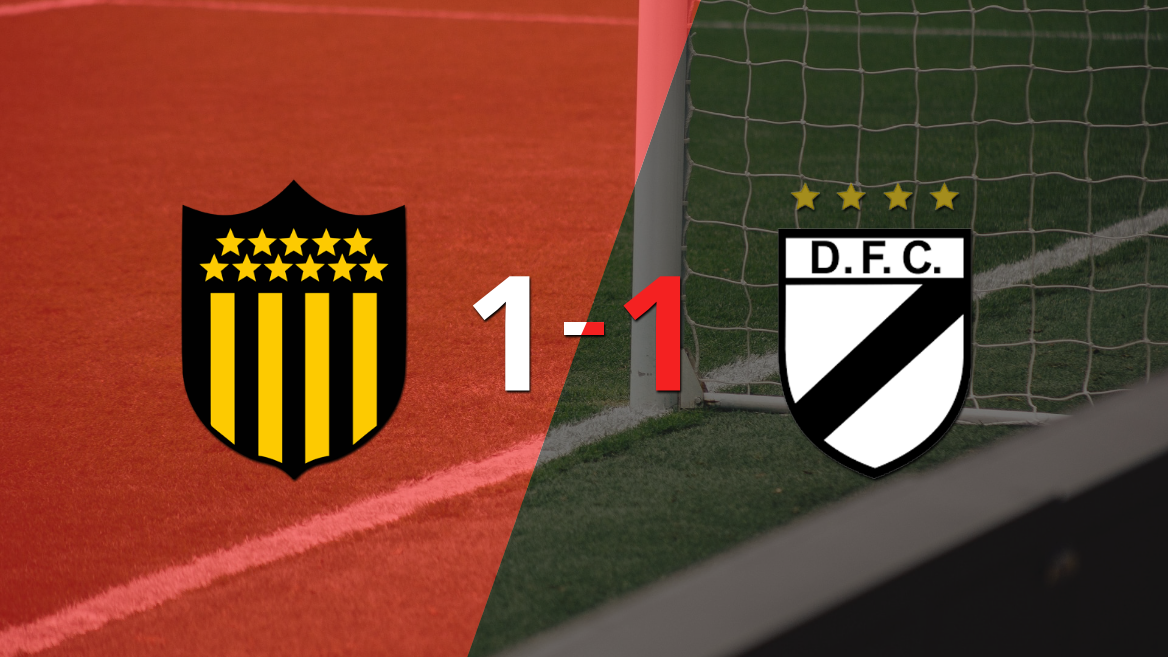 Peñarol and Danubio tied 1-1 in their duel corresponding to date 5 of the Uruguay tournament – Clausura Tournament 2022.

With a goal from Guillermo May, they began by winning the visit in the middle of the first half, however, 67 minutes into the second half, Brian Lozano managed to equalize for the locals.

The figure of the match was Brian Lozano. The Peñarol midfielder scored 1 goal and sought the opposite goal with 7 shots.

Guillermo May was another of the outstanding players. The striker from Danubio showed his best level by scoring 1 goal.

It was a game with a tough tackle and a hot atmosphere, after several fouls on the field of play. There were a large number of cautioned: Santiago Silva, Juan Manuel Ramos, Martín Rea, Gerónimo Bortagaray, Yonatthan Rak, Sebastián Cristóforo, Hernán Menosse, Diego Vicente, Nicolás Milesi and Lucas Viatri. Diego Vicente was sent off for a double yellow card (24′, 2T) and Hernán Menosse for a double yellow card (45′, 2T).

For their part, those chosen by Jorge Fossati took to the field of play with a 3-4-3 scheme with Esteban Conde under the three sticks; Emanuel Hernández, Martín Rea and Gerónimo Bortagaray in defense; Nicolás Rodríguez, Santiago Silva, Diego Vicente and Leandro Sosa in midfield; and Guillermo May, Sebastián Fernández and Aarón Spetale up front.

Esteban Ostojich was appointed as the main referee of the match at the Campeón del Siglo stadium.

On the following day, Peñarol will face Deportivo Maldonado as a visitor and Danubio will play the local game against MC Torque.

With this result, the host accumulates 8 points throughout the contest and ranks seventh. For its part, the visit adds 9 units and is located in fifth place.