Going on M6, it’s quits or double for the farmers of “ADP” 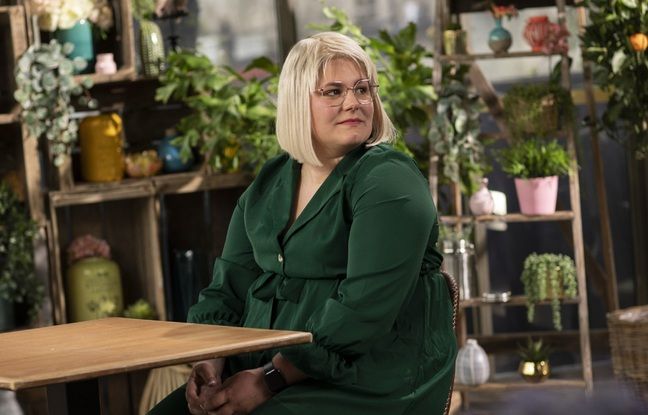 “We know that we are playing our life, we are not joking. It is the truth, we must not miss each other”. Thierry, a “rogue of fate”, looks serious, despite his usual overflowing joy, when taking stock of his participation in L’amour est dans le pré. The 65-year-old winemaker returns, seven years after his first visit, to find the one that will make his heart vibrate. His case is unique in the history of the show: never M6 and production had given a farmer the opportunity to try his luck again. This gives Thierry a considerable advantage, that of knowing the consequences of strong media coverage, unlike his twelve other comrades.

Exposing his head in front of millions of people every Monday evening does not seem to bother Alexandre, for whom the distribution of the portrait in February went well and who is not worried about the official launch of the season. Agnès asked herself questions before taking part in the adventure. The master brewer did not particularly fear the criticisms that could be leveled against her, but rather the impact of the show on her loved ones. “I was afraid that my attitudes could make my daughters uncomfortable,” she says. They rub shoulders with people and I didn’t want them to be embarrassed for me.

Portraits, the aperitif of media coverage

In order not to jump into the unknown, the production ensures that everyone grasps the stakes of such an exhibition. The class of 2022 was then brought together at the start of the year, off cameras, to get to know each other, share a good meal and be made aware of the use of social networks. “On broadcast, you can have a big love shoot just like a shoot full of people hidden behind their screen, and it’s difficult to manage,” says producer Déborah Huet. Farmers are then recommended to privatize their accounts, they are introduced to a psychologist and explained to them how the assembly is done, the summary of which in a few sequences of several days of cohabitation can prove to be frustrating.

Before the long quest for love, each of the participants knows their quarter of an hour of fame thanks to the portrait dedicated to them. The opportunity for them to taste the reactions of the public on social networks. Noémie, she “lived very well” this period, believing that her exchange with Karine Le Marchand resembled her. “All the messages I received on the networks, even from people I didn’t know, did my ego good and gave me confidence,” she says. Seeing that we like it feels good. No matter the outcome, I knew the show was going to be therapy for me.”

Shortly after their passage on M6, the singles were able to taste a semblance of notoriety. Even if she has not yet been recognized much, Agnès has been warned: it will come over the weeks. “I like it, it doesn’t bother me,” she laughs. The people who accost us are benevolent, they ask us for a photo. It’s nice, we haven’t had a review yet. We will have some, it’s obligatory, but they won’t come and tell us face to face, ”she relativizes.

The “ADP” family in action

What is good when you participate in Love is in the meadow is that you know that 195 people have been there before us. A network of “elders” is then created to allow newcomers to take their first television (and sentimental) steps smoothly. “Thierry gave me advice for speed-dating and mail, he told me to read between the lines. I also received messages from old people on the networks, ”says Noémie. Alain, he even exchanged with Matthieu (Alexander’s husband) before deciding definitively on his participation.

“There is the real community of alumni, some do coaching, reports producer Déborah Huet. Many came to Paris for the Agricultural Show and passed by Pierre and Fred’s stand, who gave them the keys”. The bond created by the farmers of this promotion during their meeting at the beginning of the year also helped some to better manage the stress of such an ordeal. “We exchanged messages every day and we could ask each other questions since we were all living the same adventure, underlines Noémie. We can talk to our family about it, they tell us things but it goes in one ear and comes out the other because they don’t really know what we are going through. Blood ties are therefore worth nothing next to the ties of Love is in the meadow.