Wild strike in the tire industry: they stopped production due to a union blockade of more than 100 days

The front of the Pirelli plant in Merlo, blocked by Sutna

“It will be easier to find the remains of Noah’s Ark than tires,” the owner of Fate and Aluar, Javier Madanes Quintanilla, said 48 hours ago, whose company is producing at 40% of its capacity, due to the savage union blockade that has been going on for more than 100 days suffer tire plants in companies in the sector throughout the country.

The union conflict, which became a wildcat strike and is causing great damage to the Argentine economy, due to union intransigence, the difficulties faced by companies and the consequent shortage of covers that has caused exorbitant prices and could paralyze the activity of automotive terminals due to lack of tire supply.

The union claim, for wage issues and the work regime in the sector, began in May and in recent weeks the Single Union of Tire Workers (Sutna) escalated it with the blockade of the tire plants of Fate, Pirelli and Bridgestone.

The Pirelli plant in Merlo, in Greater Buenos Aires, had to stop completely due to Sutna unionists blocking access and allowing only the passage of people from their own sector. The plant continued to produce for a while with the supplies it had, but finally had to stop as it was unable to remove the manufactured tires and ran out of physical storage space.

Ten days ago Pirelli issued a statement reporting the blockade to which it was (and continues to be) subjected with what it called Sutna’s “absolutely false” argument that union representatives are prevented from accessing the plant when in truth, he stressed, within of the company “there are internal delegates and staff from the Merlo branch.” Pirelli did remove a union representative who physically assaulted Pirelli workers by throwing stones at them during a demonstration.

The union itself recognized the actions in access to the three factories of “tire workers, the union representation and members of the piquetero movement and union organizations of struggle.” The general secretary of Sutna, Alejandro Crespo, is a member of the Partido Obrero and demands payment of 200% of the hours worked on weekends, a measure outside the current labor agreement, which establishes the 6 x 2 system: workers work 6 days in a row and then they have 2 francs, on rotating days. For each day worked, they charge 100%, regardless of the day of the week they do it, and if they add additional days, they charge the extras at 150% or 200%, depending on the day in question.

The union seeks to change these conditions and force the payment of extras not contemplated in the Agreement, taking advantage of the peak in demand in recent months, fueled by orders from automotive terminals but also by restrictions on importing tires from abroad. 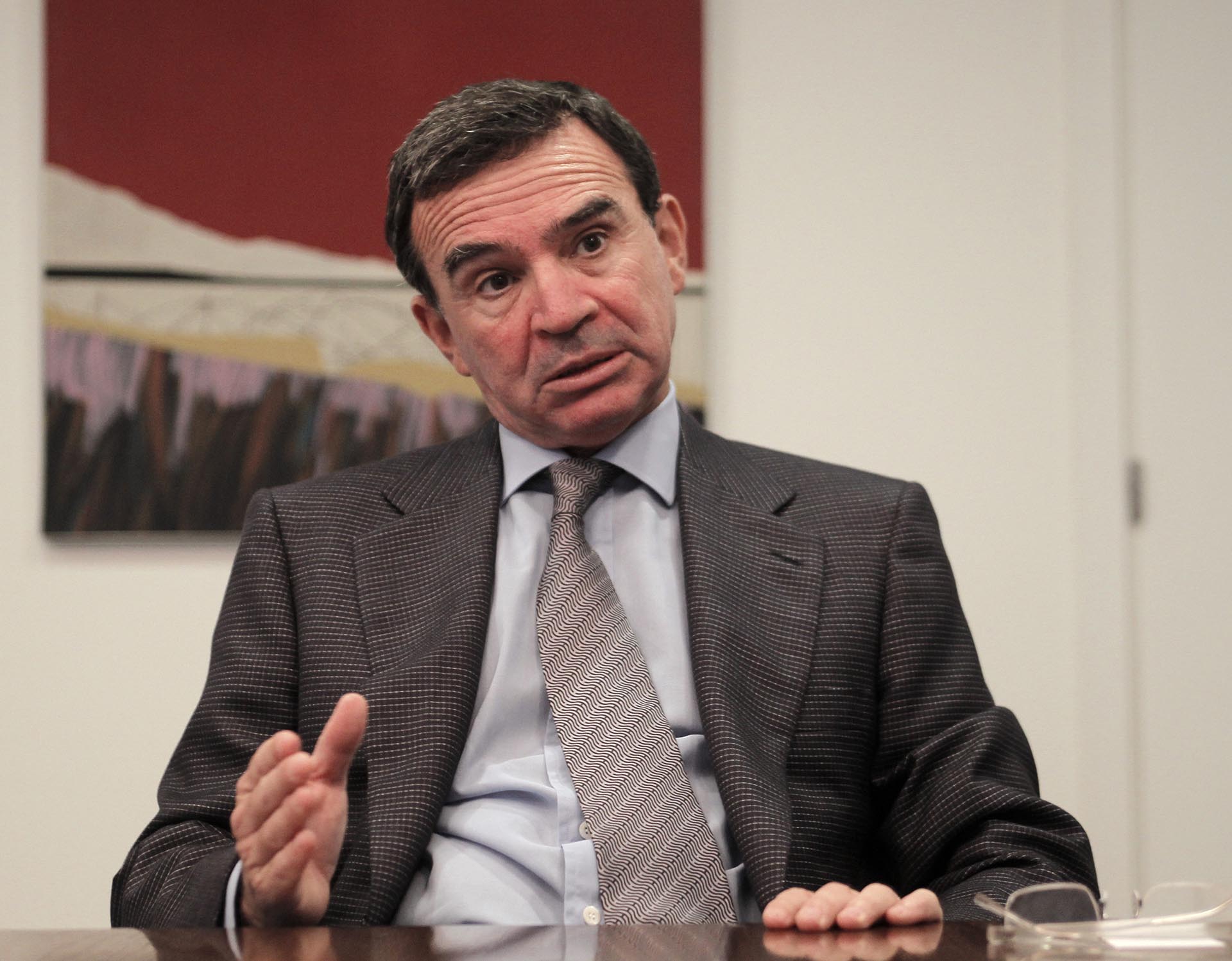 “It will be easier to find remains of Noah’s Ark than tires,” warned Javier Madanes Quintanilla, from Fate REUTERS/Enrique Marcarian (ARGENTINA – Tags: BUSINESS)

The situation affecting the sector, underlined Madanes Quintanilla, from Fate, has brought the price of tires to “exorbitant” levels and to uncertainty about whether the automakers will soon have to drastically reduce their activity or even stop it. The suspension of activity in automotive terminals (there were already signs of this in Nissan and Renault plants in Córdoba) and in the tire-producing sector itself, in turn, compromises the payment of wages.

In the week that passed there was a meeting between the parties in the Ministry of Labor, which did not produce results and after which the Sutna resumed the total blockade of the plants. Until before that decision, the pace of production had been restricted by the frequent assemblies, but it had not stopped completely.

The forceful measures began in April and in mid-May the union rejected a 66% wage increase and caused a 20% drop in production. Crespo had already described the position of the companies as “greedy and petty”. His demands, in any case, are very difficult to satisfy because, as he expressed even then, he denounced a “wage arrears that we have dragged on for decades.”

Faced with union intransigence, Pirelli, Fate and Bridgestone issued a statement withdrawing the offer of a quarterly bonus and proposed to start discussing the 2022/2023 joint venture. The Sutna anticipated his rejection and said that on Monday there will be a new meeting in the labor portfolio.

Meanwhile, the conflict has already caused the three tire production plants in Argentina to be partially (Fate works at 40%, estimated Madanes Quintanilla) or totally stopped (as is the case of Pirelli), forcibly preventing activity and the income of those who do want to work, compromising the activity of automotive terminals and causing shortages and exorbitant prices in the coverage market, which inevitably ends up affecting the owners of private vehicles and the costs, activity and safety of the transportation system of Argentina.

Spending cuts, bilateral loans, energy and lithium: the details of Massa’s agenda in the US Argentina is the only country in Latin America where general inflation is higher than food inflation