TU students are increasingly burdened by stress, loneliness and pressure to perform due to too high expectations. To get them out of a negative spiral, the university wants to encourage making mistakes more. ‘I hate the word failure’, says Vice-Rector Magnificus Rob Mudde.

This article is from AD Delft. Every day a selection of the best articles from newspapers and magazines appears on NU.nl. You can read more about that here.

Hundreds of TU students show their best side in the blazing sun on Wednesday afternoon during the OWee activity market. Chess players, rowers, jazz fanatics, football players and illustrators. They have all set up their own stall on the grounds behind TU sports building X. The aim is to enthuse prospective members at the start of the new academic year.

Bart (18) has just had his nails painted turquoise at the stall of Outsite, the Delft lhbtiq+ student association. “What are all those old people doing here?” The Eindhoven resident, dressed in a band shirt, looks a bit dazed when he discovers Queen Máxima’s entourage. “Hey bro, the queen is here!”, his friend Andy (18) taps him on the shoulder. With wide eyes, Bart sees Máxima in sky-high blue heels stepping up to the stall to talk with Outsite members. It is about inclusiveness, mental well-being, stress and pressure to perform.

As ambassador of the MIND Us Foundation, which is committed to the mental health of young people, the Queen tries to gauge how Delft students are feeling. “Social contacts are important, so I understand that’s what it’s about,” says Bart. “I also want to join something. But not at such a drinking club. The alcohol may be there, but it must above all be normal with pleasant people.” His friend Andy nods. “We try to motivate each other, all that fuss around it is not necessary.”

“I was shocked when they called me zero,” says Bart about an experience earlier this week. “I understood dick at first,” he laughs. “But by that they mean zero-years because you are not yet in the study banks or at an association. You are not quite part of it yet, I notice that.”

Queen Máxima and Minister Robbert Dijkgraaf (Education, Culture and Science) will visit the activities market of the Reception Week and the Introduction Program for new students in Delft. During the working visit, topics such as stress, pressure to perform and the importance of associations for the mental health of students were discussed. 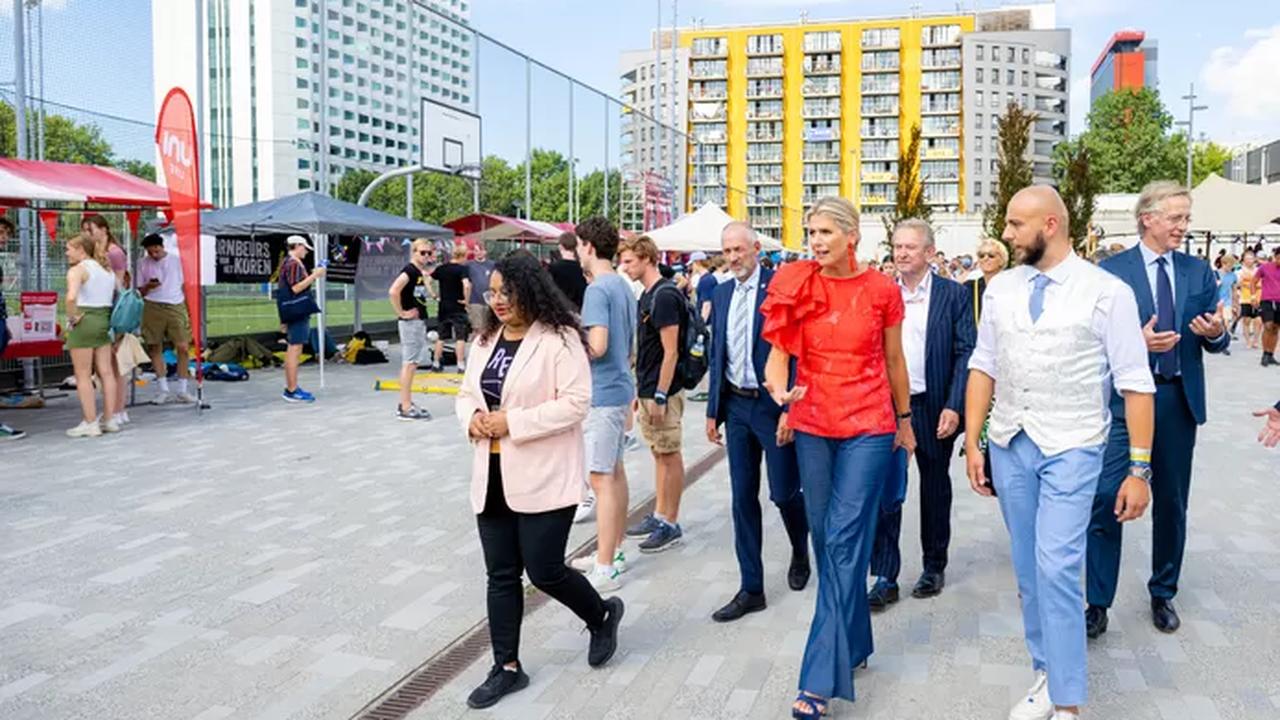 Queen Máxima and Minister Robbert Dijkgraaf (Education, Culture and Science) will visit the activities market of the Reception Week and the Introduction Program for new students in Delft. During the working visit, topics such as stress, pressure to perform and the importance of associations for the mental health of students were discussed.

Strangely enough, without realizing it, the Eindhoven resident gets to the heart of the problem being discussed that afternoon. More and more students are getting stuck because of stress, loneliness because of corona, but especially because of the great pressure to perform, they tell the Queen and Minister Robbert Dijkgraaf (Education). “That is only partly due to studying itself”, student Tom de Laat tells them.

“We want to perform, solve things, we experience stress due to social things that have to be done, climate change and the search for a room,” he sums up for them. “The pressure comes from outside a lot. When you say you’re studying at TU Delft, people often respond with: oh, so you’re going to solve all our problems?” says De Laat.

“Please do!” the minister jokes. Dijkgraaf emphasizes that student welfare is a social problem on which he will spend a lot of attention and money in the coming period. “Billions have been earmarked,” he refers to plans for education. “Only the signatures still need to be added.”

Vice-rector magnificus Rob Mudde wants to do more in the near future to work on the well-being of TU students and to prevent them from getting stuck. “It’s good that students articulate that they feel enormous pressure,” he responds to the stories. In addition to pressure to perform due to high expectations and ‘wanting too much at once’, it is difficult for teachers to get a grip on students who get stuck, Mudde notes. “If you’ve got a room with two hundred students in front of you, be sure to pick them out.”

Opposite him at the table, the minister and the queen nod in agreement. “The word failure really has to get out,” emphasizes the TU director. “It’s such a negative thing. There are very few people who just have success after success in a linear line. That’s unrealistic.”