Government and Congress intend to provide aid to “political prisoners”, captured in the framework of the protests of the social outbreak 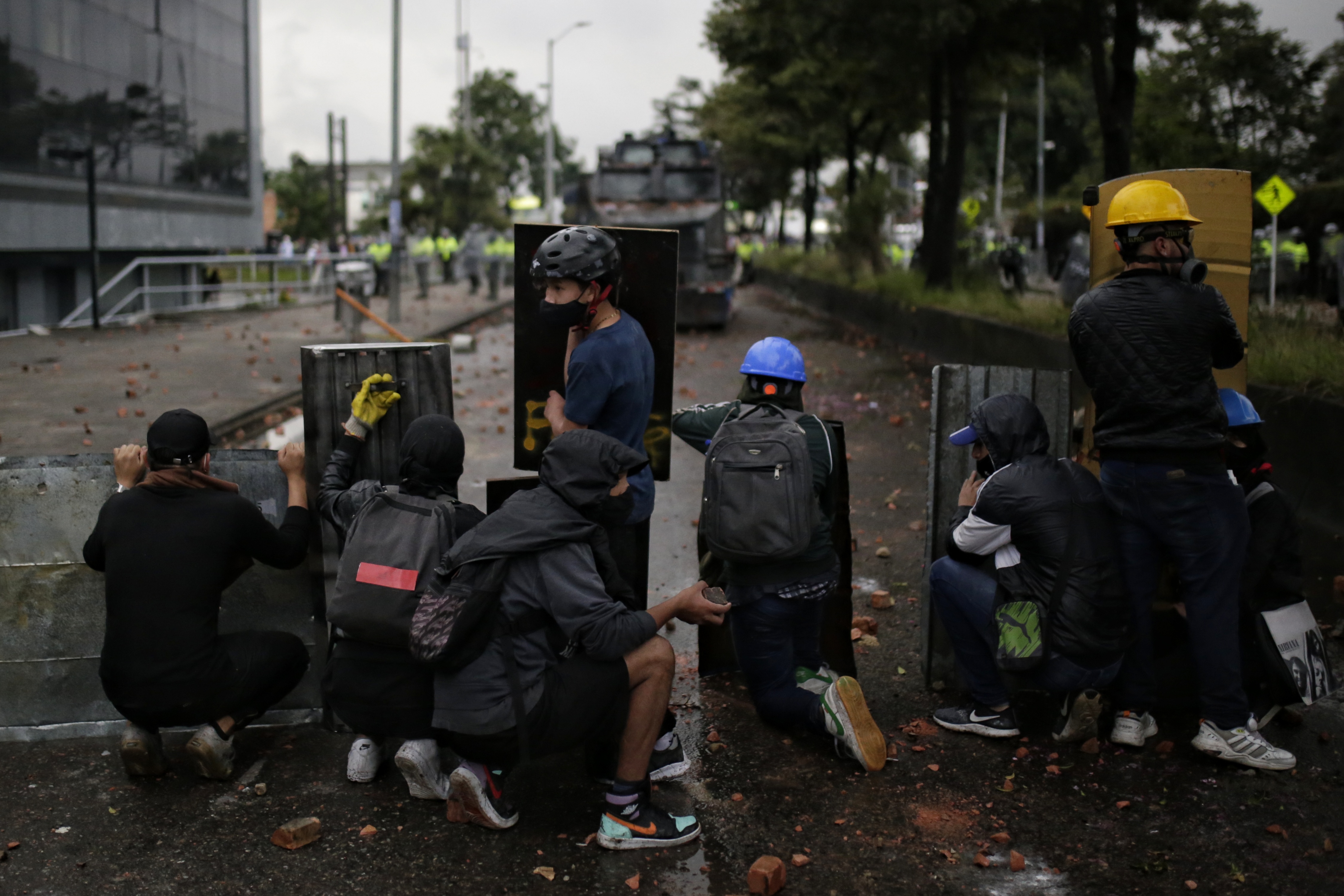 The incoming government would seek the release of the members of the First Line, who were captured in the framework of the 2021 National Strike. Photo: Colprensa

President Gustavo Petro has expressed at different times his bewilderment at the capture of the alleged members of ‘The First Line’, most of them are young and were part of the demonstrations that took place in different parts of the country in rejection of the reform proposed by the government of the then president, Iván Duque. Cycle of protests that became known in the country as a social explosion.

After the capture of these young people, the president of the Colombians has not kept his silence to classify this series of arrests as “political prisoners”, as he expressed it in one of his trills published for the month of August of last year.

“If 165 young people from the ‘front line’ have been arrested just for defending the right to protest, we are facing 165 political prisoners that the entire national and international human rights movement must defend to avoid such arbitrariness,” President Gustavo said at the time. Petro.

With his arrival at the presidency, he assured that he would make efforts to achieve the release of these people, since he considers that these captures should never have taken place, so they should be free, as he maintains.

Recently, the president of the Colombians took possession of Gabriela Posso Restrepo, a Business Administrator graduated from the Universidad del Valle, who from her social networks makes clear her position regarding the arrests of the people who make up ‘The first line’ .

“For the freedom of all political prisoners, we express our solidarity as the Gustavo Petro youth intersectoral junction table with all the actions that are being carried out. For the freedom of the 9 prisoners from PR and other comrades!” said Gabriela Posso in a trill published on July 29 of this year.

This message of liberation for those captured in the framework of the social protests during the past year is one that the Presidential Adviser for Youth has carried at all times. In her possession, she wore a shirt that manifests itself in favor of the freedom of the young people allegedly members of ‘The first line’.

“Freedom for political and social prisoners”, said the T-shirt that she wore in her possession as Presidential Advisor for Youth.

In an interview he gave to the week magazine, Gabriela Posso described the arrests as “judicial false positives” and assured that from her management as counselor she will take the necessary steps to provide all the support they require.

“We reject judicial false positives and we will be reviewing all cases, with support clearly respecting the judicial branch and respecting its autonomy, but providing legal support, both to people who are incarcerated, as well as to different relatives who are victims of the crime. social outbreak”, expressed Gabriela to the previously mentioned medium.

On the other hand, several members of the House of Representatives installed an accidental Commission to supervise the rights of these people who remain deprived of liberty.

“Today we install the Accidental Commission of Guarantees for Social Protest, with which we will defend the rights of young people who became political prisoners as a result of the social uprising in 2020. We will provide legal support in their cases demanding their freedom,” said Gabriel Parrado, representative to the Chamber for the Historical Pact.

According to what was reported by the members of this accidental commission, this act does not have the intention of intervening in the channels of justice, since they point out that they only intend to act as supervisors to guarantee that those captured have the guarantees that every inmate must to have.

From Catatumbo, Gustavo Petro proposes an assembly of coca growersAssurance measure against Luis Alberto Monsalvo Gnecco, governor of CesarDriver accused of ramming a cyclist north of Bogotá defends himself: “I heard shots in the air and blows to the car”