With ‘Gini’ in mind, AS Roma counteracts along promoted Cremonese 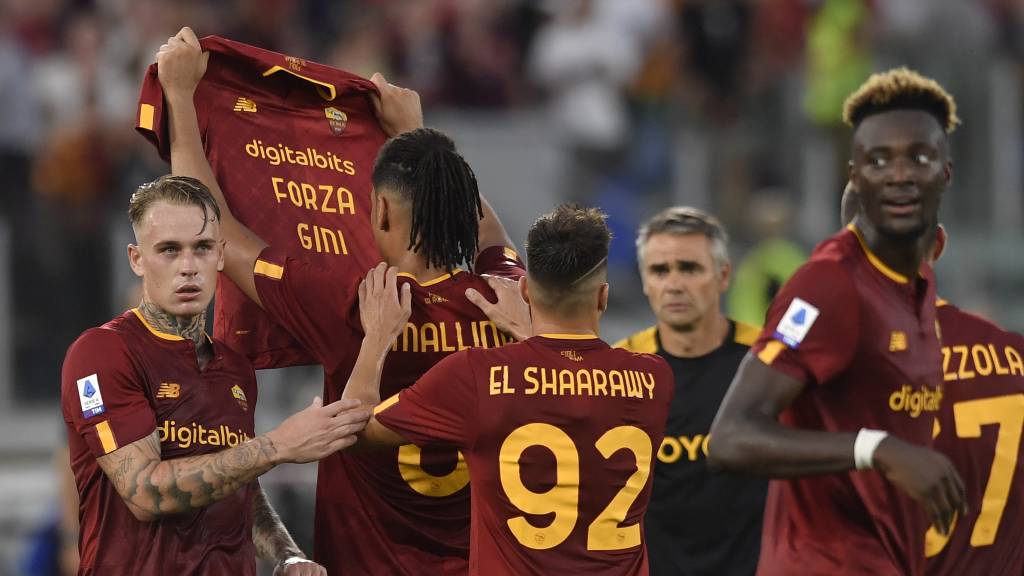 Without Georginio Wijnaldum – his absence was not to be missed at the Stadio Olimpico – AS Roma has beaten Cremonese. The team of former Feyenoord player Cyriel Dessers played bravely and had a bit more of the ball, but had great difficulty with the quick outbursts of the Romans. Miraculously, it remained only 1-0.

AS Roma started the warm-up with a statement of support for the injured Wijnaldum, who broke a shin bone in training on Sunday and will probably not play until January, according to La Gazzetta dello Sport. So no World Cup. ‘Forza Gini’ read on the white t-shirts in which his teammates warmed up for a few minutes.

Trainer José Mourinho already showed his condolences on social media earlier in the day. “Sometimes football can be shit. In just two weeks, Gini has become one of us because of his human qualities. We already knew his football qualities.”

Mourinho briefly wiped the floor with “the scum” that he believes is spreading rumors about the alleged culprit of Wijnaldum’s injury, Felix Afena-Gyan. “Let’s all stand together tonight: we play for AS Roma, for Wijnaldum and for Afena-Gyan,” Mourinho took advantage of the incident to promote team spirit. 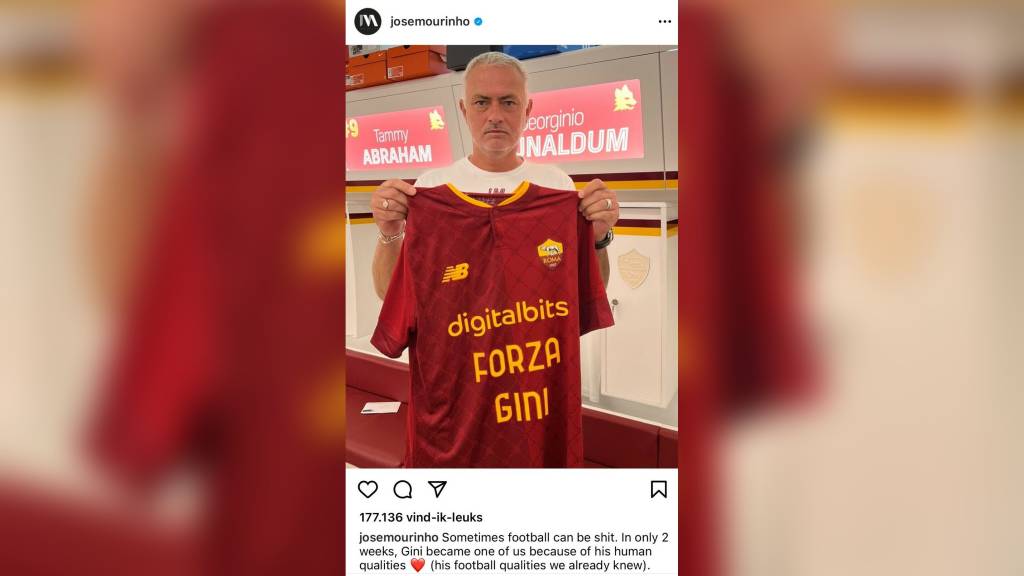 Mourinho sent his team into their own Olimpico with a typical Mourinho attitude. Holding back, disrupting, holding back again and then creating danger on the counter. That worked several times through Leonardo Spinazzola, Tammy Abraham and Nicolò Zaniolo. But the footballing Cremonese gave the match color.

Dessers’ bicycle kick after more than half an hour looked a bit clumsy, but deserved more than grabbing the outside of the post. With his powder shortly after the break, the Belgian-Nigerian striker was even closer to his first goal in Serie A: full on the crossbar. For his second bicycle kick of the evening, he earned more judges’ points, but that one also went wide.

Furthermore, Roma was the most dangerous team before half-time despite less possession. The newly promoted Cremonese dismantled the Roman counters a few times with decisive tackles. Also when Luka Lochoshvili stopped the escaped Zaniolo with a correct tackle.

In the tumble that followed, the 23-year-old Italian landed incorrectly on his shoulder. By golf cart and with a limp left arm, the glamor boy from Massa hobbled to the side. After two torn cruciate ligaments in two years, Zaniolo is apparently again waiting for long injuries. Replace ‘Gini’ on the white shirts for ‘Nico’. 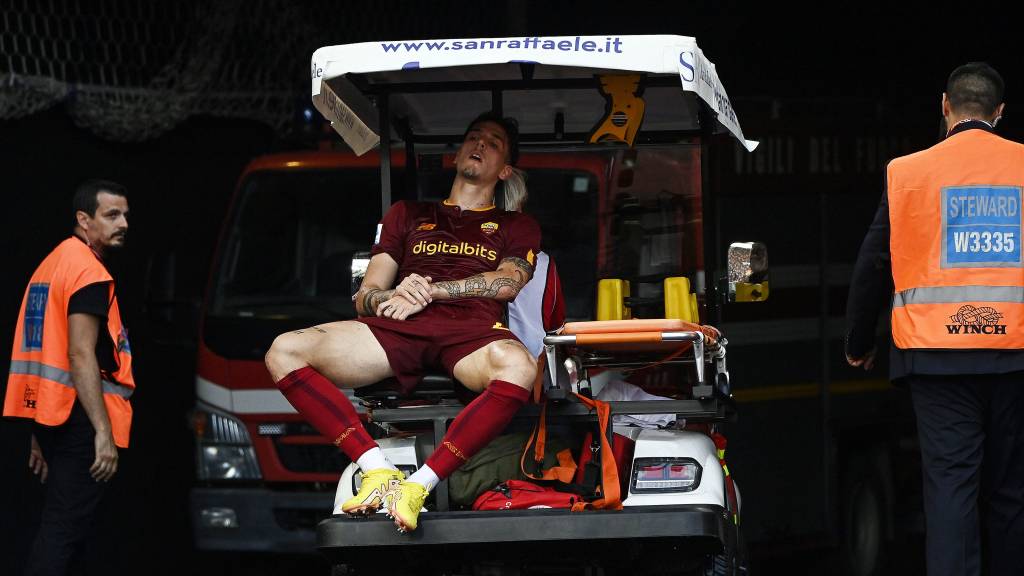 The fast El Sharaawy turned out to be a worthy replacement for Zaniolo, especially when he hit the crossbar after just under an hour of play. The visitors’ tank slowly emptied and the heads hung completely when Chris Smalling scored the only goal of the game, by heading in out of a corner (1-0).

Just to emphasize where the team’s thoughts were, Smalling conjured up a number 25 Roma shirt to celebrate the goal. The name above that number: Wijnaldum. For example, the Roman tifosi could not have failed to notice how much their club relies on team interest, if it was not already clear after watching the match.