After the rain recorded early this Monday at different points in the Guadalajara Metropolitan Area (ZMG), the city woke up covered in mist.

An example of this is the one documented in the area of ​​Patria and Acueducto, where this phenomenon minimized the visibility of motorists, cyclists and pedestrians.for which they had to circulate with greater caution. 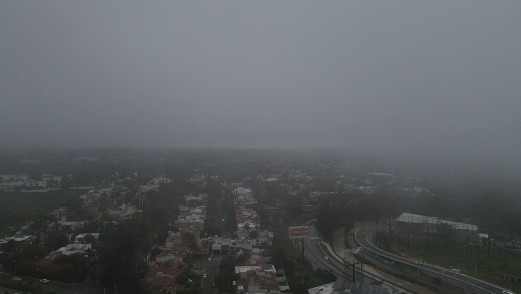 THE INFORMER / A. Navarro

Regarding the rains the AMI noted the probability of scattered precipitation not only in the early morning hours, but also in the late afternoon and evening.e, for which citizens are asked to plan their daily activities based on it. The environment will feel humid and warm during the day and warm at night.

What to do in case of fog?

According to the National Coordination of Civil Protection, fog is the suspension in the atmosphere of microscopic drops of water or moist hygroscopic nuclei that reduce visibility on the surface, between one and 10 kilometers, with a humidity percentage of 80 to 90 percent.

In the event of fog, it is recommended, especially for drivers:

Turn on the car lights. If the fog is very intense, the “fog lights” can also be used. Do not use the high beams, preferably turn on the intermittent ones. Reduce speed for greater control of the vehicle. Use windshield wipers and defogger to improve vision. Keep your distance from other vehicles. If necessary, park in a safe place until the fog clears.