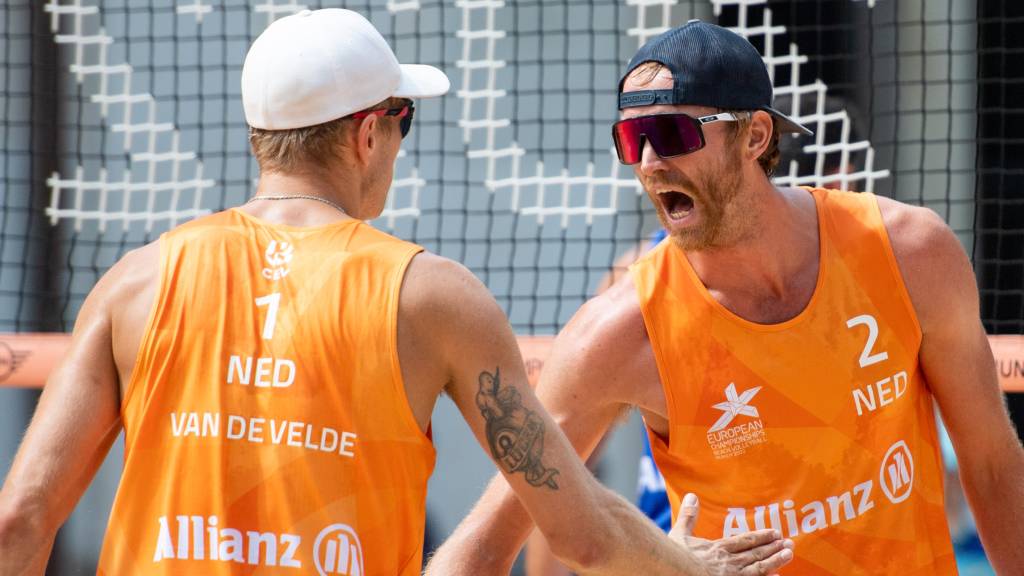 Mart van Werkhoven and Steven van de Velde have made it to the eighth finals of the European Beach Volleyball Championship in Munich. The Dutch duo was 2-0 too strong for the Italians Daniele Lupo and Alex Ranghieri in the first round.

Van Werkhoven and Van de Velde were supreme in the first set. The Dutch lead quickly grew and with a difference of no less than nine points, the first set was won: 21-12.

The second set was equal and remained exciting for a long time, but at 21-21 the Dutch champion managed to take two points in a row. Van Werkhoven/Van de Velde thus won the match 2-0 and can prepare for the eighth finals.

The duo Alexander Brouwer/Robert Meeuwsen had already qualified for this by winning their group in the group stage. Katja Stam and Raïsa Schoon did the same, who will play in the eighth finals on Thursday evening. Stam/Schoon then takes on twin sisters Inna and Iryna Makhno from Ukraine.

The women’s duos Emi van Driel/Pleun Ypma and Emma Piersma/Mexime van Driel were eliminated in the group stage of the European Championship in Munich.