Update on deadly storms in Corsica 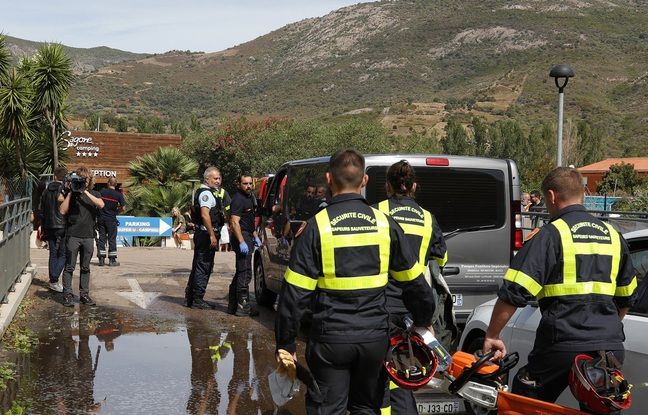 A violent stormy episode hit Corsica on Thursday, causing the death of at least five people, injuring 14 others, two of them seriously. The human toll is dramatic, and the material one looks just as heavy. 20 Minutes takes stock of the situation, while Gérald Darmanin, the Minister of the Interior and Overseas, announced that he would go there this Thursday afternoon.

What is the human toll of these violent storms?

To measure the extent of the disaster, the previous violent stormy episode in France, which occurred in June, had caused the death of a person, in Rouen… Proof of the violence of the stormy episode and its extent, Corsica account of the dead both in the south and in the north of the island, according to a still provisional report. In Sagone, a coastal town on the west coast of southern Corsica, a 13-year-old girl died after a tree fell on the bungalow where she was staying. Along with her in the accommodation, another person was seriously injured. Eight other people were also injured at this campsite, firefighters said.

A handful of kilometers away, in Coggia, a 72-year-old woman died on Liamone beach after the roof of a straw hut fell on her vehicle, the prefecture said. A little further north, still in the south of the west coast, a 62-year-old fisherman died in Girolata, the maritime prefecture announced. His body was found in the waters of the gulf, while he was missing.

In the north of Corsica, in Calvi, a 46-year-old Frenchman died. In another campsite in this city-citadel and seaside resort, a 23-year-old Italian woman was rushed to hospital when she was in cardio-respiratory arrest. Finally in Erbalunga, on the east coast of the northern tip, the body of a kayaker was found dead.

What is the material damage?

Following the storms, 45,000 homes were without electricity, according to an announcement from EDF, reported by France Info. By mid-afternoon, 35,000 of them were still without power. A significant figure, to be measured by the yardstick of the 340,000 people who live on the island year-round (against more than double in summer). According to the many videos and photos circulating on the networks, the material damage linked in particular to the fall of trees and branches seems numerous and will probably have to be quantified by the insurance companies.

On the sea side, while many yachtsmen choose Corsica as a summer destination, the maritime prefecture reported in the morning about sixty “operations in progress at sea or on the Corsican coast”, in a “West-Corsica sector, Calvi, Balagne and a bit in Cap Corse”.

Many boats saw their mooring break in the face of the violence of the winds, running aground on the coast. Others were “turned over or in perdition” that is to say drifting without anyone inside, said a spokesman for the maritime prefecture who deplored “several injuries on the boats” without there being has “involved vital prognosis”.

On Wednesday, Météo-France had classified Corsica in storm yellow vigilance for the night of Wednesday to Thursday and the morning of Thursday with winds that could reach 80 to 100 km / h. The reality was quite different: gusts measured at over 200 km / h, with a peak of 224 km / h recorded by the Marignana station, not far from Sagone, where the 13-year-old girl died. In fact, Météo France raised Corsica this morning shortly after 8 a.m. in orange vigilance.

If the afternoon sees the storm fronts move away, although “some more locally stormy and less marked showers remain possible during the day. A resumption of stormy activity is expected next night (from Thursday to Friday)”, warns Météo France which has again placed Corsica on yellow alert until Friday morning.