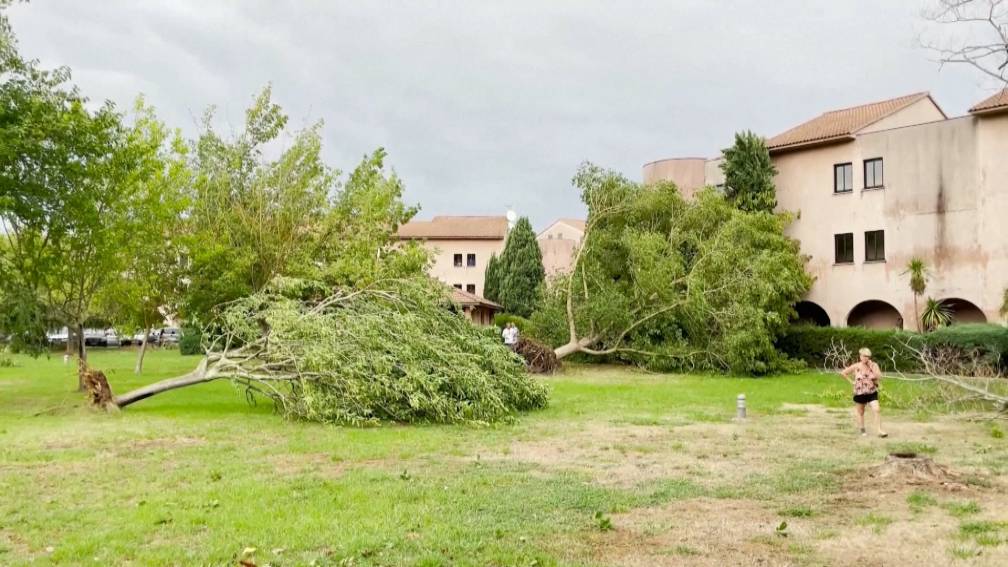 At least three people have died in a severe storm on the French island of Corsica. Two of them, including a 13-year-old girl at a campsite, were hit by falling trees. An elderly woman died when the roof of a beach club blew on her car.

In addition to the fatalities, at least twelve people were injured in the storm. One of them is in hospital in critical condition, local authorities report to the AP news agency.

The island in the Mediterranean, which is a popular holiday destination, was hit by a severe thunderstorm this morning. Wind speeds rose to more than 220 kilometers per hour, says the French weather institute Meteo France. The storm has left 45,000 people without electricity, according to the local energy company.

Images of the devastation after the storm:

Devastation in Corsica after heavy thunderstorms with heavy wind gusts

Ships near the island also ran into problems due to the high winds. Multiple rescue operations have been carried out to help all damaged and stranded vessels. Roads also became impassable and some houses were flooded with water.

Images show how the storm rages over the island: