After his disappointing Tour de France, Primoz Roglic is ready to go for the overall victory in the Vuelta a España. The Jumbo-Visma leader has won the Tour of Spain in the past three years and will be chasing the record of Roberto Heras for the next three weeks.

Mike Teunissen has left Roglic alone in recent weeks. The Dutch rider of Jumbo-Visma knows what it is like to recover from an injury and did not find it necessary to text his teammate every day asking how he was feeling.

Teunissen heard through the media that things were getting better with Roglic. That image was confirmed when he spoke to the Slovenian for the first time on Wednesday at Soesterberg Air Base, where Jumbo-Visma trained for the team time trial. The 77th edition of the Vuelta starts on Friday in Utrecht with that discipline.

“Primoz is really in shape and super sharp,” Teunissen said at a digital press moment on Thursday. “As a team, we are confident that Primoz is ready to go for the win.”

The route of the team time trial in Utrecht. 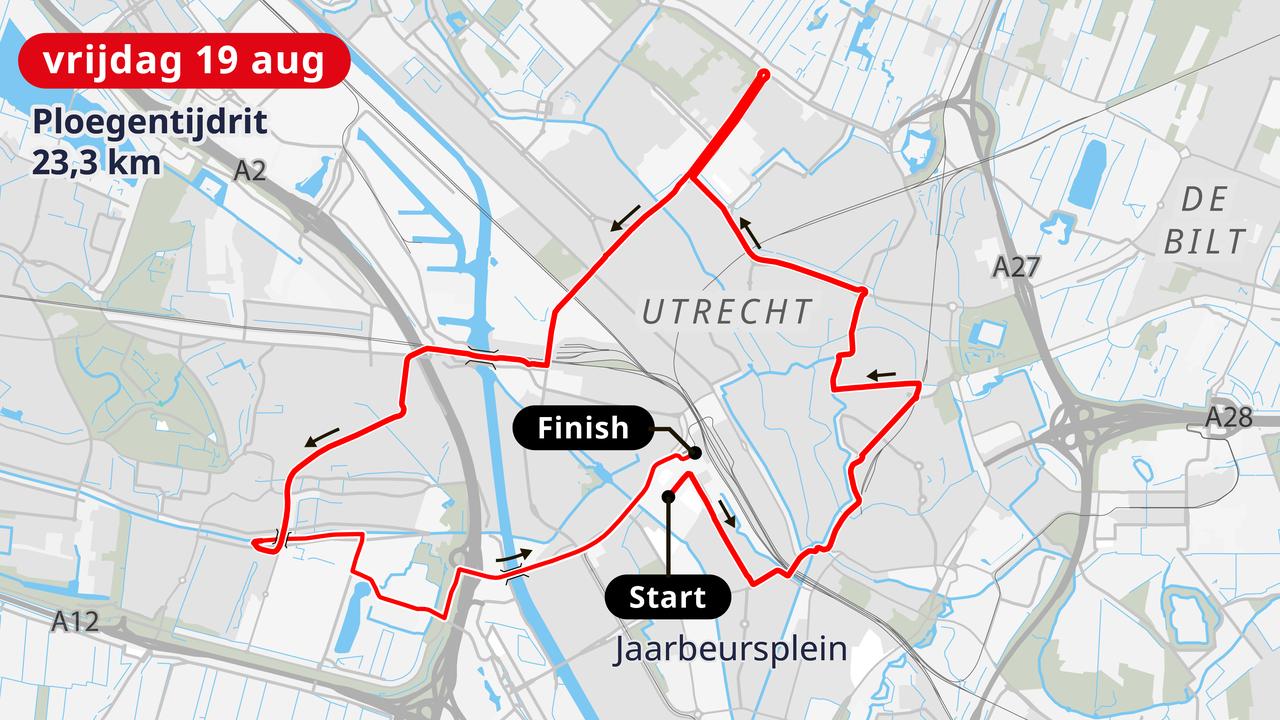 The route of the team time trial in Utrecht.

32-year-old Roglic started a month and a half ago in Copenhagen as one of the favorites on the Tour, but for the second year in a row a crash in the first week put an end to his yellow dream. The Slovenian crashed on day five in the cobblestone stage, continued despite serious injuries, but got off after the fourteenth stage.

Roglic only started training on the road again two weeks ago, so it was long questioned whether he would be fit in time to start in the Vuelta. Jumbo-Visma gave the answer last Monday.

“At least I feel better now than after my crash in the Tour,” said the defending champion on Thursday with his characteristic dry humor. “Sometimes I still have some problems with certain efforts, but I’m at the start here and that means I feel ready. We’ll see how my body will react in the coming days and weeks.”

Roglic admitted that it was a big disappointment that he had to give up in the Tour, also because his teammate Jonas Vingegaard eventually took the overall victory. “I really wanted to be a part of that success. But at some point I got to a point where I couldn’t cycle a kilometer anymore. I accepted the situation and now it’s important to only look to the future. “

The opportunity to win four Vuelta in a row and thus achieve a unique performance provides Roglic with a lot of motivation for his eleventh Grand Tour. “It would be a very special record. I am aiming for the final win, that is absolutely the goal.”

Most overall victories in Vuelta a España

Jumbo-Visma immediately goes for a win in the first stage

Roglic can already gain time on his competitors in the first stage on Friday, because Jumbo-Visma is the top favorite for the team time trial of 23.3 kilometers in Utrecht. “I always think it’s a nice part,” says the Slovenian. “The whole team has to be strong and work well together to go as fast as possible. It will immediately be an important day.”

If Jumbo-Visma wins the team time trial, the first red leader’s jersey in Utrecht may be awarded to a Dutchman. With Teunissen, Robert Gesink and Sam Oomen, the black-and-yellow formation starts with three home drivers.

“Primoz said yesterday that the red jersey would be something nice for me,” said Gesink. “But it’s not that easy to time who will cross the finish line first at 65 km/h. We have a very good team and can go for the win, but we want that especially for Primoz’s classification. That is the most important.”

The 36-year-old Gesink has also started in the Tour of Spain in the past three years. He is hopeful that next month he can celebrate a final victory for the fourth time in a row. “Primoz is very relaxed. He is smiling and seems in good shape. A rider like him, who has won so much in recent years, also only comes to a race if he thinks he can show something special.”

The small Spanish team Burgos-BH will be the first to start the team time trial on Friday at 6.30 pm. Jumbo-Visma is the last team to roll off the starting podium at 7:58 PM.

The route map of the first three stages on Dutch soil and the rest of the Vuelta a España. 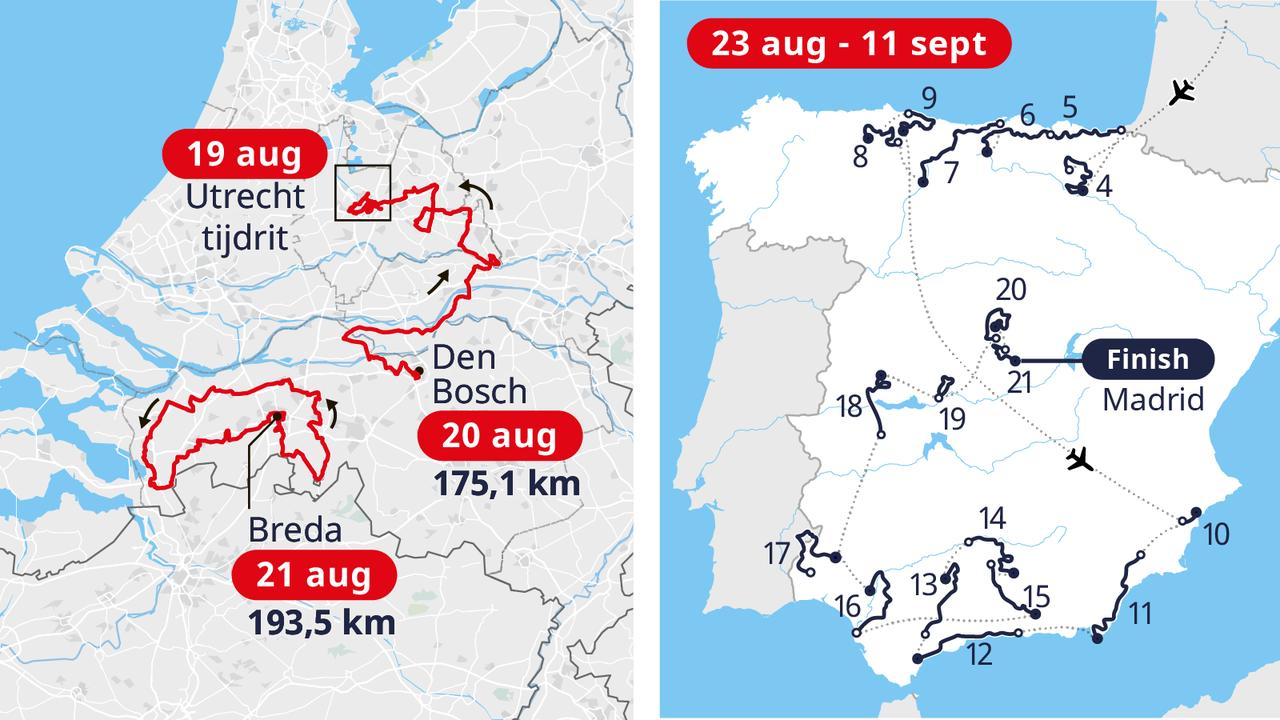 The route map of the first three stages on Dutch soil and the rest of the Vuelta a España.