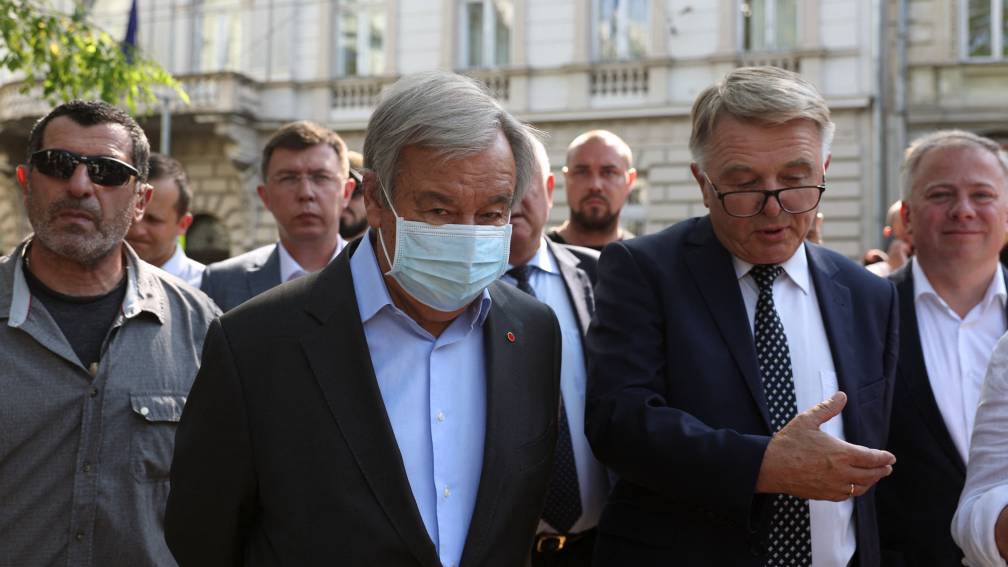 Russia threatens to shut down the Zaporizhzhya nuclear power plant if Ukraine continues to attack it, the defense ministry in Moscow says. Russia and Ukraine accuse each other of shelling the plant.

An accident at the plant could lead to the spread of nuclear material as far as Poland, Germany and Slovakia, Moscow says. The plant’s backup systems are said to have already been damaged. It is the largest nuclear power plant in Europe and much of Ukraine depends on it for its power supply.

The plant has been in Russian hands since March. The complex is close to the frontline and has come under regular fire in recent weeks.

Today, United Nations Secretary-General Antonio Guterres will meet Ukraine’s President Zelensky in Lviv. The situation surrounding the nuclear power plant is also discussed there. Russia accuses Ukraine of planning an attack on the plant tomorrow, while Guterres is still in the country, accusing Russia of “nuclear terrorism”.

Zelensky, in his overnight video address, called on Russia to leave the plant, saying that only transparency and oversight by the International Atomic Energy Agency IAEA can ensure nuclear safety.

At the same time as Guterres, Turkish President Erdogan is also visiting Ukraine. It is his first visit to Ukraine since the outbreak of war on February 24. He will speak with Zelensky about grain exports from Ukrainian Black Sea ports.

Turkey is in an economic crisis with skyrocketing inflation and is increasingly dependent on Russia for gas and help to build a nuclear power plant.

Talks about returning to the negotiating table have not been announced. The last time Russian and Ukrainian delegations spoke about peace was in Turkey in March. Negotiations in Istanbul stalled in accusations back and forth.