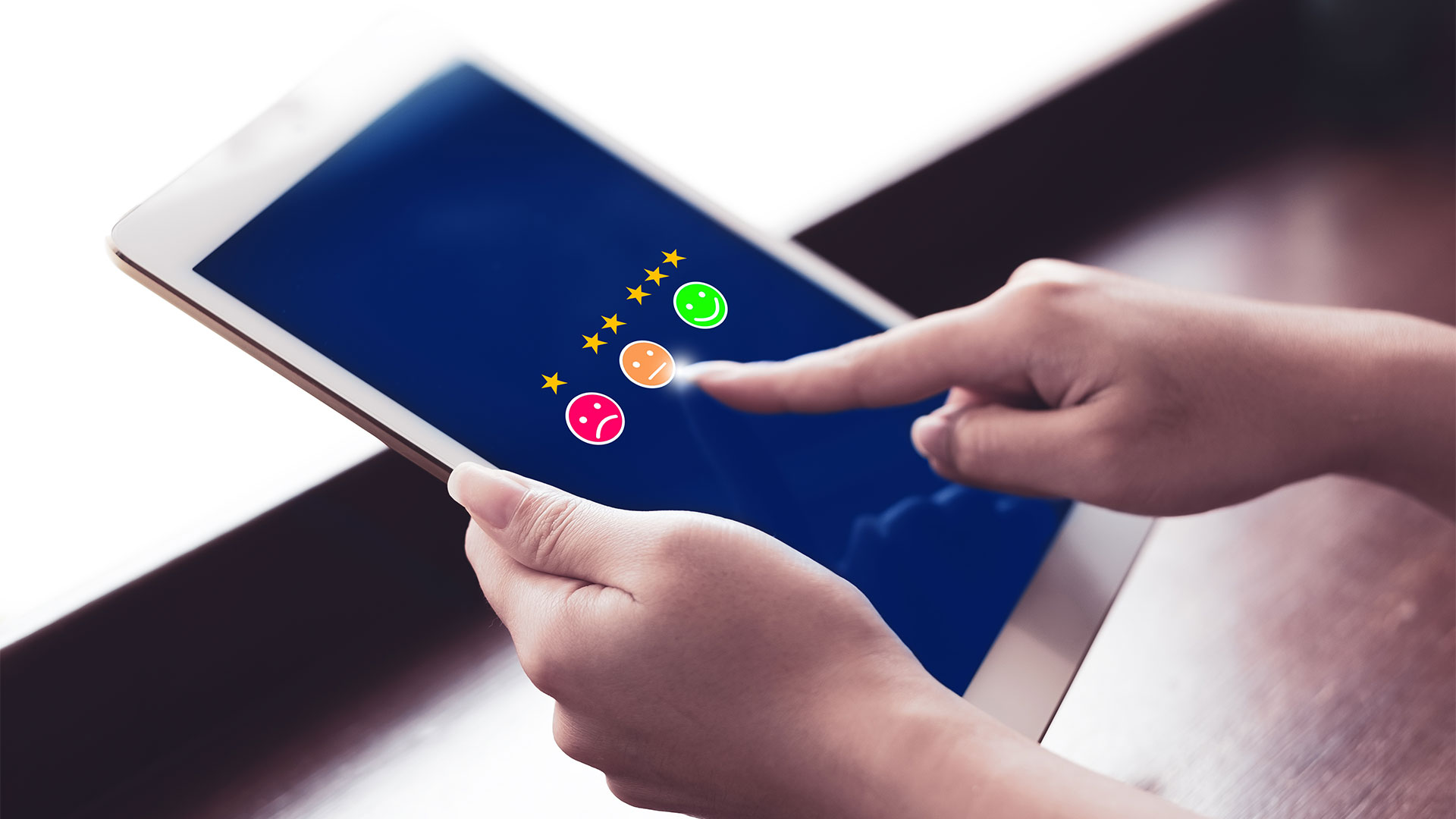 “In the digital world, the power and influence of the client has been enhanced” for this reason, “if there is something that bothers him, he will surely complain on the networks exposing the brands,” said Pasjalidis (Getty)

Organizations around the world are facing two phenomena that, although they are not new and are closely associated, are generating confusion in leaders and a drop in competitiveness for many. It’s about the daily fight to stay relevant to your customers. Precisely with this objective, they seek to unravel the paradoxical behavior of people who are increasingly empowered as consumers. The customer has high expectations, chooses the best experiences and has less tolerance. Thus, on the side of the companies, they are not always clear about which path is the best.

A new study by Accenture, a global strategy, consulting and technology professional services company with a presence in more than 120 countries, revealed that 88% of executives “believe that consumers are changing faster than they can change their businesses, which is leading to a crisis of relevance”.

People, according to the study, “want companies to respond faster to meet their changing needs,” which is plunging organizations into what it called a “relevance crisis.” “External factors, from economic to cultural to environmental to political, are affecting people more than ever, making life more complicated and purchasing decisions more multifaceted,” said Baiju Shah. , chief strategy officer Accenture Song. 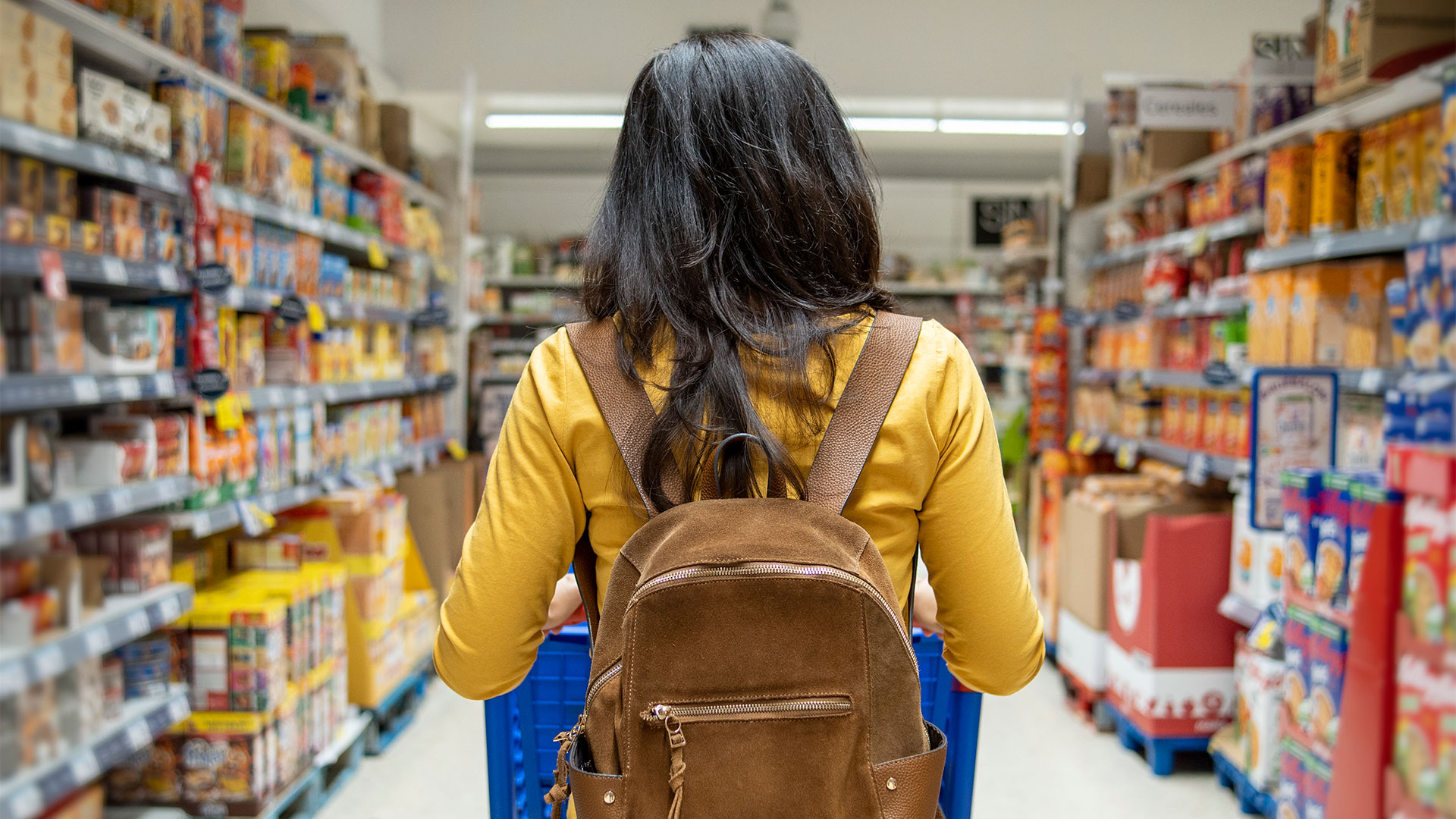 88% of executives “believe that consumers are changing faster than they can change their businesses, which is leading to a relevance crisis” (Getty)

“There is a growing gap between what consumers need and value and what companies offer, creating a relevance gap. We believe that companies can bridge this gap and post significant growth if they focus not on promoting consumption, but on making a meaningful contribution to customers’ lives,” added Shah.

The specialist in strategies and innovation, industrial engineer and magister in business management, Diego Pasjalidis, pointed out, in dialogue with Infobae, that the relevance gap “is the distance that exists between the intentions and the actions that organizations implement to transform themselves” . And he explained: “Although all executives are aware that they must think about the transformation and permanent evolution of their business —whether to not disappear, to grow or to diversify— the distance between what they need or want and what they really do, how they do it and when they do it, it generates tensions, inefficiencies and, many times, they do not even achieve the expected results”.

The aforementioned report, entitled The Human Paradox: From Customer Centricity to Life Centricity was based on a survey of 25,908 consumers in 22 countries and focused on the gap between people’s expectations of what companies should offer and what companies believe their customers want. Conducted in January and February 2022, it was updated with a pulse survey of more than 13,000 consumers in 11 countries during April and in 12 countries during June 2022. To delve into the results of the survey, Accenture said it organized focus groups online discussion with 385 participants in 7 countries in March 2022. In addition, it consulted 850 global executives, between January and March 2022.

The specialist pointed out that “the most deeply rooted culture will tend to devour any new intention of change or, at least, will delay it in time and in the depth of what they achieve”

According to that research, two-thirds of people (67%) expect companies to understand and address their changing needs in times of disruption. However, oversimplification of segmentation and underestimation of the impact of external pressures on behavior have caused this gap between expectations and reality. “To bridge the gap, companies must see their customers as they see themselves: multifaceted, complex, and doing their best to adapt to life’s unpredictable circumstances and use that insight to meet changing customer needs” , as noted Accenture.

According to the report, 6 in 10 consumers (61%) stated that their priorities are constantly changing due to external pressures and as a result, they are perpetually in multiple stages of crisis management, with paradoxical behaviors arising, among them.

First, although people prioritize themselves, they want to bring about change for others, and although up to 66% of those asked said that their decision-making is driven by their own needs, around 72% feel that they can personally influence the world and their communities through their purchasing behaviors and choices. 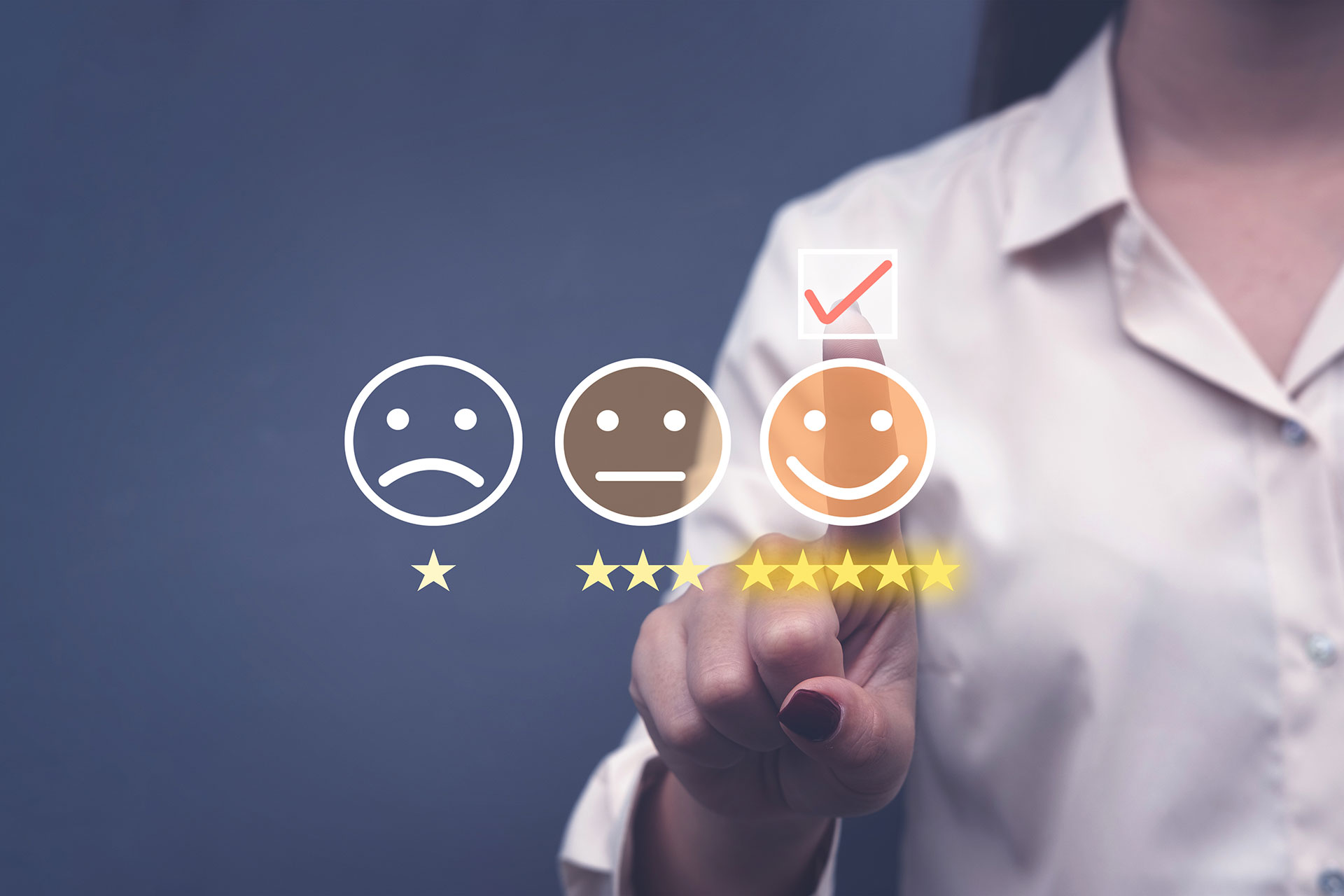 Second, people want to follow their personal values, but not at the expense of financial value. More than half of those consulted said that the pandemic motivated them to adopt a more sustainable lifestyle, but up to 65% said that the increase in prices led them to select lower-cost brands in their recent purchases.

In third place, Accenture interpreted that consumers want to be in control of their destiny, but also to be guided. While more than three-quarters (76%) of those surveyed feel empowered to make key life decisions, nearly two-thirds (64%) of people want companies to respond more quickly with new offerings to meet their changing needs.

Analysts noted that while paradoxical behaviors in humans are not new, what has changed is the increasing frequency and comfort with which they are performed: Two-thirds (69%) of consumers worldwide who admitted to behaving in inconsistent think that paradoxical behaviors are human and acceptable. 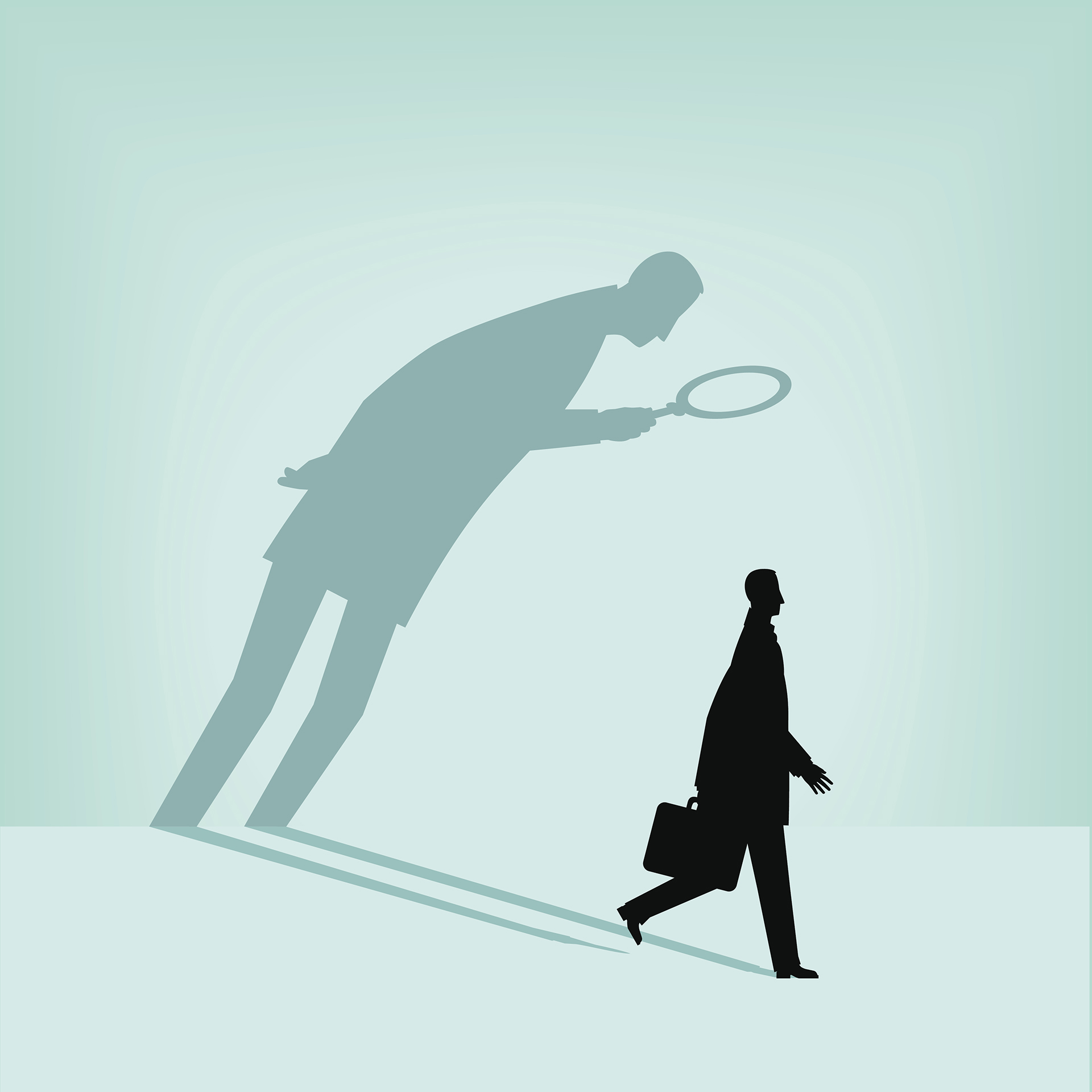 Privacy vs. personalization (Customers say they don’t like message invasion or use of their data but increasingly expect more personalized experiences) (Getty Images)

“Companies today must see people as constantly changing and evolving individuals, deeply affected by a series of external influences,” added Ezequiel Arslanian, CEO of Accenture Song in Hispanoamerica. “Only by understanding these contexts will companies have the right strategy to deliver the most relevant solutions and help drive growth.”

“In the digital world, the power and influence of the customer has been enhanced, they have more expectations, seek better experiences and have less patience”, described Pasjalidis, and recalled that, “if there is something that bothers you, you will surely complain in the networks exposing the brands”.

“All this generates additional tension in organizations since they must deal with various paradoxes: performance vs. brand (earn money in the short term vs. develop a long-term bond); generate sales funnel vs. customer journeys (customer experience when interacting with the brand can include many touchpoints, direct, indirect and influenced by other experiences), privacy vs. personalization (customers say they do not like the invasion of messages nor that they use their data but expect more and more personalized experiences) and connection vs conversion (customers want brands aligned with their values ​​but brands must generate enough income to sustain themselves)”, he explained. 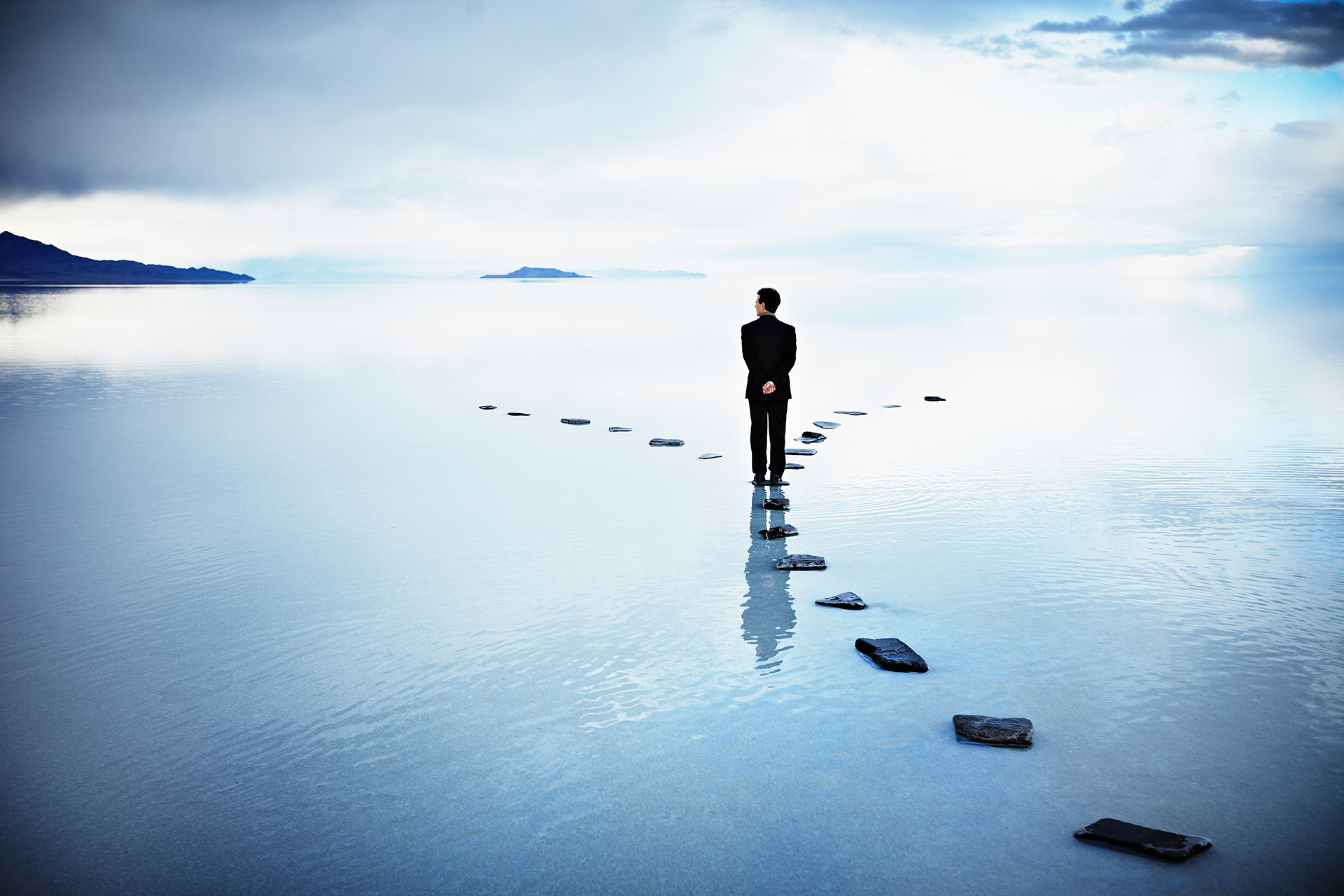 Although the report concluded that nearly all companies are struggling to remain relevant, it suggested that organizations that take a life-centric approach—that is, one that bridges the experiential interplay between people’s ever-changing lives and the forces that influence them on a daily basis, they are better positioned to prosper in the future, form new connections and create relevant brands, products or services.

“Customer-centric thinking has taken companies a long way in creating memorable experiences for people,” said David Droga, CEO and Creative Chairman of Accenture Song. “But given the weight of disruption people are dealing with in their lives, we believe businesses need to evolve not only to stay relevant but to be useful to customers.” Furthermore, “life-centric” companies view customers differently; they understand the external forces that affect your decision-making and offer valuable solutions to your needs in a simple and profound way,” he added.

When asked about his vision about why such an important crisis is taking place in organizations, Pasjalidis considered that there is a mixture of “ignorance, fear and culture”. And he explained: “Ignorance has to do with really understanding what the new reality involves, since it is not just about technology (in fact, technology is just a lever that we must know how to use), which implies that organizations must learn what data to look at, how to set goals, how to lead and create a culture that allows breaking the current business inertia without breaking the business and without putting its assets at risk (and this is the main fear of executives)”. 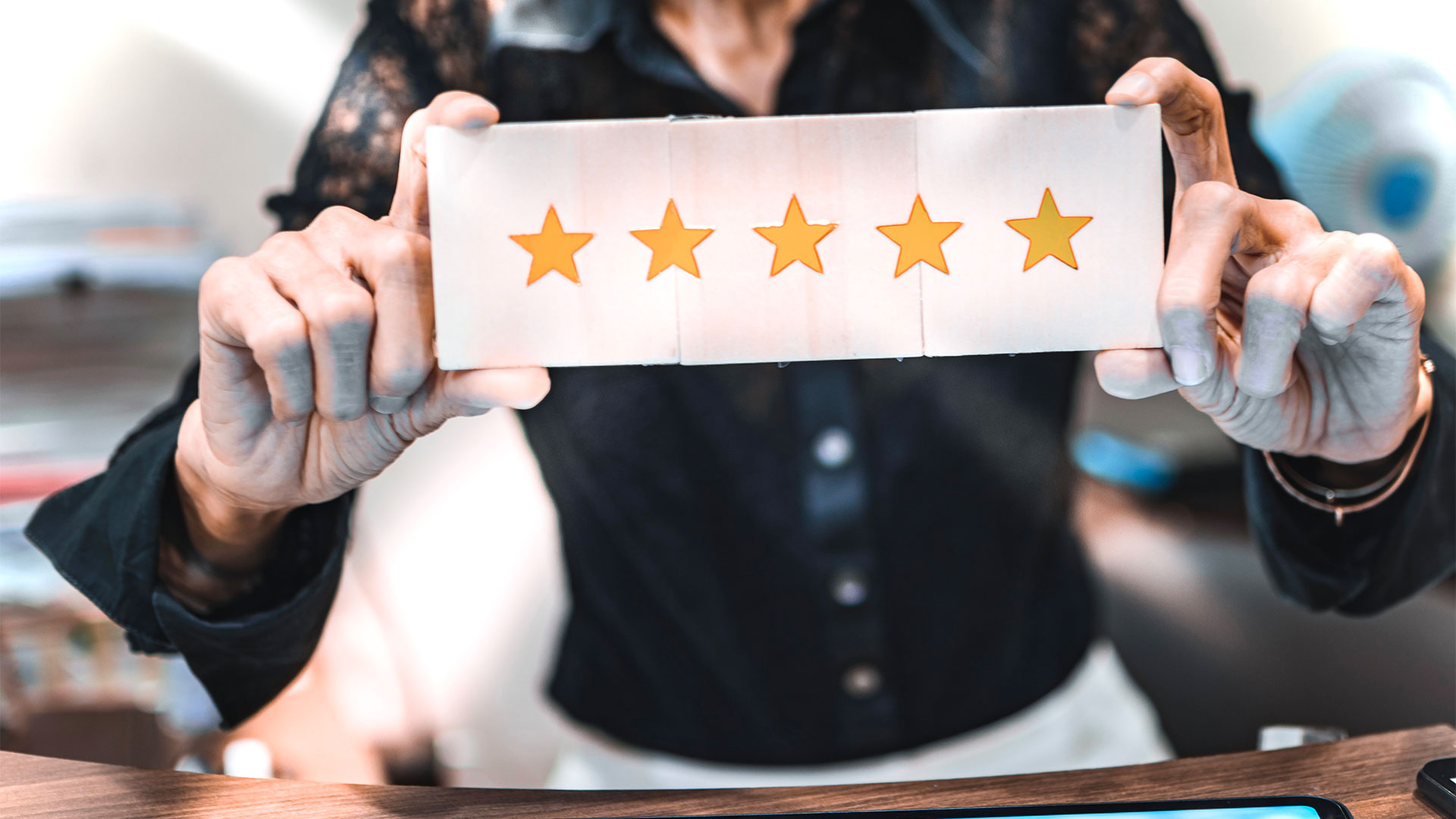 The specialist consulted by this means pointed out that, “as it happens in life, it is more difficult to change than to start from scratch in a different way: the most deeply rooted culture will tend to devour any new intention of change or, at least, it will delay it in time. and in the depth of what they achieve.”

Finally, he called on leaders to “become aware that technological changes, social transformation and the green transition are the drivers that are in the hands of consumers. This forces organizations to work on reducing any gap, focusing on the consumer and knowing that their differential value for them must constantly evolve”.

Performance feedback: the key questionnaire for the continuous improvement of work teamsIn renewable energies and recycling will be the jobs of the future: what positions will be in demandThe future of work: “It will be like a treadmill, or we train all the time or we fall