Cilly Dartell, who has been battling lung cancer for several years, will no longer have to undergo chemotherapy for the next three months. The presenter says on Instagram that her situation is stable.

“Had a delayed CT scan and good news: everything is stable. No chemo for the next three months, very happy,” said the former presenter of Hart van Nederland and Shownieuws.

She shows on Instagram how she shaved her hair short, because she again suffered from hair loss during the last chemo treatment.

Dartell, 64, announced in May of 2020 that she suffers from lung cancer. The presenter also had to deal with the disease in 2016. In July of this year it was announced that she had tested positive for corona, which meant she had to postpone the new chemotherapy that she had to undergo. 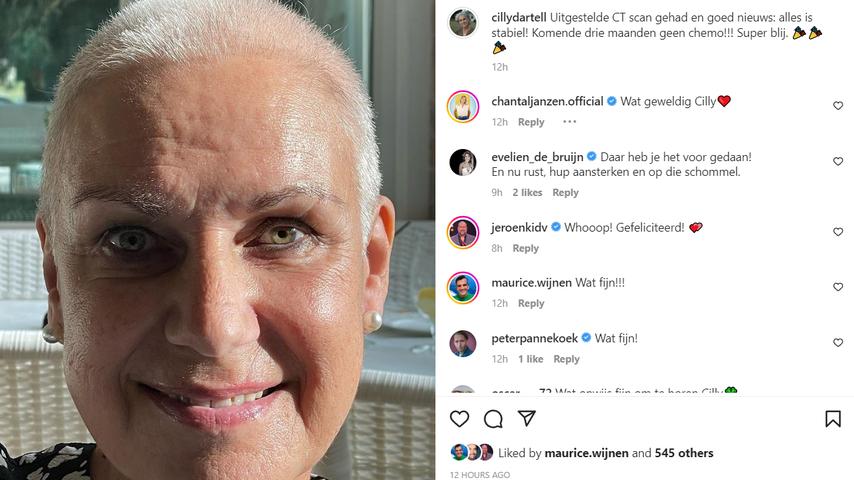 The Netherlands and Belgium warm up in Johan Cruijff ArenA | NOW

Elizabeth Holmes hears punishment: this ‘new Steve Jobs’ turned out to be a mega fraud | NOW