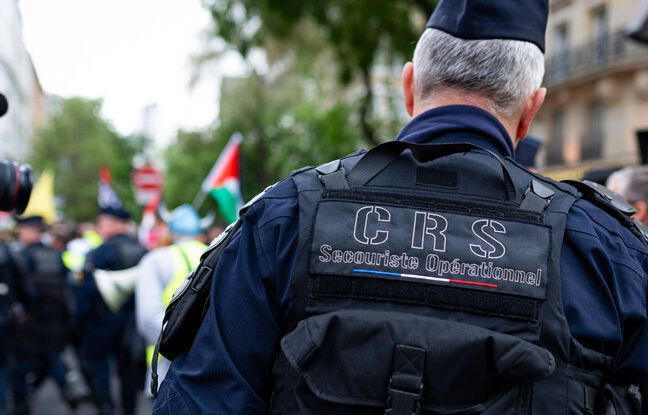 A brigade within the brigade. After the death of a 27-year-old Afghan boy on the sidelines of an urban rodeo in a city of Colmar (Alsace), special security forces were sent to the scene by the government. Forces responsible for “restoring republican order and bringing to justice the thugs who want to impose their law”, declared the Minister of the Interior Gérald Darmanin. 20 Minutes looks at this CRS 8, a mobile unit not quite like the others.

On July 1, 2021, Interior Minister Géral Darmanin proudly presented the creation of a new unit within the Republican Security Company : the CRS 8. Two hundred CRS, divided into two groups of 100 and rotating in order to be available 24 hours a day, seven days a week. Their specialty: “intervening in acts of urban violence where the threat is particularly strong”, details for 20 Minutes, Jean-Paul Nascimento, national secretary CRS Unsa police.

Based in the Paris region, these CRS are able to go on a mission throughout France, less than fifteen minutes after being called. Another specificity, the police officers of CRS 8 “work on their own initiative”, assures Jean-Paul Nascimento. Once in the mission area, “it is the unit commander who decides how to act”.

In which cases do these CRS intervene?

The idea of ​​creating this quickly mobilized team was born after the riots of the Chechen community in Dijon in June 2020, caused by the aggression of a teenager. “That day, no mobile force was available to go there, because they were all taken on other missions,” recalls Jean-Paul Nascimento.

When they are not in special training or carrying out topographical and tactical scouting in the field, “the members of CRS 8 intervene on missions three to four times a week”, explains Jean-Paul Nascimento. Some have been publicized. In early August, CRS 8 police officers were called to intervene in the Val de l’Aurence district of Limoges. Clashes had broken out between young people from sub-Saharan Africa and Mayotte and the police who accompanied the firefighters coming to reach a car fire. A CRS-8 policeman was slightly injured by mortar fire.

What is the future of this special unit?

With the proliferation of street rodeos in France and the accidents linked to these offences, urban tensions and violence could increase and again require the intervention of the CRS 8 unit. This section therefore has little chance of disappearing, d much as during its inauguration, Gérald Darmanin had argued that “the CRS 8 [était] an experience that was destined to be generalized”.

“If the CRS 8 demonstrates its usefulness and effectiveness, then there will be other CRS 8”, he had insisted. Currently located in Bièvres, in Essonne, the police officers of the CRS 8 could therefore be established in other departments of French territory.