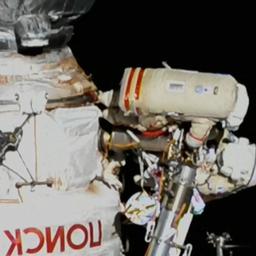 Russian astronaut Oleg Artemyev had to quickly return to the International Space Station during a spacewalk on Wednesday. The reason was a problem with his spacesuit.

The astronaut noticed “fluctuating voltages” in the battery of his suit. He was then asked to return to the ISS immediately.

Space agency NASA broadcast the spacewalk live and reports that Artemyev’s health was not at any time in danger. He was asked several times to “drop everything and return immediately” because of the tension problems.

The 51-year-old Russian said he understood and was “not worried” before returning to the ISS. There, his suit was connected to the space station’s power supply.

The spacewalk lasted about four hours. Artemyev mainly worked on installing a telescopic arm that could help astronauts on subsequent spacewalks. This European Robotic Arm (ERA) was partly developed in the Netherlands.