Veterinarians: the deep malaise of a profession, between aggression and overwork 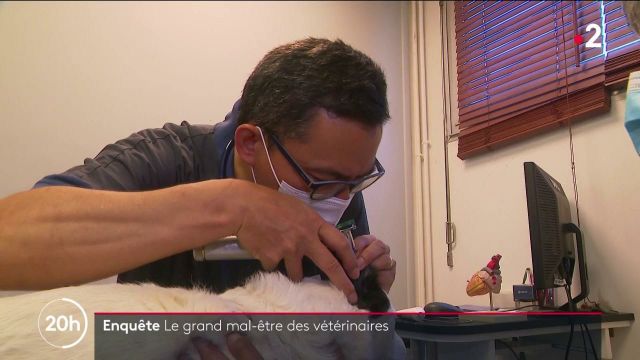 Physical and verbal threats, working time up to 80 hours per week in rural areas, 40% drop-out five years after leaving school. The profession of veterinarian and its constraints are disappointing many enthusiasts to the point that certain areas are running out of animal health professionals.

After the doctors, the veterinarians. Violence against health professionals, whether with humans or animals, is increasing. Among veterinarians, two attacks per week on average are reported in the Paris region. Most of the time, this violence is verbal, but sometimes it derives physically. “Most often, we have adorable ones, on one side and the other, but from time to time, we can have the aggressive animal patient or even the client who can also be aggressive”, testifies the doctor Doan Tran , veterinarian in Plessis-Trévise (Val-de-Marne). He received a death threat over the phone after refusing euthanasia which he did not consider responsible.

Attacks that are concentrated in urban areas. In rural areas, the ill-being of veterinarians is caused by infernal work rhythms. Some go up to 80 hours on average per week, nights included. “We are on call at night, we work the day before and the next day”, illustrates Doctor Frédéric Simon, veterinarian in Évron (Mayenne). On alert all day with important appointments that follow one another urgently, veterinarians are under pressure. Not to mention the mass slaughter, requested from veterinarians, especially in recent months because of avian flu. Factors that reduce the number of veterinarians in the countryside. 40% of the profession quit less than five years after graduating.