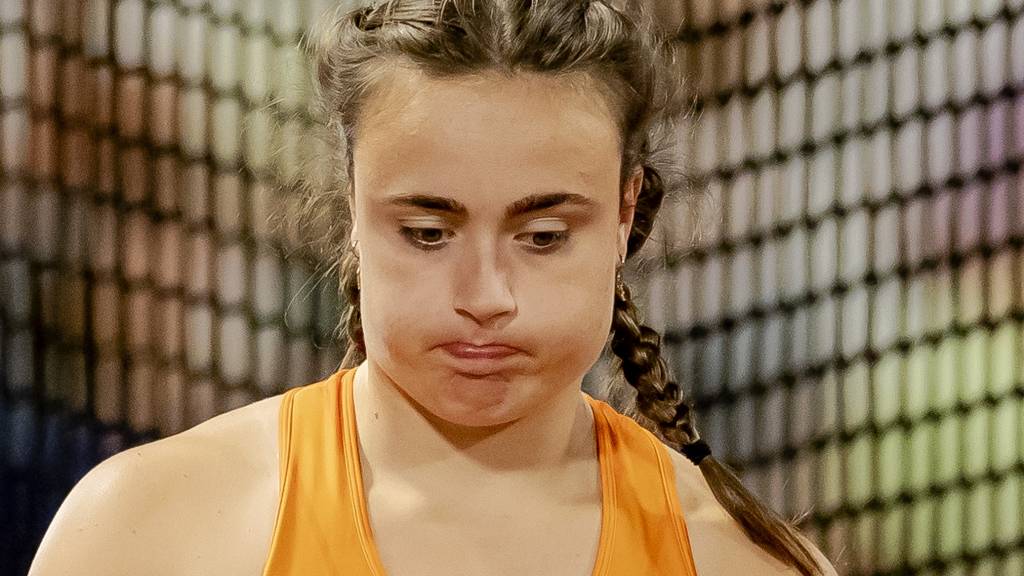 A total of 78 centimeters separated discus thrower Jorinde van Klinken on Tuesday evening in Munich from a performance with which she had gone around the world. It was the difference between a bronze European Championship medal and the damned fourth place. Between following in the footsteps of Tamara Press from the former Soviet Union after sixty years or leaving the European Athletics Championships with one instead of two third places.

The 22-year-old Van Klinken said he had it in him to write history in the Olympiastadion. Since the European title fight of 1962 in Belgrade, it had not happened that one athlete won a medal in both shot put and discus throw.

Press, born in Ukraine and good for eleven world records between 1959 and 1965, took two pieces of European Championship gold six decades ago in what was then Yugoslavia. Van Klinken had to content himself with bronze and fourth place on the same podium.

There could have been more, Van Klinken told her audience afterwards. A good throw could have earned her gold, she swore in the catacombs of the 1972 Olympic athletics stadium. The form was there, which is why she opted for an all-or-nothing game. “I gave everything. Then things can go very wrong.” 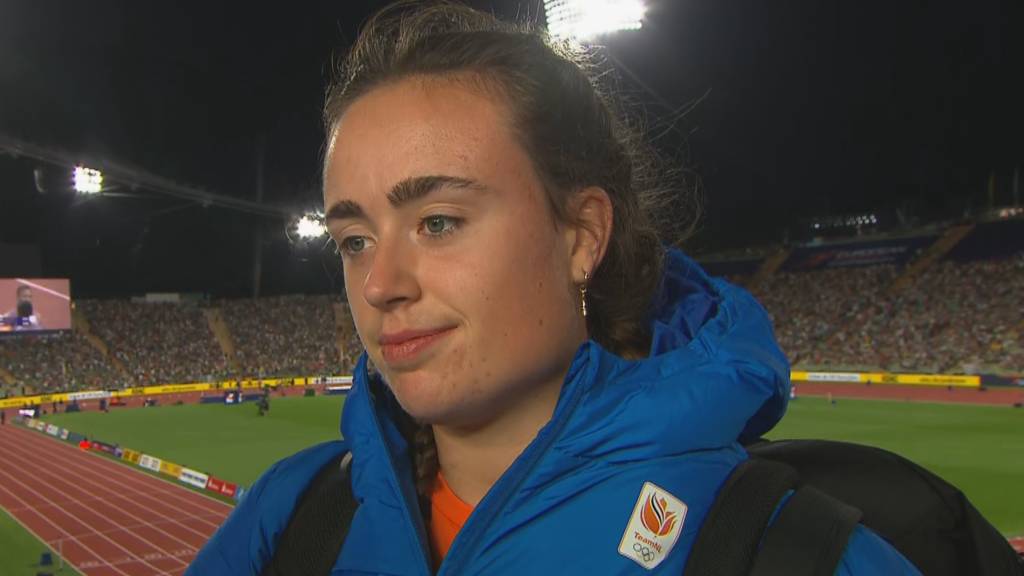 Van Klinken: ‘Bullet medal was more beautiful than discus medal could have been’

An improvement on her best performance of the season, a throw of 65.55 meters, would have earned her a bronze medal in Munich. Now her technique faltered and after six attempts she got stuck at 64.43 meters. Getting three crosses after an invalid roll was little more than calculated business risk.

It did not alter the fact that Van Klinken had enjoyed the European final to the fullest. The massive flock of German spectators cheered and cheered. For the Croatian Sandra Perkovic, who once again proved unapproachable with 67.95 meters. But also for Kristin Pudenz and Claudine Vita, who threw the discus to 67.87 and 65.20 meters in front of their own audience.

That Perkovic took the gold was an achievement that raised few eyebrows. She is in a class of her own in her discipline. Moreover, an athlete who in the future seems to be able to finally erase at least one ancient (and controversial) DDR record from the books. 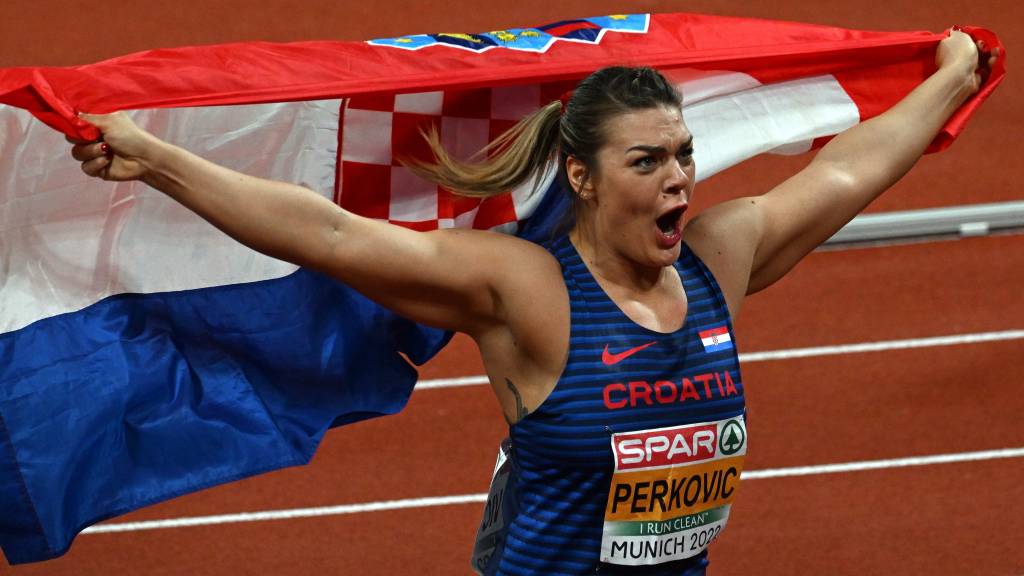 Sandra Perkovic ran off with the gold

Perkovic will also not have the slightest illusion of ever getting close to the world record. Since 1988, with 76.80 meters, this has been in the name of Gabriele Rensch, representative of what was once called the Heilstaat. The championship record is also a product of the controversial East German athletics school. Since the 1986 European Championship in Stuttgart, that has been in the name of Diana Gansky with 71.36 meters.

With her discus gold from Munich 2022, 32-year-old Perkovic made it to six European titles in a row. In doing so, she equaled Marita Koch, born in East Germany, who collected the same number of gold medals in the 400-meter and 4 x 400-meter relay between Prague 1978 and Stuttgart 1986. In two years’ time, when Rome hosts the European Championship, she can have Koch’s name expunged from the books. It’s not much, but anything is better than nothing.

For Van Klinken, one fourth place did not match the other on Tuesday. In Munich she made a considerably better impression on her appearance in the almost sold-out Olympiastadion than a month earlier during the global title fight in the American Eugene.

The Drentse played with the camera in Bavaria and visibly enjoyed the fact that the speaker announced her as the bronze winner in the shot put. In Eugene last month, just before the final, she was plagued by inexplicable, excruciating pains in her stomach. It felt, as she herself said at the time, as if her entrails were being pulled out of her body. Despite that physical trouble, she finished fourth in the United States with a throw of 64.97 meters. 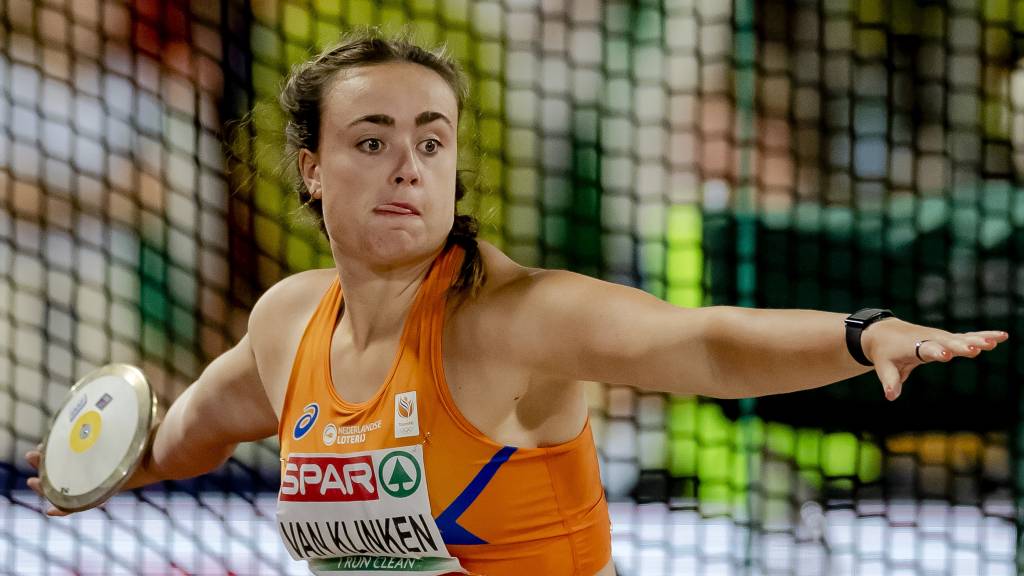 After the summer, Van Klinken will not voluntarily return to the same Eugene. Her trainer Brian Blutreich exchanges the University of Arizona for that of Oregon and with that Van Klinken also moves to the self-proclaimed Tracktown USA.

The prospect of the rainy weather in college town Eugene was already making her shiver. She likes it considerably less than the desert heat in Arizona, but Van Klinken says he has no choice.

Only under Blutreich’s leadership can she make history in the future. It is her big dream to one day achieve an Olympic medal in both shot put and discus throw. Whether that should take place at one and the same Summer Games, was the logical question that was answered by Van Klinken with a shrug. “I do not care.”