Find out what images and what security cameras were lost during proceedings in the intervention of Yenifer Paredes.

This morning, it was learned through a statement from the Military House by Brigadier General José Antonio Mariscal Quiróz, that a group of images that were recorded during the prosecutorial police intervention to arrest Yenifer Paredes, Pedro Castillo’s sister-in-law, were they have lost

According to the document sent, these technological devices stopped working precisely moments before the Prosecutor’s Office and DIVIAC arrived to look for the young woman investigated for alleged money laundering.

But, what cameras and what images have been lost, which were very important to know whether or not the president obstructed the entrance of this delegation to intervene and take his relative considered as a daughter.

“I have the honor of addressing you, Mr. Brigadier General, Chief of the Military House, in order to report on the loss of information from closed circuit television cameras (CCTV) (…)”, reads the document. 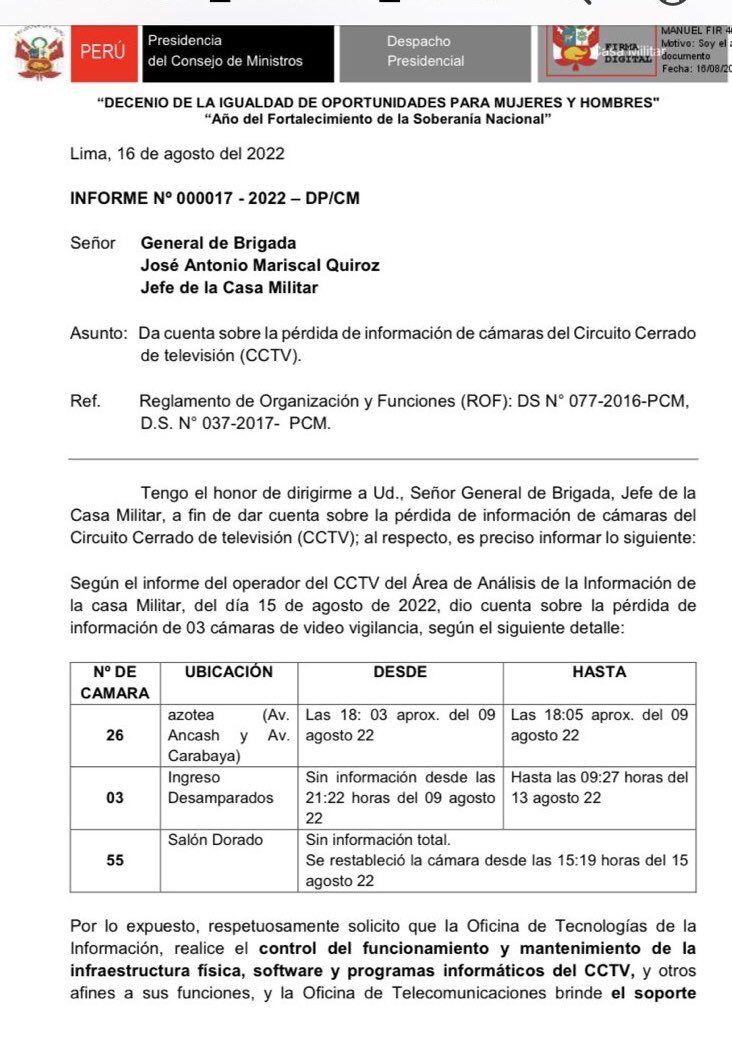 Find out which cameras stopped working the day Yenifer Paredes was arrested.

Camera number 26, the same one that is located on the roof between the intersections of Ancash and Carabaya avenues, in which there is no registration for two minutes (from 6:03 pm to 6:05 pm).

Camera number 3, which filmed the entrance to the public through the Desamparados entrance. There is no information about this from 9:22 p.m. that day until four days later, on August 13, when its operation was reactivated at 9:27 a.m.

The third camera is number 55 in the Golden Room, which only restored the recordings from 3:19 p.m. on August 15.

The document was prepared by Arturo Mendoza López, a lieutenant who works as part of the security of the President of the Republic.

The Municipality of Lima reported that on August 15 it delivered to the Prosecutor’s Office the recordings of the video surveillance cameras of the Center of Lima corresponding to August 9 and 10, days in which the sister-in-law of President Pedro Castillo was being searched by the prosecution and the PNP. 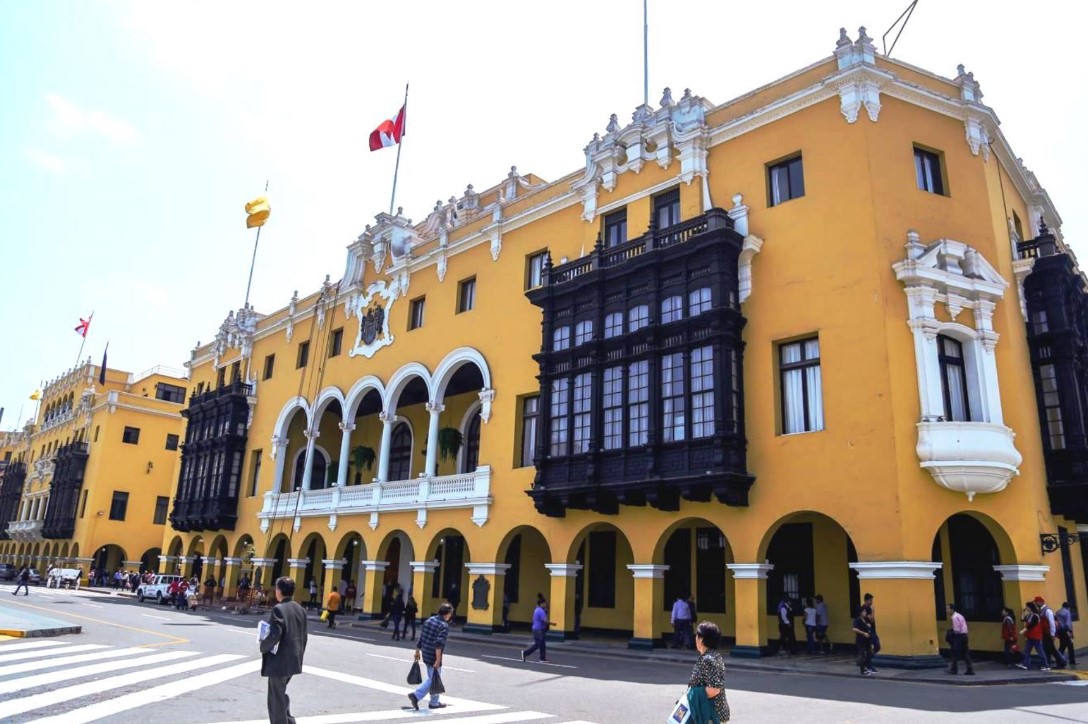 “The Municipality of Lima informs that this morning it has complied with delivering to the Prosecutor’s Office the recordings captured by the video surveillance cameras dated August 09 and 10 in the Center of Lima,” reads its official Twitter account.

As it is recalled, on August 10, Yenifer Paredes turned herself in to the Public Ministry after spending more than 24 hours in hiding. This after a preliminary arrest warrant was issued against him, within the framework of the investigation that is being carried out for the alleged crime of criminal organization.