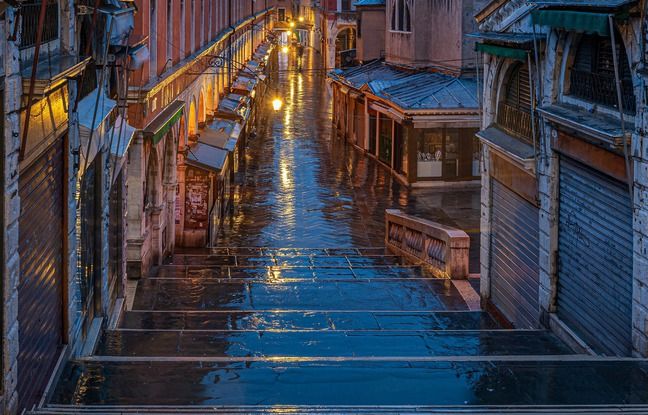 The mayor of Venice denounced this Wednesday “two idiots” who were filmed water skiing on the Grand Canal, offering a dinner to anyone who identifies them. Later, after his Twitter call went viral, Luigi Brugnaro announced that the duo had been found and their boards confiscated. He added that they would be treated “as they deserve”.

“Here are two arrogant idiots making fun of our city,” wrote Luigi Brugnaro, posting a video showing two young men on skis pulled by a speedboat on the canal, the Italian city’s most famous waterway. “I’m offering dinner to those who identify them!” »

He seemed to admit, however, that there was little he could do to stop the two skiers, saying: “There is an urgent need to give mayors more power in matters of public safety. After turning into a ghost town during the Covid-19 confinement period, Venice is once again attracting tourists from all over the world and its canals are, as before the pandemic, bustling with intense boat traffic.