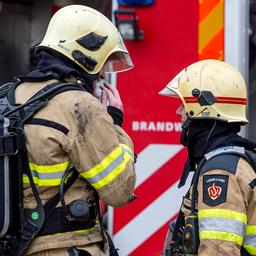 A fire started on Tuesday afternoon in a house in a porch in Rotterdam-Kralingen next to the television. The entire porch, which contains a total of eight homes, had to be evacuated. The resident of the home was not home when the fire broke out. It is not clear how the fire started.

The resident was called by the police. He will not be able to stay in his home next night because of the damage and will be staying at a different location.

The fire broke out in a home on the second floor around 5 p.m. According to a spokesperson for the Rotterdam-Rijnmond safety region, the fire was discovered by a smoke detector. It is not clear exactly how the fire next to the television started. No further injuries were reported in the incident. The fire was also extinguished fairly quickly, the spokesman said. “Only ventilating the smoke took more time.”

The residents of the eight evacuated homes had to wait in front of the porch door until the fire was extinguished. They were able to return to their homes after the fire.