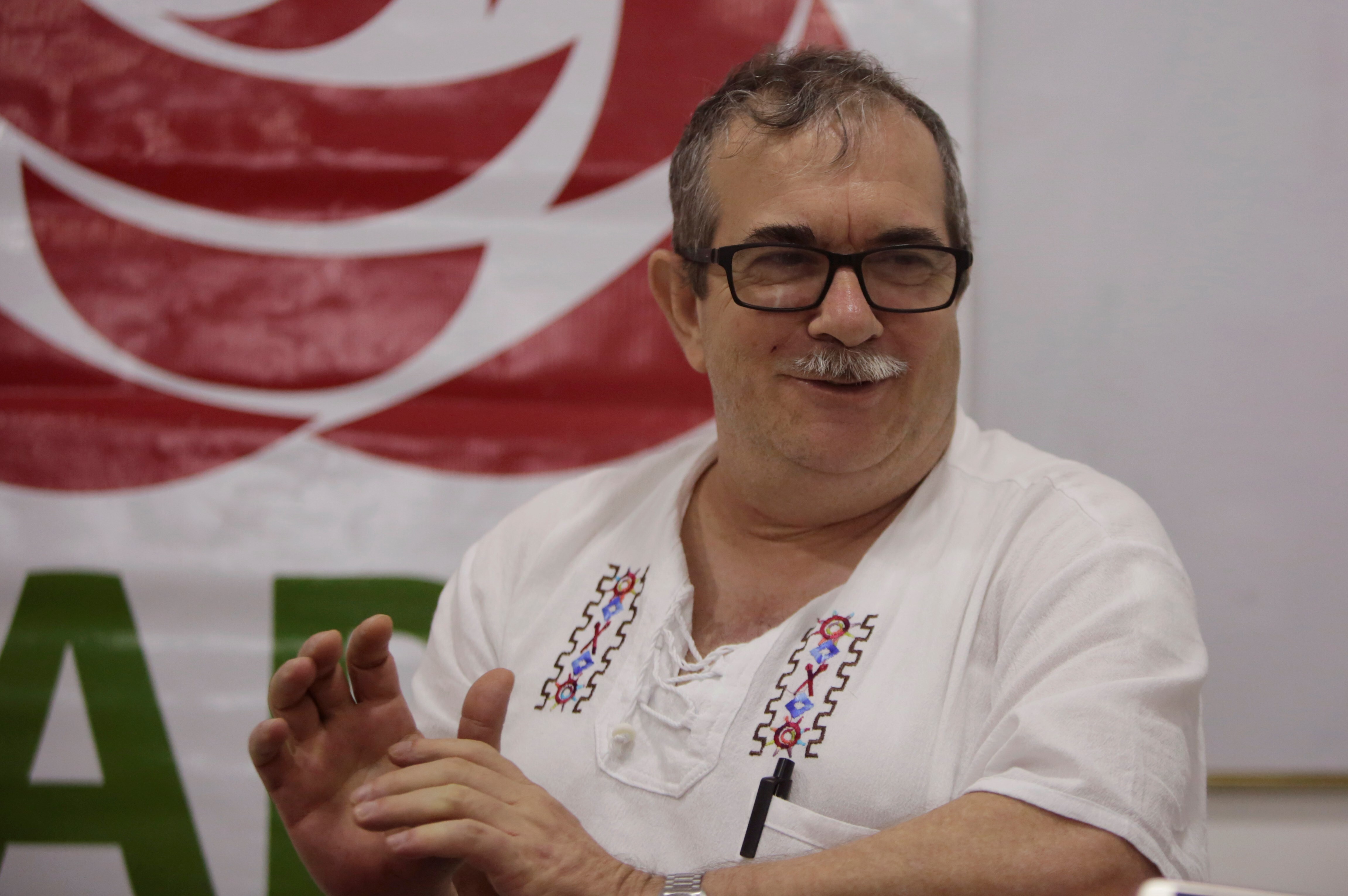 Archive photograph in which the president of Comunes (formerly known as FARC), Rodrigo Londoño, was registered. EFE/Ricardo Maldonado

“To the happiness of the Colombian people, the winds of change and peace with social justice are blowing,” said Rodrigo Londoño, former head of the former Farc guerrilla and one of the main leaders who accepted the peace process between the Colombian government and that subversive group. Through a letter, the former leader known by the alias of ‘Timochenko’ He did not hide his satisfaction at seeing the way in which the resumption of talks between the government of Gustavo Petro and the ELN is heading.

On August 11, the delegation led by the Minister of Foreign Affairs, Álvaro Leyva Durán, traveled with other figures such as Senator Iván Cepeda and the head of the UN mission in Colombia, Carlos Ruiz Massieu, to Havana to reiterate their intentions of resuming the peace process. There, he said that “we aspire to resume talks with the National Liberation Army (ELN) in this land of peace” and it was this announcement that motivated Londoño to show his satisfaction and expectation about the realization of another peace agreement. .

In his communication, the congressman indicated on Tuesday, August 16 that “today I can reaffirm that dialogue has always had to be the route to ending the conflict” and in this sense, he sent a message to those who at the time were his rivals in the internal armed conflict.

“(…) I respectfully exhort the ELN comrades, their command, their militancy and their sympathizers to decisively advance towards the conquest of a political agreement to put an end to the military confrontation and thus kick-start the construction of total peace”, Londoño pointed out in the letter where, surprisingly, he offered himself as a facilitator of the dialogues between both parties. His main argument to contribute is, according to him, the experience obtained in the dialogues with the government of Juan Manuel Santos.

It may interest you: “If we make peace with the whole world and the war economy is not mitigated, the problem is reassembled”: Ariel Ávila

“As a signatory and representative of the high contracting party of the Peace Agreement between the Colombian State and the FARC-EP, I make available to the Government and the Eln the collective experience that we peace signatories have to facilitate dialogue and understanding between the parties. parts,” Londoño Echeverri said. In passing, he thanked Cuba for continuing as the guarantor country and host of a new peace process, as well as the national government for showing its efforts to achieve the total peace proposed by President Gustavo Petro since his campaign for the Casa de Nariño.

Concluding his message, the ex-combatant who in the presidential campaign supported the formula of Gustavo Petro and Francia Márquez, told the members of the National Liberation Army that “the path of peace is not easy, but it is worth it.” It is worth mentioning that the former leader of the extinct guerrilla has been one of the most critical of the implementation of the Final Agreement in the last four years and of the murders of former members of that group who were undergoing reinsertion processes.

On August 14, he lamented the crime of Diomedes Bermúdez, who was doing reincorporation work at the Roncesvalles ETCR. “There are 343 signatories assassinated. Guarantees are urgently needed for our lives and to stop this barbarity, ”he expressed on his Twitter account.

María José Pizarro signed the Jota Pe Hernández project to reduce the salary of congressmen, but denounced bullying Supreme Court allows indigenous convicted of drug trafficking to serve his sentence in his shelter Colonel Núñez, accused of having murdered three young people in Chochó, Sucre , is in Mexico