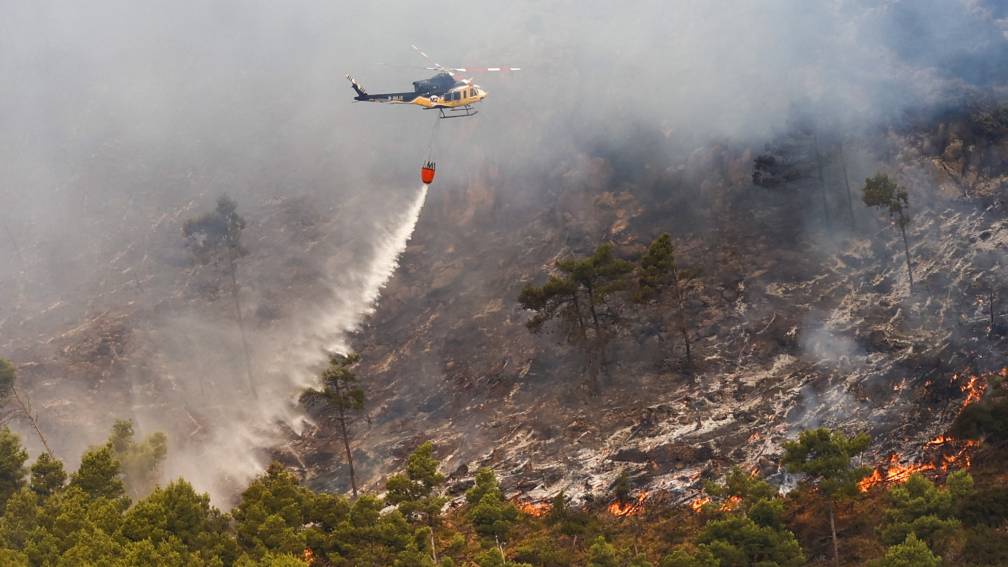 At least ten people have been injured when their train caught up in a forest fire in northeastern Spain. The train driver stopped the train, which was on its way to the city of Zaragoza, and asked the 48 passengers to stay inside. In a panic, some tried to escape from the carriages, suffering severe burns.

The driver wanted to turn around and drive back to the previous station. However, some passengers had already broken windows and jumped from the train.

This person shared images from the train on Twitter:

Seeing that they were surrounded by flames, some of them got back on the train. Together with the passengers who had stayed inside, they were driven back by the driver in the rear carriage to the nearest station in the town of Caudiel. The others walked back on their own.

These images show how close the fire is to the tracks and how passengers walk on the tracks:

Passengers injured in escaping from train surrounded by fire

In Caudiel, the passengers were taken care of by emergency services for the care of their burns. According to the Spanish newspaper El Mundo Three passengers had to be taken to hospital, one of whom was transported by air ambulance.

Two major forest fires are currently raging in eastern Spain. The fire is difficult to fight due to wind and drought. So far, three firefighters have been injured while putting out the fire. Thousands of people have been evacuated as a precaution.

The president of the Valencian Community says the fire near Vall d’Ebo has already destroyed 11,500 hectares of nature reserve. Near Bejís 4000 hectares went up in flames.

According to the European Forest Fire Information System, 275,000 hectares of nature have already been burned across Spain this year. That is more than four times the annual average since the measurements started in 2006, namely 67,000 hectares.