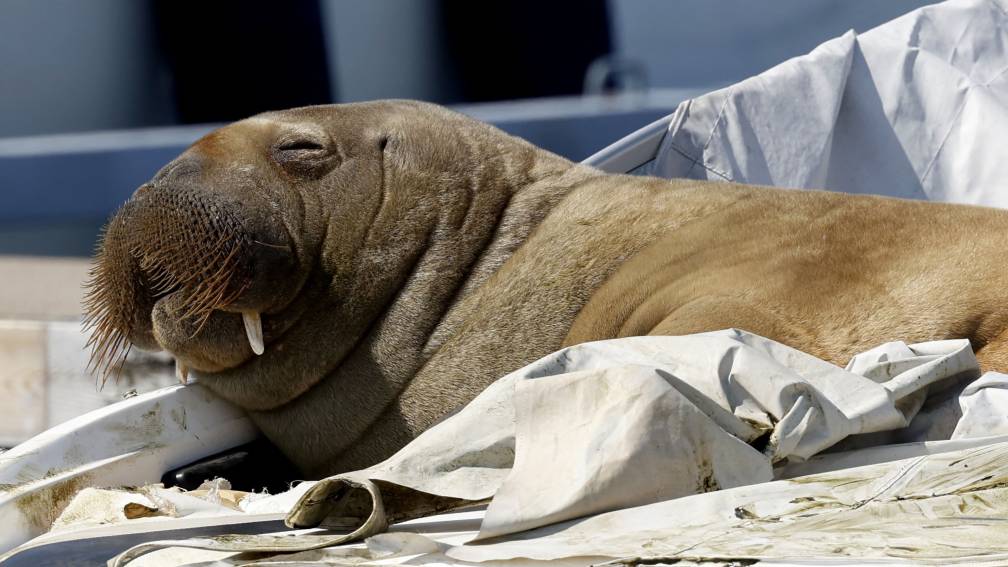 In Norway, a fundraiser for the erection of a statue of the slaughtered walrus Freya has raised more than the target of 200,000 kroner (more than 20,000 euros). That money was raised by more than 1,300 people.

Initiator Hans Erik Holm says on the crowdfund page that a statue of the slain walrus should make it clear “that we cannot or should not always kill and remove nature when it gets in our way”.

Norwegian authorities had the wandering walrus killed last weekend. The animal had become too great a danger to people, according to the government agency for fisheries. Freya had also previously been spotted in the Netherlands, Scotland and Sweden.

The walrus attracted a lot of attention in the harbor of Oslo. The authorities had already said that the animal would be euthanized if people did not keep enough distance. It could get stressed and therefore attack people.

Look back: Freya in Norway

Despite repeated warnings, photos showed bystanders, including children, within three feet of the mammal.

“We understand that the decision will generate reactions, but I am sure it is the right decision,” said the director of the Public Fisheries Service, Frank Bakke-Jensen. “We have great respect for animal welfare, but human lives and people’s safety come first.”

Yield to image or WWF

After Freya was seen on Terschelling and in the naval port of Den Helder last year, she left for Norway. There, the animal made headlines because it climbed onto small boats, which then sank. The walrus was notable for injuries to the front legs.

The target amount for the intended image came in a few days. If there is no statue, the proceeds will go to the World Wildlife Fund in Norway.