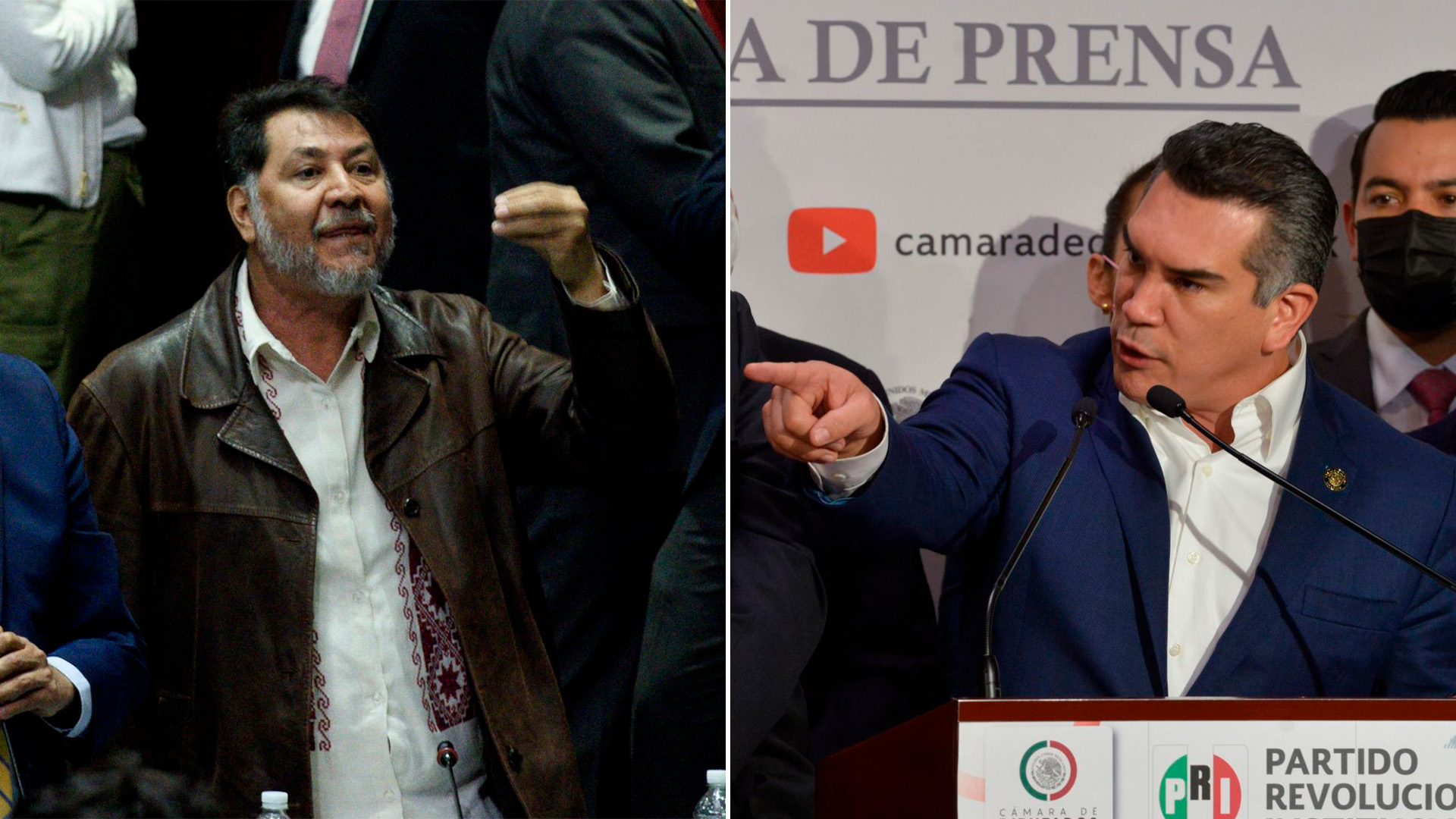 The Campeche Prosecutor went to the Chamber of Deputies to request Alito’s immunity (Photos: Cuartoscuro)

The federal deputy of the Labor Party (PT), Gerardo Fernández Noroña, reacted to a video published by the national president of the Institutional Revolutionary Party (PRI), Alejandro Alito Moreno Cárdenas, where he accused the National Regeneration Movement (Morena) of political revenge.

Through his official Twitter account, the legislator ridiculed the PRI’s words and ruled that, “for sure”, the houses that cost millions of pesos, his statements, as well as the alleged political violence are the party’s fault. icing on the cake and not of the also federal deputy of the PRI.

For all of the above, he called him shameless, since he pointed out that he does not want to accept the consequences of his actions, which are currently being investigated by the Campeche State Attorney General’s Office (FGE).

“Surely his house of tens of millions of pesos, his statements and his gender-based political violence are the fault of @PartidoMorenaMx. He is shameless @alitomorenoc”, he wrote this Tuesday, August 16.

Noroña’s words were in response to the recording he issued on his official Twitter account, where he said that he does not expect justice from the icing party, but revenge. In the dissertation he expressed that: “They threatened me that they would let me come with everything and they are fulfilling it.”

Along the same lines, the ex-governor urged the media and citizens in general not to fall for provocations or media shows, since he has conducted himself legally, for which he is unaware of the session of the Commission in which he allegedly he was relegated from the presidency.

In addition to his criticism, Moreno Cárdenas asserted that he continues to be the president of the Commission of Governance and Population in the Chamber of Deputies, one of the most important in San Lázaro, after a faction of it voted to displace him as president.

“We know that the country is a disaster, we cannot fall into media shows, or illegalities that break democratic normality”

Both statements were given after the head of the Campeche State Prosecutor’s Office, Renato Sales Heredia, visited the Chamber of Deputies to request that the impeachment process be initiated against the national leader of the Alito Moreno.

The Prosecutor offered a press conference this Tuesday from the Legislative Palace of San Lázaro, in which he was accompanied by Sergio Gutiérrez Luna, current president of the Board of Directors of said body; the anti-corruption prosecutor, Loreto Verdejo; as well as the senator for Campeche, Arturo Moo.

Sales Heredia pointed out that the judicial process is related to a mansion that the PRI built in the southern state of the country when he was governor (2015-2019), which is valued at more than 130 million pesos. 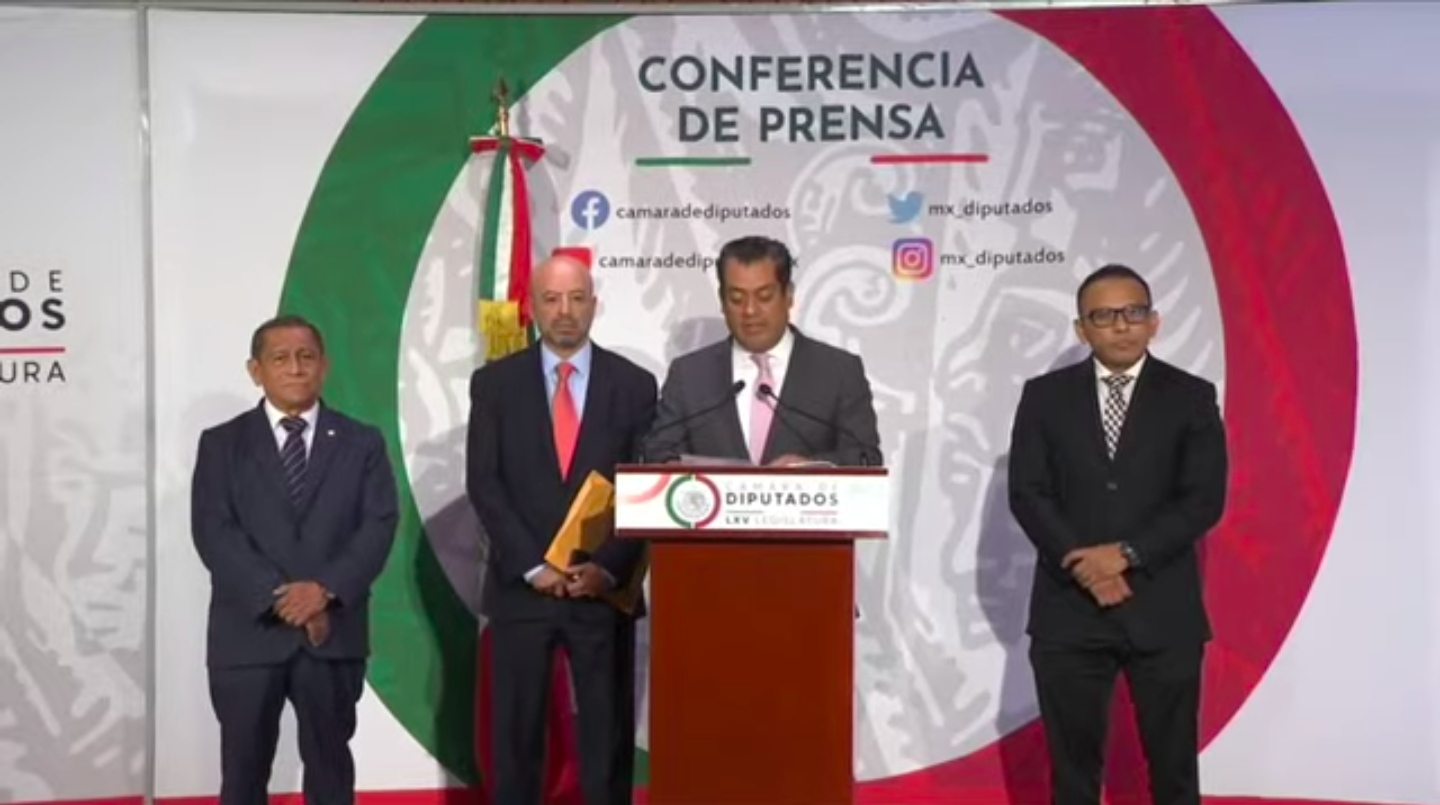 In addition, it indicated that in the investigation that has been carried out over several months – which included the search that was made known in the media -, it was found that there is a “disproportion” between the income of Moreno Cárdenas, since that what is found in the patrimonial declaration does not coincide with the properties valued by competent authorities.

“Furthermore, the Campeche official explained that the controversial audios presented by Governor Layda Sansores San Román, in which the national leader of the PRI was heard allegedly accepting and committing crimes, are not part of the investigation”

Likewise, the Campeche official explained that the controversial audios that Governor Layda Sansores San Román has presented, in which the national leader of the PRI was heard allegedly accepting and committing crimes, are not part of the investigation.

“Today the jaguar roars”: Layda Sansores warned about new audio by AIito MorenoAnother blow to the PRI: Campeche prosecutor requested Alito Moreno’s immunity “I do not expect justice, I expect revenge”: Alito Moreno answered Morena before his threat of immunity