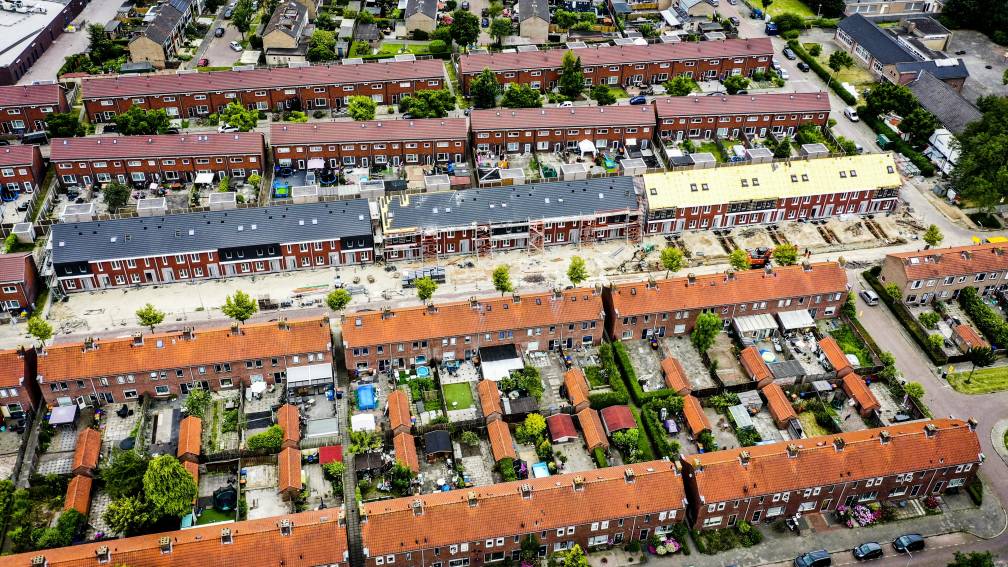 Social rental homes must remain available for longer for people for whom they were built, which is why Minister De Jonge must come up with national rules, which the Association of Dutch Municipalities (VNG) calls on in Nieuwsuur. Homes built by investors, in many cases, are ultimately not available to people with a small purse, and they should be.

Martijn Balster, alderman of The Hague and spokesperson for the VNG, thinks that municipalities can be stricter on investors who build social housing, “but in addition, the minister must come up with a uniform definition so that we not only build affordable, but also keep those houses affordable.” .”

Peter Boelhouwer, professor of housing market at TU Delft, understands this appeal. According to him, investors are now building “fake social housing” in many cases, which is because proper agreements are not made between municipalities with investors. He believes that housing associations should build themselves. “If you leave it to the investors, we will have fewer social rental homes in the future.”

Different rules apply to investors than to housing associations for building social housing. A social rental home may cost a maximum of 763.47 euros in rent, which is the so-called liberalization limit. But on top of that amount, investors may also charge service costs, which can amount to hundreds of euros. They also often build houses that are just below this rent, but that are very small.

Colin Hendriks lives in a studio in Rotterdam that should pass for social housing. “I now pay almost 1000 euros per month,” he says. He has a studio without a separate bedroom of 35 m2 and therefore pays much more than the liberalization limit. “Because of the service costs, it becomes 1000 euros. And then you pay for facilities in the building that you don’t even use: such as a ping pong table or cinema.”

Social rental housing will be lost

In addition to the shortage and the service costs, there are still municipalities, such as Rotterdam, which do not determine how long a newly built home must remain below the deregulation limit. The rents of these homes sometimes rise so quickly that they can no longer be classified as ‘social’ after a few years. Moreover, you do not always have to be registered with, for example, Woningnet for housing built by investors, so anyone can rent such an apartment or house. So, for example, millionaires.

For example, it can happen that hundreds of new social housing units are built in a municipality, where the people for whom they are intended cannot live in the end. Johan Conijn, professor emeritus in the housing market at the UvA, sees that municipalities often set a term of, for example, ten years in which the house must remain available for the maximum social rent. “Then you are actually building a temporary social rental home, which is not sustainable. After ten years the price can go up significantly.”

In Rotterdam they do not agree on a term at all. The consequences are visible in the project The Lee Towers. Old towers were converted into homes. Of which 336 were classified as ‘social’. But now, three years later, all these apartments are well above the liberalization limit.

Jan Fokkema, of the Association of Dutch Project Development Companies (NEPROM) emphasizes that investors build social housing at the request of municipalities. “Homes in the free sector would of course yield more.”

According to Fokkema, the built homes are operated under the applicable housing ordinance in that municipality “and that means that the allocation is usually also linked to income standards.”

Investors have to deal with high land prices and build without subsidy (unlike housing corporations). According to NEPROM, this means that the homes are “operated below the liberalization limit and allocated to the target group, while the investor also has to make a return for the benefit of the pension fund, for example. This is often not easy and that usually means that the developer must should be properly committed.”

According to NEPROM, this is only possible if compensation can be made with free sector homes in the same project. According to Fokkema, in most cases agreements are indeed made with municipalities about the period that a home must remain ‘social’, which is usually between fifteen and twenty years.

About ten percent of all social housing is built by investors. But municipalities themselves do not know how big the problem is. A tour of the six largest cities by Nieuwsuur shows that municipalities have no insight into the share of social rental homes of investors. “Unknown” and “we have insufficient insight into this”, write Groningen and Eindhoven. There is no public data.

Minister Hugo de Jonge of Public Housing intends to establish a new definition of social rent in 2024. Conijn gives a shot: “Don’t just look at the rent, but it is also important that the house is allocated to the target group and that they can afford it. And profits must be preserved for the social sector”. In addition, the homes must remain social for an indefinite period of time, he says.

Peter Boelhouwer thinks that if this is indeed implemented, investors will automatically drop out. “Then it becomes less interesting to do that. So let the corporations do this and investors focus on the middle and high segment.”

In the Netherlands there is a severe shortage of affordable housing and that is why the cabinet wants 250,000 new social rental homes to be available by 2030. These should mainly be built by the housing associations.

the note ‘A home for everyone’ is the second part of six announced steps by Minister Hugo de Jonge to tackle the housing shortage.

Datawonen – A home for everyone

The percentage of social rental housing per municipality