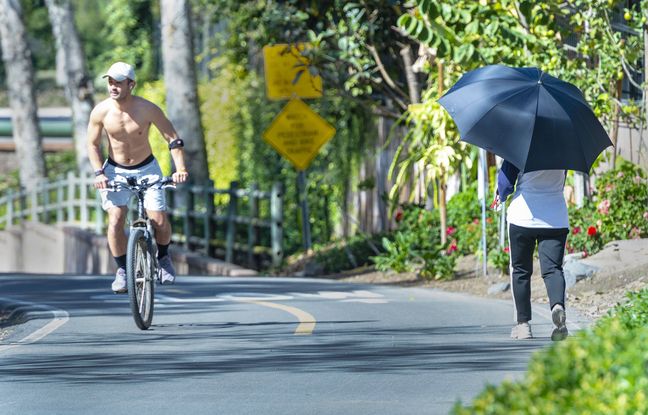 The United States will see the development within 30 years of an “extreme heat belt” in the middle of the country. This belt will go from Louisiana, in the south of the country, to Lake Michigan (north) crossing the American Midwest.

This is the result of a report published on Monday by the NGO First Street Foundation. This area, a quarter of the country where more than 100 million people live, will suffer according to the study in 2053 at least one day of extreme heat per year, with a temperature felt of more than 51 ° C.

Global warming of the country

This climatic situation is already suffered by Americans, but only 50 counties with 8 million people. In 30 years, this will therefore concern more than 1,000 counties in the states of Texas, Louisiana, Arkansas, Missouri, Illinois, Iowa, Indiana, and even southern Wisconsin.

For its projections, the NGO relied on the moderate scenario envisaged by IPCC experts, in which greenhouse gas emissions peak around 2040 before declining. Beyond this “extreme heat belt”, the whole country is expected to warm up. On average, the number of hottest days of the year will increase from 7 to 18 in thirty years.

Preparing for the “inevitable”

The number of “dangerous days” with a perceived temperature of more than 38°C is also expected to increase. In the Gulf of Mexico, there are 100 days a year at this temperature, a figure that will rise to 120 in 2053. The heat waves, which see these very hot days follow one another without interruption, should also lengthen.

The report assessed these changes on a very detailed scale to enable residents, businesses and managers to anticipate their response locally. “We have to prepare for the inevitable,” said Matthew Eby, founder of First Street Foundation. “The consequences are going to be terrible. »

Heat is the weather phenomenon that kills the most in the United States, ahead of floods and hurricanes. It can lead to hospitalizations and serious complications. It is particularly dangerous in places not used to high temperatures, such as the North.