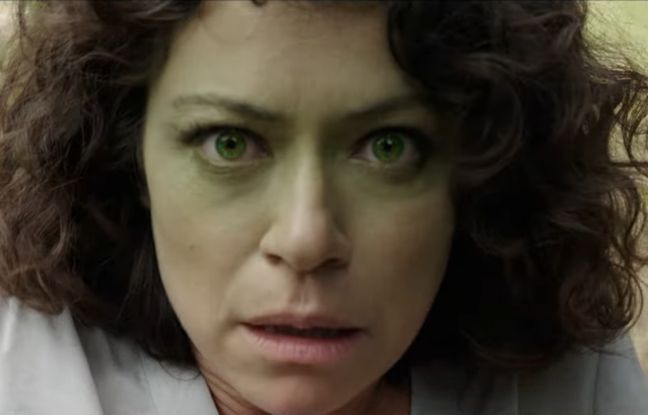 After Kamala Khan or Kate Bishop, a new superheroine is entering the MCU! Jennifer Walters, nicknamed She-Hulk, arrives this Thursday on Disney + in the miniseries entitled She-Hulk: Lawyer (or She-Hulk: Attorney At Law in the original version). All about this new superheroine before the launch of the first episode!

She Hulk first appeared in the 1980 comic book series created by Stan Lee and John Buscema called The Savage She-Hulk. Jennifer Walters, Bruce Banner’s cousin, works as a lawyer. After a violent car accident, she receives a blood transfusion from him. She then inherits her cousin’s powers (super-strength, super-speed, endurance, etc.) and becomes She-Hulk.

At first, like Bruce Banner, Jennifer Walters transforms as a result of great stress or nervousness. But she will quickly learn to control her metamorphoses better than the Hulk himself. Whether She-Hulk or Jennifer Walters, she keeps the same personality.

A lawyer, she specializes in criminology and also serves as a lawyer for many superheroes. She was notably a member of the Avengers, but also of the Fantastic Four or even of SHIELD

A character present in many animated series, the superheroine makes her first appearance in the flesh in the Disney + miniseries. Tatiana Maslany, seen in particular in Orphan Black and Perry Mason, was chosen to play her. Kevin Feige, the president of Marvel Studios, has already announced that she will appear in other Marvel films and series in the future.

Mark Ruffalo, who has played Bruce Banner and the Hulk since the first Avengers movie released in 2012, will also star in the Disney+ miniseries. In the trailer, he is seen teaching his cousin how to master her powers.

Actress Ginger Gonzaga, seen in Kidding, will play the heroine’s best friend, Nikki. “She is very free. She is that person you want by your side, who can get out of any situation, and encourages you to do what you want, ”says the actress during a virtual press conference.

The British actress Jameela Jamil, revealed in The Good Place, will be one of the antagonists of the series, she will play the bad girl Titania, a supervillain with overpowered strength.

The show also marks the return of Tim Roth as Emil Blonsky, aka the supervillain Abomination, a role he already played in The Incredible Hulk, released in 2008, as well as the return of Benedict Wong in the role of Wong from the “Doctor Strange” films, and that of Charlie Cox in the Daredevil costume.

At the helm, comedy experts

She-Hulk: Lawyer was created and written by Jessica Gao, known for working on the Rick and Morty, Silicon Valley and Robot Chicken series. She is also co-producing the Marvel series alongside Kevin Feige and Kat Coiro (Girls5Eva, Dead to Me), who is directing 6 episodes out of the 9 expected. The production of the other 3 was entrusted to Anu Valia, already in charge of episodes of the series My first times and And Just Like That, the sequel to Sex and the City.

A superheroine endowed with a lot of self-mockery

Endowed with a great sense of humor, in the comics, she addresses readers with funny asides like a Deadpool. Like the comics, the series will break the fourth wall and play the meta humor card: “It was just so light and fun and refreshing. So that’s always been kind of a fundamental. And for me, because I come from TV comedy, comedy was sort of a priority,” creator Jessica Gao comments during a virtual press conference.

“She’s aware of the audience, it’s like her superpower is involved in the meta element of comedy,” says Tatiana Maslany, who plays the superheroine. It’s like an extension of her superpowers, she’s like, “I know who I am, I know I’m talking on camera. I know, you guys are watching this.” And there’s something about the hyperconsciousness of who she is. »

The series will be broadcast on Disney+ at the rate of one episode per week. “Each episode has a distinct flavor. We drew on so many genres, promises director and producer Kat Coiro. The easy answer is to say it’s a half-hour legal comedy, but it also has great cinematic scope and elements of drama, action, suspense… It’s a small behind-the-scenes look at the daily, sometimes even mundane, life of a superheroine. »