Had he ever heard of the term coefficient polonaise? AZ midfielder Tijjani Reijnders had to laugh a little after that question, at a press conference the day before the Conference League match with Gil Vicente. “No, I’ve never heard of the polonaise. I certainly did about the list.”

The meeting between AZ and Gil Vicente, who are competing for a ticket to the group stage of the Conference League, is in a broader sense also a clash between the Netherlands and Portugal, two direct competitors on the UEFA coefficient list. This ranking is used to determine how many tickets each country will receive for the European tournaments.

View below the current standings on the UEFA coefficient list, which is calculated on the basis of the European results of all clubs. The Netherlands is currently sixth and has so far scored more than two points this season. 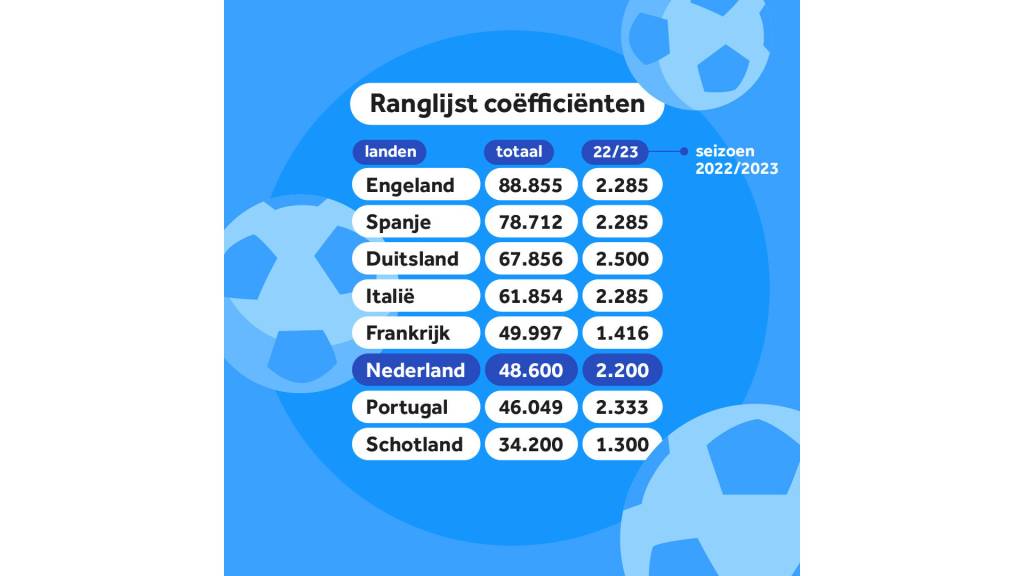 That would mean that, in the long run, not only the champion, but also the number two in the Eredivisie is assured of direct participation in the billion-dollar ball. For example, AZ can do Dutch football as a whole a service by eliminating Gil Vicente.

“We can certainly do good business,” concluded Reijnders, before his trainer emphasized that AZ is primarily about its own sporting success. “For us, getting to the group stage is priority number one,” said Pascal Jansen. 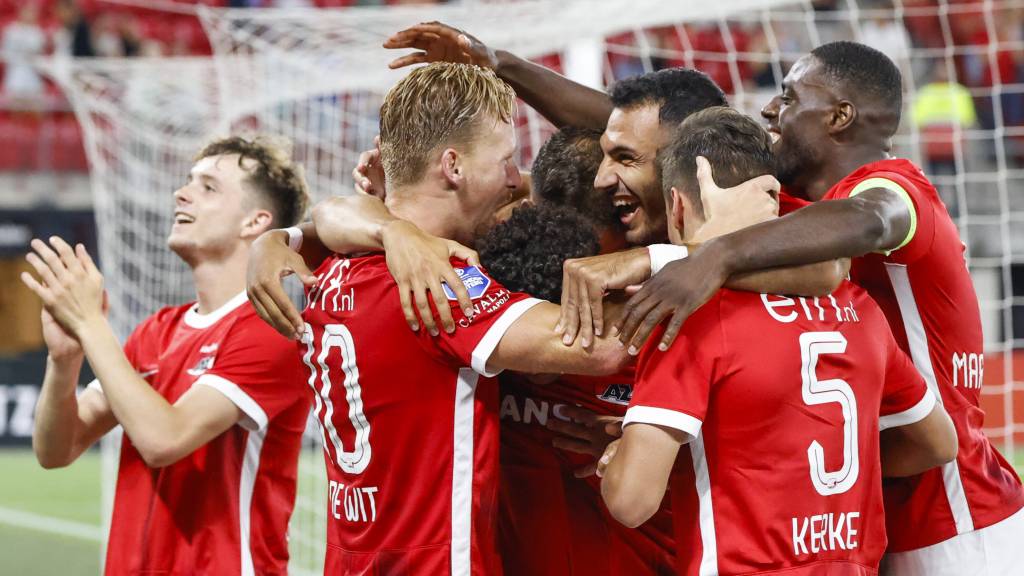 AZ does not immediately think of the coefficient list: ‘Concentrated on our opponent’

Gil Vicente finished fifth in the Portuguese league last season and eliminated Latvia’s FC Riga in the third preliminary round of the Conference League. “The football concept is typically Portuguese,” Jansen knows. “At the ball, they are technically skilled players, who can combine briefly.”

By ‘typical Portuguese’ you could also mean that Gil Vicente’s players master the art of disrupting the opponent. “We must ensure that they are not given the opportunity to gain time,” said Reijnders, who scored twice in the home game against Dundee United (7-0) last week.

And then, if AZ manages to get rid of the Portuguese in two games, Dutch football can have a little party. “If we make it to the group stage, there will be a small polonaise from the team,” laughed Reijnders.

AZ-Gil Vicente at the NOS

The first meeting between AZ and Gil Vicente starts on Thursday evening at 9 p.m. The duel can be followed via a live blog on NOS.nl and in the NOS app and via flashes in Langs de Lijn and Omstreken on NPO Radio 1.