Agreement signed to strengthen actions against child trafficking in Jalisco

To redouble actions to prevent and combat child trafficking, a collaboration agreement was signed between the Executive, Legislative and Judicial branches of the State, the municipalities of Guadalajara Chapala and Puerto Vallarta. In addition to the civil association Viva México and the government of the state of Utah.

Deputy José María Martínez, president of the Jalisco Congress Board of Directors, stressed the importance of the agreement to strengthen the fight against trafficking and sexual exploitation of minors; He said that it is one of the crimes that hurts society the most and the authorities cannot ignore it.

“It is a crime that lacerates human dignity, that turns people into merchandise, which are put at the mercy of criminal groups, that satisfy their desires by taking advantage of the vulnerability of the weakest,” he said. 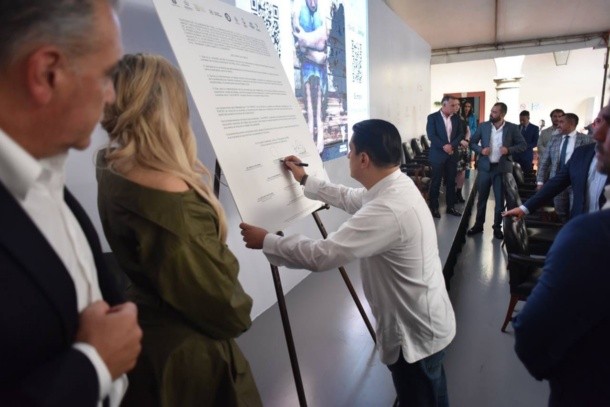 The president of the Viva México civil association, Eduardo Verastegui, explained that according to world organizations that fight against trafficking, 60% of child pornography is produced in Mexico and during the pandemic the consumption of this type of material grew 117 percent.

“This agreement establishes cooperation mechanisms, work groups and joint actions between authorities and organized civil society, since the magnitude of the problem requires everyone’s commitment,” he said.

For his part, the governor of Jalisco argued that his administration has worked to combat human trafficking. and maintained that with the agreement it will take more force. He anticipated that he will include in the budget more resources for preventive actions and care. 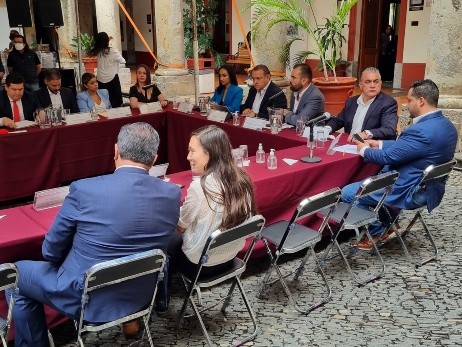 In his speech, Judge Daniel Espinoza Licón, stated that they assume the commitment to work on sentences with a gender perspective and proposed facilitating the complaint. The mayor of Chapala, Alejandro Aguirre, recognized that trafficking is a problem that afflicts his municipality.

With the agreement, the state Congress commits to review the existing laws on the exploitation of children and promote harsher penalties against those who commit this crime. Provide the necessary budget for preventive actions, establish shelters and promote training and rehabilitation of victims.

The State Prosecutor’s Office should strengthen the specialized Investigation Unit against child trafficking. The Utah government will share mechanisms to prevent and combat trafficking. The municipalities will modify the requirements of the operating licenses of businesses and establishments where the crime could be committed. The Viva México association will participate in training actions for public officials and to implement codes of conduct in the tourism and transportation sector.