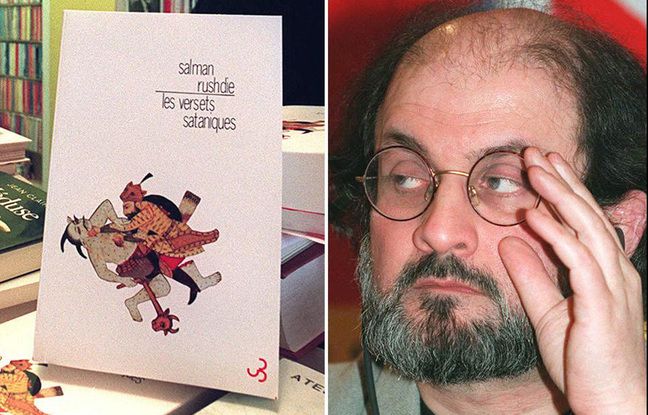 The phenomenon is true almost every time: when a dramatic event involves a celebrity, the public is pricked with a sudden curiosity for his work. This is the case, in recent days, with the novels of Salman Rushdie.

The American-British writer, threatened with death for more than thirty years, was stabbed on Friday during a conference in the United States. The next afternoon, three editions of the Satanic Verses, the book which has earned him the target of a fatwa by Iran since 1989, sat on the podium of the barometer of book sales on Amazon. Midnight Children, his first opus, emerged in fourth place in this ranking highlighting the books whose orders have increased the most in the past 24 hours. This Tuesday, at 3 p.m., The Satanic Verses still occupied seventh place in the French Amazon charts.

This enthusiasm is also evident in bookstores. “We have seen a significant increase in sales on our website”, tells us the Mollat ​​bookstore in Bordeaux, without giving precise figures. The emblematic Gironde address, which had the opportunity to interview Salman Rushdie in 2017, tells us video of the interview where “he evokes his book Two years, eight months and twenty-eight nights where it is a question of our world “full of monsters which arise to devour us” and of the power of words to “show the world in its complexity”. »

“The curious ask us if it’s accessible, well written”

Michael, a bookseller in Paris, confirms that, in the store where he works, he observes “a renewed interest and curiosity for the works of Rushdie”. He distinguishes two scenarios. “There are those who have already read The Verses and are looking for “something else to read” and there are those who have never read anything by him and who come to seek The Satanic Verses because of the news. The curious ask us if it is accessible, well written. » « The question that has often come up is “Is it good for the summer?” “, he adds, amused.

The bookseller smiles because The Satanic Verses is indeed not the best recommendation in terms of a beach novel. This demanding book recounts the adventures of two Indians whose plane is the target of an attack. They find themselves on an English beach where the first has taken the form of an archangel and the second that of the devil. Throughout the pages, the writer gives prostitutes the names of the wives of the Prophet Muhammad. He also creates the figure of a prophet, Mahound, who, under the influence of Lucifer, seems to admit that one can pray to gods other than Allah, before recognizing his error. It is this episode evoking verses breathed by the devil that inspired the title of the novel.

Hospitalized for serious injuries after the attack, Salman Rushdie is no longer on life support and “the road to recovery has begun,” his agent Andrew Wylie said in a statement on Monday.