The era of cancellation: more and more books are banned in the United States 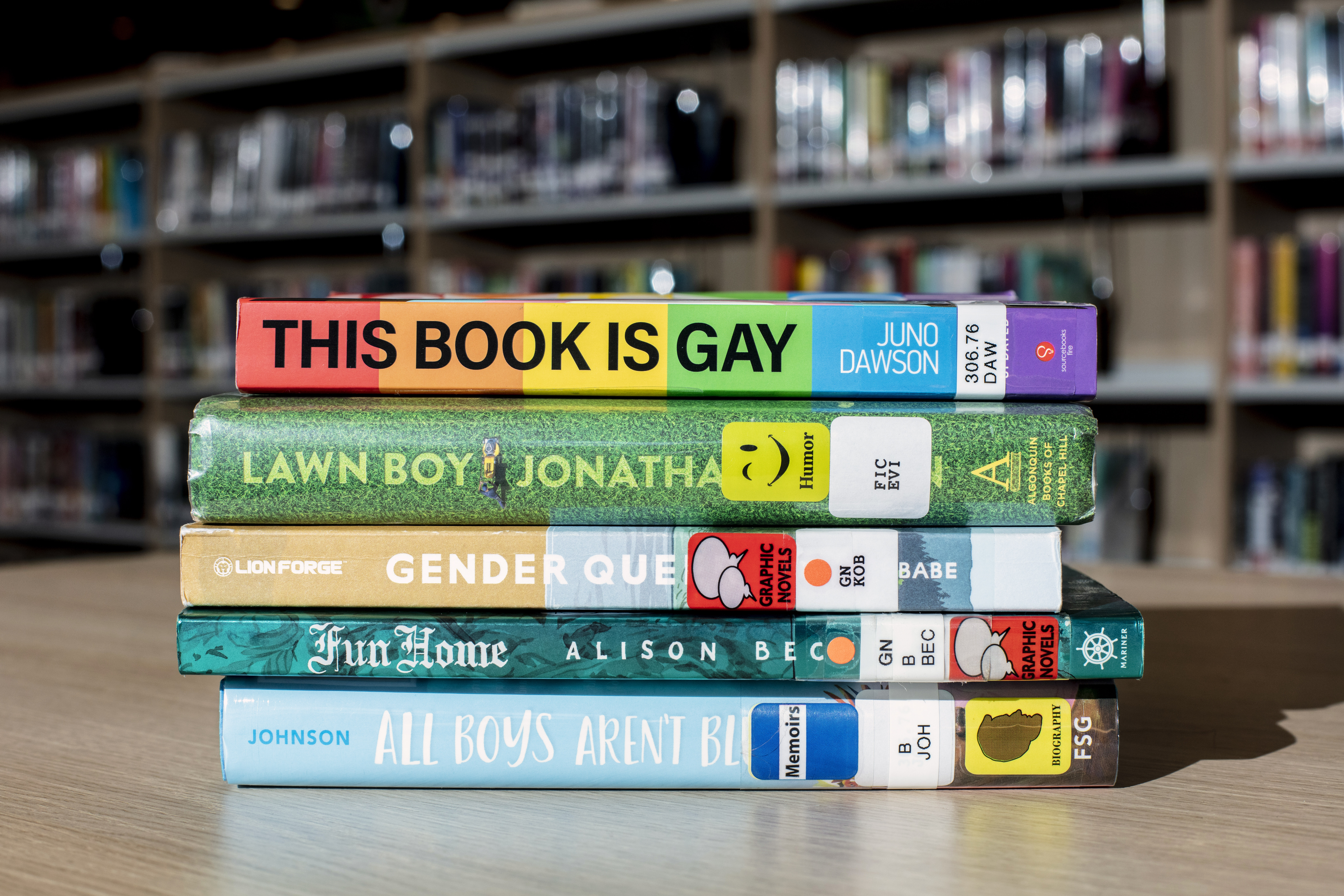 A library in a small town in Michigan, in the United States, is at risk of closing after its inhabitants voted to defund it because they did not tolerate the distribution of LGBT+ themed books. The case serves to illustrate a trend that has spread in that country since the recent abolition of abortion: the repeated prohibitions of books in different North American libraries.

In what context does this intolerance of what the books say occur? In the context in which a writer of international prestige, the British Salman Rusdhie, was stabbed this Friday after more than three decades since the Iranian regime issued a fatwathat is, a death sentence, for considering his novel blasphemous the satanic verses. Nothing less.

This month, Jamestown residents voted to defund the Patmos Library following a complaint about the novel Gender Queer: a memoir, which addresses the experience of a non-binary writer, Maia Kobabe. This results in “the emptying of the funds” that the library had “until the first quarter of next year,” Larry Walton, one of the institution’s managers, told the local Bridge Michigan newspaper. 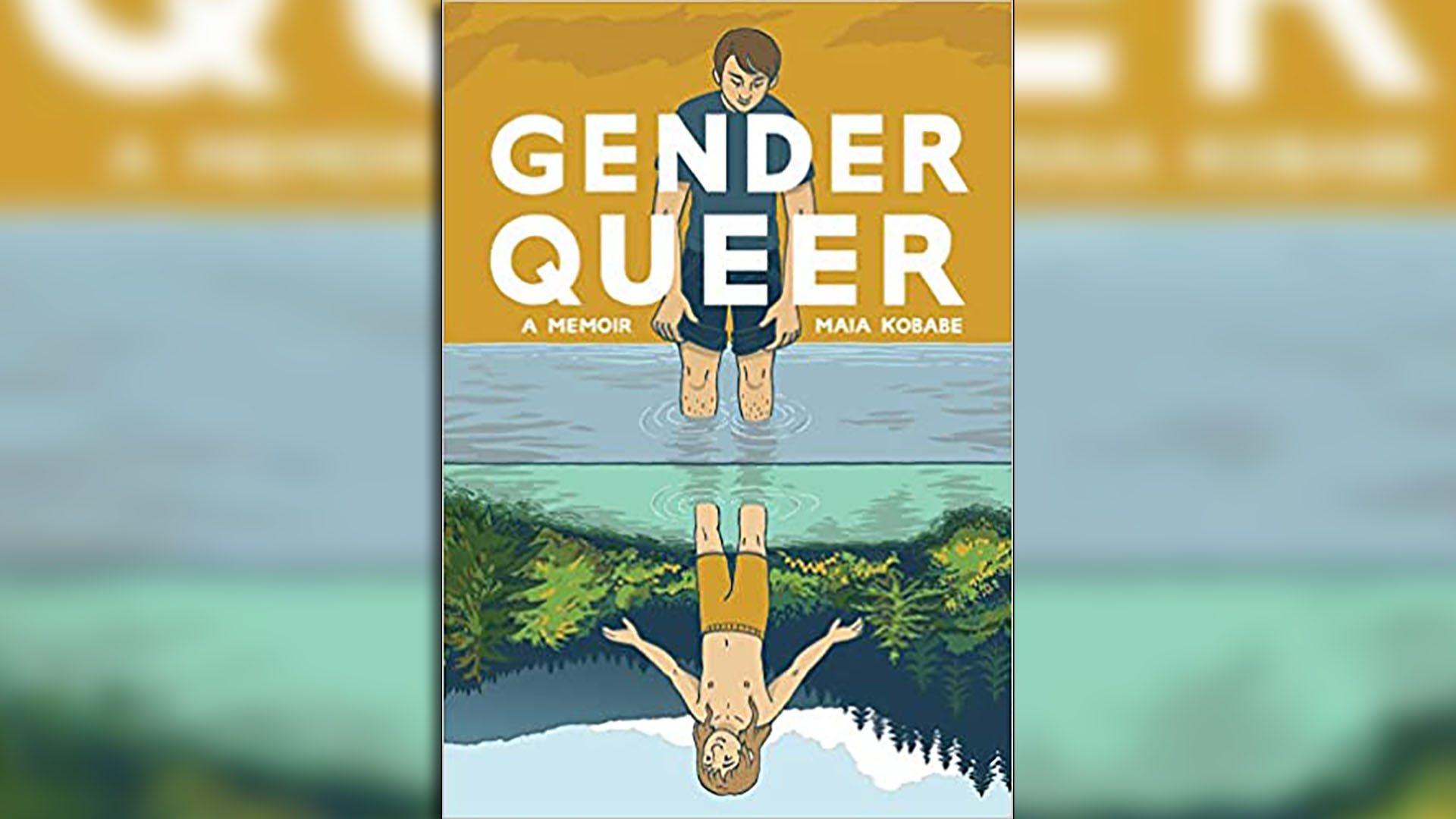 The book “Gender Queer: a memoir”, by Maia Kabobe, censored in libraries in the United States.

The first complaint about Kobabe’s title sparked a wave of petitions to the library, demanding that it and many other LGBT+-themed books be removed from its catalog. “The public concern was that it was going to confuse kids,” Walton said. But the matter did not stop there: a group calling itself “Jamestown Conservatives” distributed flyers condemning the genre queer for showing “extremely graphic sexual illustrations of two people of the same gender” and denouncing the “promotion of LGBT+ ideology”.

What happened in Michigan is not new. Earlier this year, Stephana Farrell, a mother of two, had already filed to deregister the graphic novel at a local school board in the state of Florida. “By winter break, we realized this was happening across the state and we needed to start a project to bring parents together to protect access to information and ideas at school,” she said.

Martha Hickson, a high school librarian in Annandale, New Jersey, learned last fall that some parents were going to ask her library to ban certain books. One of them was Kobabe’s book. “It prepares them to accept inappropriate advances from an adult,” said the mother of a student at that institution. 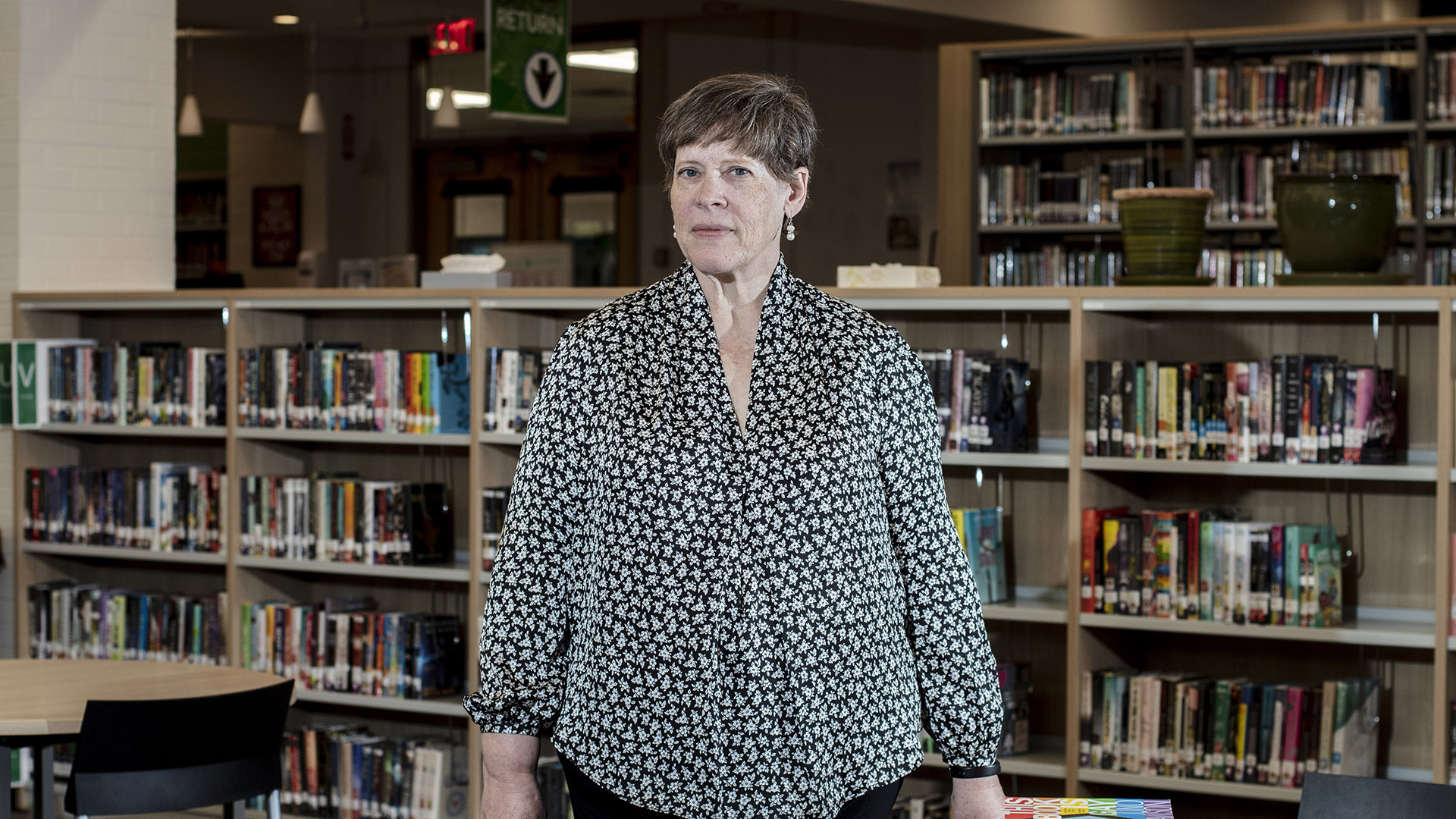 Martha Hickson, one of the librarians accused of indoctrinating children with LGBT+ books in New Jersey (Bryan Anselm / The New York Times)

“There are some books with pornography and pedophilia that absolutely should be removed from school libraries in kindergarten to 12th grade,” says Yael Levin, a spokeswoman for the conservative advocacy group No Left Turn in Education, which has asked Attorney General Merrick Garland to investigate the availability of Gender Queeramong other books.

Thus, librarians, who were figures of service, are now exposed in a culture war that puts them, as well as their careers and personal reputation, at risk. Accusations on social networks, complaints to the police, local politicians and the Internet were the responses of these activists to the refusal of librarians to withdraw “disturbing” books from circulation.

“They called us child seducers and pedophiles, and said that we had to be fired, that we had to be jailed, that we had to be locked up, that all the books had to be burned,” explained Tonya Ryals, who resigned from her job as deputy director of the Public Library of Jonesboro, Craighead County, Arkansas, after the library board introduced a series of new policies, including requiring board approval for every new book in the children’s collection. 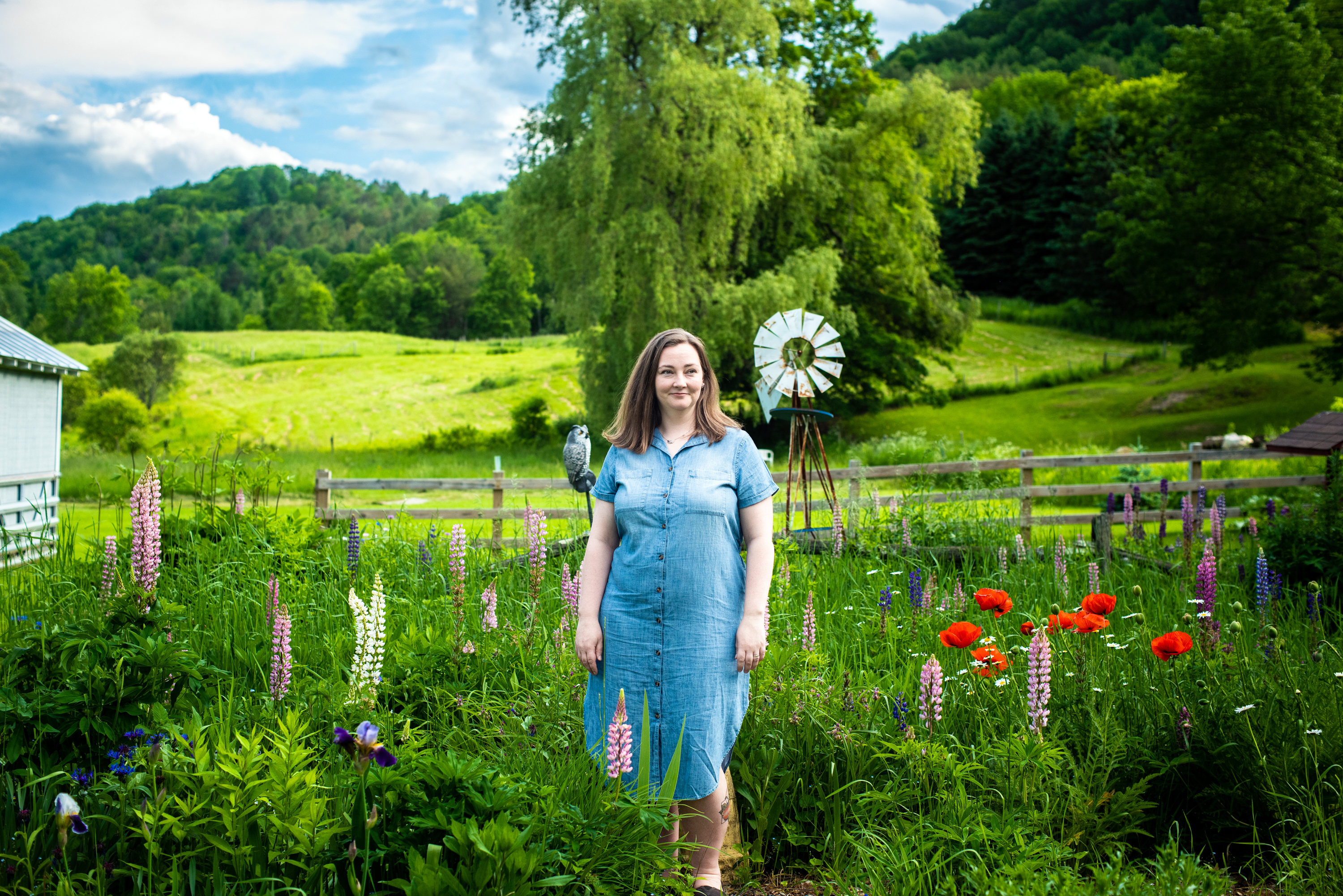 These types of initiatives, rooted in a puritanical culture that despite everything is taking ground from inclusive policies, gained strength in the United States after the abolition of the ruling that guaranteed access to abortion and draw international attention. That is what Deborah Mikula, director of the Michigan Library Association, spoke about with the British newspaper The Guardian, when she expressed her conviction that library catalogs should represent “the entire community” and stressed that “that means having LGBT+ books ”.

Book challenges and bans have reached levels not seen in decades, according to officials from the American Library Association, the National Coalition Against Censorship (NCAC) and other free speech advocates.

Thus, the American Library Association identified 729 complaints about “materials and services of libraries, schools and universities” during the past year, which led to the removal of some 1,600 titles from its shelves. The library association recorded 1,597 challenged books in 2021, the highest number since the organization began tracking bans twenty years ago.

Censorship efforts have ranged from local communities like Orange County to a Tennessee school board that pulled the graphic novel. Maus from Art Spiegelman, to state initiatives. That scenario posed by the American writer Ray Bradbury in his famous book Fahrenheit 451 in which Guy Montag, a firefighter and protagonist of this science fiction story, has the task of burning prohibited books for causing discord and suffering, is getting closer to reality every day.

This is the context in which the New York Public Library (NYPL) launched the national campaign “Books for All”, so that readers can access texts contested – on issues of gender, religion, race and history – in states governed by the Republican party, like Florida.

For example, two anti-ban initiatives were also launched in Pennsylvania. In Kutztown, eighth-grader Joslyn Diffenbaugh formed a forbidden book club last fall that began with a reading from Rebelion on the farm, by George Orwell. The Pennridge Improvement Project has launched a campaign to purchase books that have been removed from schools, including Heather has Two Mommies (something like Heather has two moms), by Leslea Newman and This is My America (this is my america), by Kim Johnson, and place them in small free libraries throughout the district.

Following the announcement of the voluntary termination of pregnancy ban, it was writer and horror king Stephen King who tweeted: “Welcome to The Handmaid’s Tale”.

That novel (The Handmaid’s Tale in its original language), written more than 35 years ago by the Canadian Margaret Atwood, focuses on racial segregation, as was the case in the 1980s. It was brought to the screen in 2017 with an exceptional leading role by Elisabeth Moss, imagining a dystopian nation, Gilead, where after the bloody decline in the birth rate as a result of environmental pollution, a conservative male chauvinist revolution arises that establishes a theocracy and enslaves women. 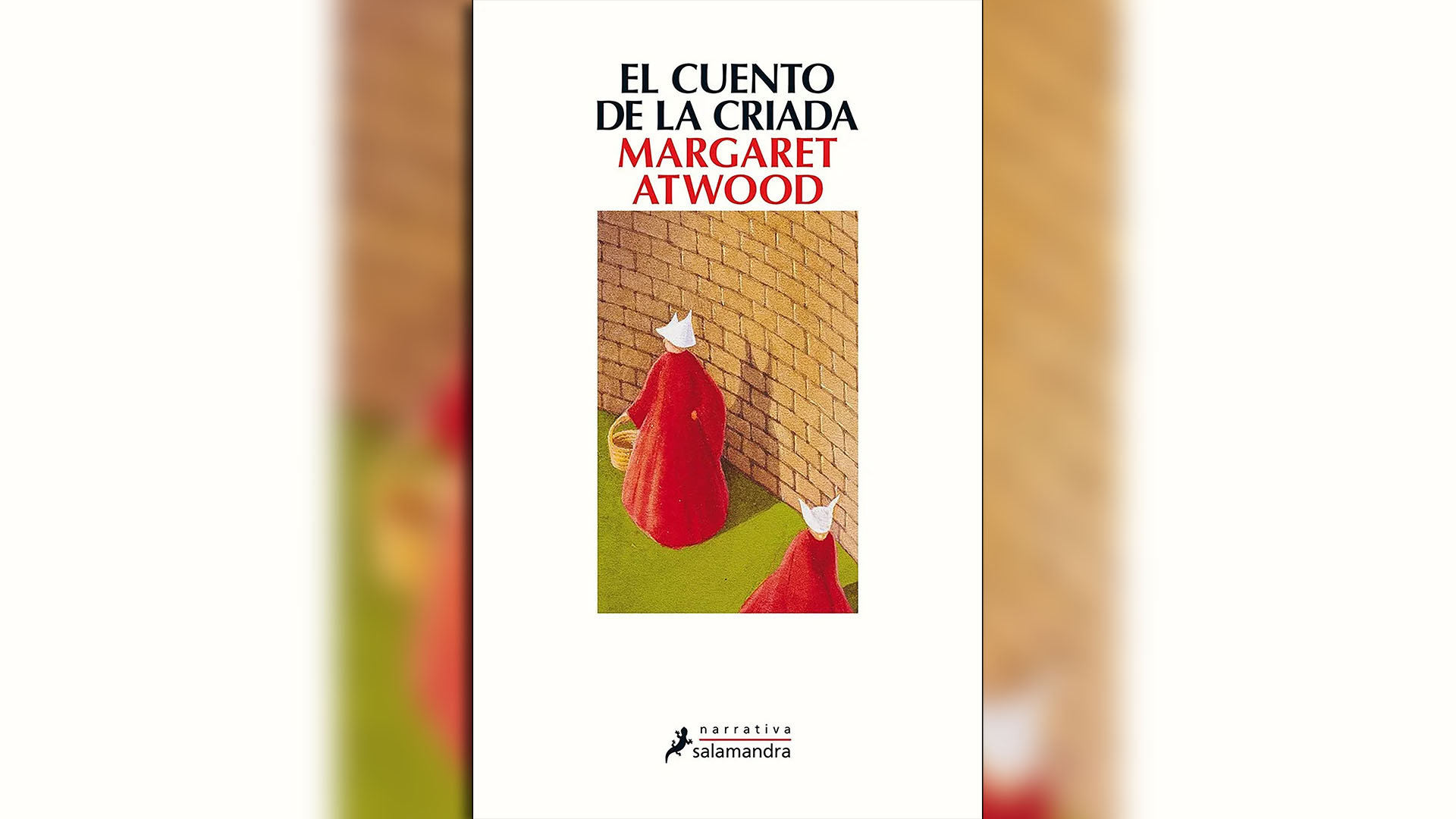 Shortly before the ruling against legal abortion in the United States came out, Atwood tweeted his own article entitled “I invented Gilead, now the Supreme Court is making it a reality”, where he said that he often interrupted the writing of that novel because he felt it ” too exaggerated” and “silly” and, with an oracular perspective, reflected in that article: “Theocratic dictatorships are not only found in the distant past: there are a number of them on the planet today. What prevents the United States from becoming one of them?

With information from Télam, AP and The New York Times.

With Salman Rushdie and freedom of expression, even if it offendsThe five most controversial books in HistoryCaroline Fourest: “Young people do not recognize the difference between a real sexual assault and someone who is just clumsy”