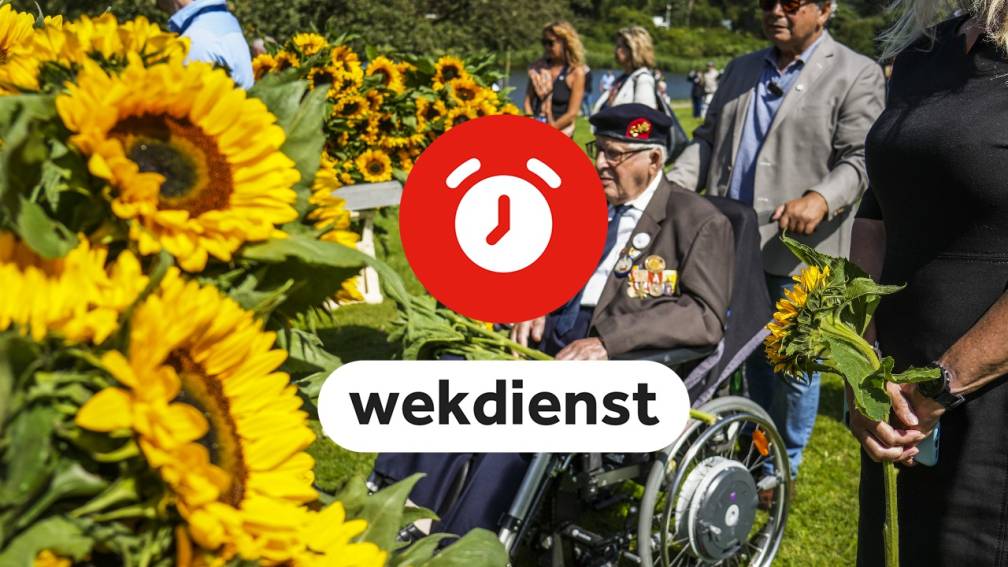 Good morning! Today, during the National Commemoration, all victims of the Japanese occupation of the former Dutch East Indies are commemorated and mediator Johan Remkes talks with nature and environmental organizations about the cabinet’s nitrogen policy.

Prefer to listen to the wake-up call?

Sun and clouds alternate today. A small shower will fall locally in the morning, with a local thunderstorm later in the day. It will be 25 to 29 degrees, but with a slightly higher humidity it feels warmer.

The official end of the Second World War in the Kingdom of the Netherlands is commemorated in The Hague. The occupation of the Dutch East Indies came to an end with the Japanese capitulation on 15 August 1945. Mediator Johan Remkes talks with nature and environmental organizations about the cabinet’s nitrogen policy. These organizations have indicated in advance that they do not intend to provide room for adjustments to the current plans, as demanded by farmers’ advocacy clubs. The introduction period for students in higher and scientific education starts this week in several cities. New students are introduced to the city through activities and parties. In Utrecht, MBO courses are also participating in the introduction period. A new trial against R. Kelly starts in Chicago. The singer has been charged with, among other things, producing child pornography. R. Kelly was already convicted in New York for, among other things, leading an organization that aimed to abuse (underage) women.

A year after the fall of Kabul, 480 people are still waiting to be evacuated to the Netherlands. This is evident from figures from the Ministry of Foreign Affairs, Trouw reports.

These people have worked for the Dutch government, for example as interpreters or security guards. They are in Afghanistan or a neighboring country and are often in dangerous conditions. The Taliban have returned to power in Afghanistan since August 15, 2021.

The cabinet wants all Afghans left behind to be transferred to the Netherlands by September at the latest, Minister Hoekstra (Foreign Affairs) wrote to the House of Representatives last month. A spokesperson cannot tell Trouw whether that deadline will be met.

Last Friday, a group of 184 people arrived from Afghanistan after a charter flight from Pakistan. The ministry said that a total of just under 700 people from Afghanistan were brought to the Netherlands with such charters with the help of the Pakistani authorities.

There is a storm at the Trump store in the United States. In the store they only sell stuff for fans of the former president. Its popularity has grown since the FBI raid on Trump’s villa in Mar-a-Lago, and is only expected to grow: