TESTIMONIALS. Women deprived of jobs in Afghanistan: “We are condemned to stay at home” 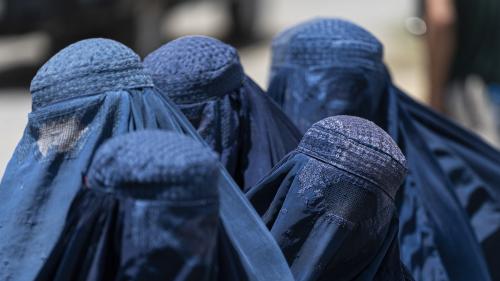 Before the Taliban took power, Marzia, 50, had a good job in a ministry in Afghanistan. “I had a good salary. I had no financial problems. I could provide a good education for my children. And then I was happy to do this job. I liked what I was doing”, explains the one who was replaced by a colleague she was supervising a year ago.

>> Dropping out of school, forced marriages, repression… A year after the return of the Taliban, the destroyed lives of Afghan women: “Sometimes I cry thinking of all that we have lost”

Today, she receives only 20,000 Afghanis per month, or 220 euros instead of her 1,310 euros monthly salary, which allowed her to meet the needs of her children and her sick husband, bedridden for four years. All of her female colleagues like her have had their jobs taken away from them. For fear of reprisals, Marzia testifies on condition of anonymity: “I think that the Taliban have not changed. It is an obscurantist regime.”

Like her, women are gradually disappearing from public space in Afghanistan, deprived of education, forced to wear the full veil, banned from politics and the media. The Taliban regime has implemented a rigorous version of Islamic Sharia law that leaves no room for those who represent more than half of the population.

Relegated to the rank of “minor under the guardianship of a male relative”, women lost all of their acquired rights during the Islamic Republic of Afghanistan, supported between 2001 and 2021 by the international community.” When universities reopened for girls, we had hope. We said to ourselves that they were going to reopen secondary schools, “laments Maliha.

“It’s been a year and nothing has changed. There is no more hope. The Taliban are the same as they were twenty years ago.”

A law graduate, she taught in secondary school but the Taliban closed down the public institute in which she worked. At 30, she resumed studies in business management. But for her, like many Afghan women, the future is a huge black hole. “We are condemned to stay at home”, loose Maliha, resigned.

Deprived of education, banished from public space… The despair of Afghan women. Report in Kabul by Sonia Ghezali.