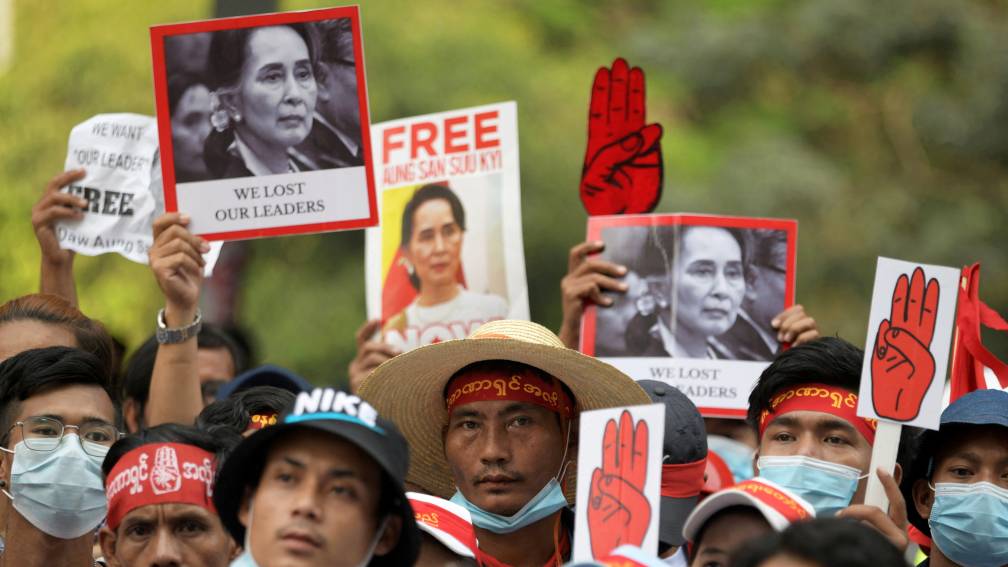 This verdict is the latest in a series of lawsuits against Suu Kyi. At least eighteen charges against the 77-year-old Nobel Prize winner have been filed, which together can reach a prison term of 190 years. The politician had already been sentenced to 11 years in prison on sedition and other charges.

Suu Kyi was the winner of elections in the country but was detained by the military on February 1, 2021. According to the army, her party had committed fraud in the elections at the end of 2020, although this was not the case according to international observers.

Today’s joint verdict in four separate corruption cases was handed down behind closed doors. Media or public were not allowed access and Suu Kyi’s lawyers were not allowed to release information due to a gag order.

Suu Kyi was accused of abusing her position to rent land below market price and build a house with charitable donations. She received sentences of three years for each of the four charges, but can serve three of them simultaneously, for a total of six years in prison.

Suu Kyi denies all allegations. Her lawyers are likely to appeal. Analysts say the military is using the charges against Suu Kyi and her allies to legitimize the coup and remove her from politics before the military holds an election. It will be held next year if the military keeps its promises.

Suu Kyi has been in solitary confinement since June. Almost a year and a half after she was placed under house arrest, she was transferred to a prison in the capital Naypyidaw.

Since last year’s coup, a civil war has been raging in Myanmar between the army and several rebel groups. In the aftermath of the coup, at least 14,000 residents of the country are estimated to have been arrested for resisting the military rulers. Thousands of them are still incarcerated.

In July, Myanmar’s military regime announced the execution of four pro-democracy activists, including a party member of Suu Kyi. It was the first time in decades that the death penalty has been carried out in the Southeast Asian country.

The four men were sentenced to death in January. Their trial took place behind closed doors.