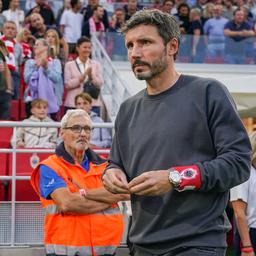 Mark van Bommel has booked the fourth consecutive victory in the Belgian competition with Royal Antwerp FC. The Dutch coach saw his team win 0-1 at KAS Eupen thanks to an own goal.

Boris Lambert scored the only goal of the game twelve minutes before the end. The Eupen midfielder tapped a cross from Anthony Valencia behind his own keeper.

Jurgen Ekkelenkamp, ​​who was taken over from Hertha BSC this summer, made his debut at Antwerp. The former Ajax player came in for the visitors after the break. Vincent Janssen came to Antwerp after more than an hour of play.

Thanks to the fourth win in a row, Antwerp remains the leader in the Jupiler Pro League. Van Bommel’s team is three points ahead of number two Anderlecht.

Antwerp qualified last Thursday at the expense of the Norwegian Lillestrøm SK for the play-offs of the Conference League. The Belgians will play the first leg against Istanbul Basaksehir in Turkey next Thursday.

Earlier in the day, Anderlecht won 0-3 at Sint-Truiden. Lior Refaelov, Fábio Silva and Benito Raman were accurate for the Brussels formation, with Wesley Hoedt participating the entire match. Club Brugge will visit OH Leuven later in the day (kick-off at 6.30 pm).

View the results, the position and the program in the Jupiler Pro League