Marrit Steenbergen also won the gold medal in the 200-meter freestyle at the European Swimming Championships in Rome on Sunday. The 22-year-old Dutchman rushed to a personal best in 1.56.36.

Steenbergen made the difference in the last part of the race. For a long time she had to tolerate the French Charlotte Bonnet.

In the end Steenbergen was ahead of British Freya Anderson. She touched in 1.56.52. Bronze went to the German Isabel Glose in 1.57.09. Bonnet fell all the way back to seventh place in 1.58.77. It is the first time that a Dutch swimmer has won this event.

Maaike de Waard seized the bronze medal in the 50 meter backstroke. The 25-year-old Dutch touched in the final after 27.54 seconds.

Tessa Giele also missed the final battle in the 100-meter butterfly. Her time of 58.71 marked sixth place in her run.

Tess Schouten just missed the final in the 200-meter breaststroke. The 21-year-old Dutch recorded the fifth time in her semi-final (2.26.68).

Maaike de Waard with her bronze medal in Rome. 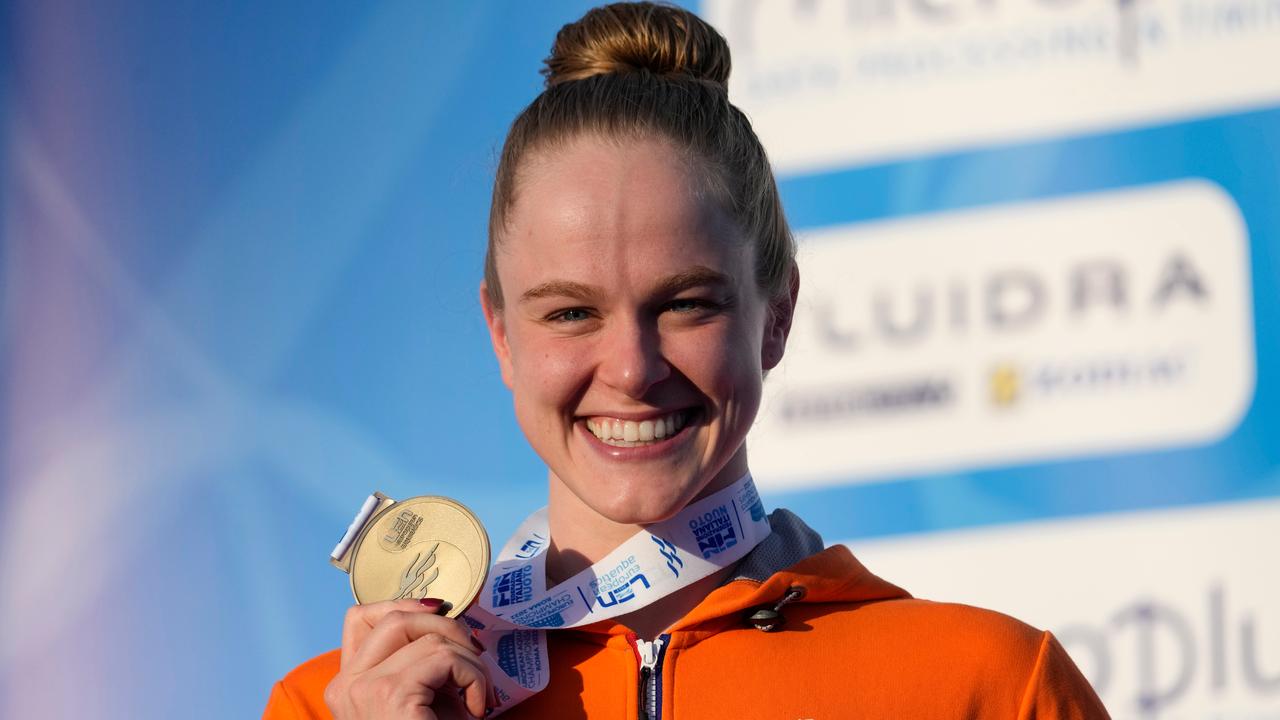 Maaike de Waard with her bronze medal in Rome.

Korstanje finished fourth in the 50-meter butterfly on Friday. He won gold with the mixed relay team in the 4×100 meter medley. Luc Kroon failed to qualify for the final in the 200-meter freestyle. In the semi-final he did not get further than seventh place.

In the 4×100 meter freestyle, the Netherlands finished fifth in 3.15.75. The quartet Stan Pijnenburg, Jesse Puts, Luc Kroon and Sean Niewold had to give up more than five seconds to winner Italy.