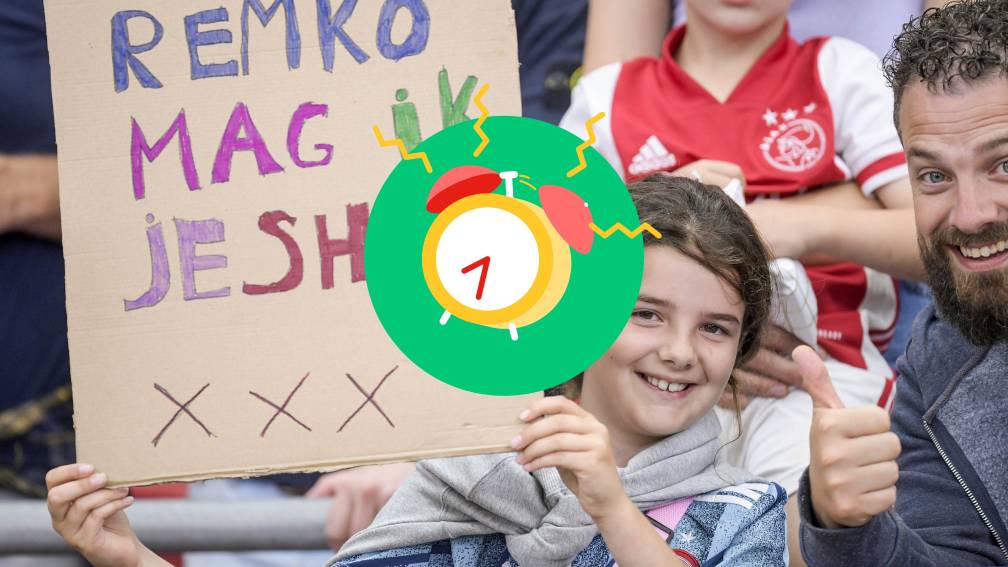 Good morning! Did you sleep in or did you wake up early because of the heat? In this News Alarm you can read what is going to happen today.

It’s been another day of sweating. It will be between 30 and 33 degrees. It feels even hotter, because it is very stuffy. At the end of the day there may be some clouds and in the northeast there may even be a few thunderstorms.

– The problems for football club FC Barcelona are far from over. In their own stadium it was 0-0 against the club Rayo Vallecano. Frenkie de Jong was allowed to fill in for Barcelona after an hour. He has arguing with his club about money.

– Being in the African country of Sudan major floods. At least 50 people have died as a result. The rainy season in Sudan usually starts in June and lasts through September. In recent years there has been a lot more rain and that causes major problems.

– Ajax will play against FC Groningen this afternoon. Being for the first time ‘charming plates’ prohibited in the stadium. Children sometimes take such a sign with them asking whether they can, for example, have a shirt, an autograph or a photo with a player. But Ajax would rather not have that anymore. It would be too much hassle and even dangerous.

– Seal Tefiti has been released back into the sea at Schiermonnikoog. The seal was injured 3 weeks ago by debris around her neck, so she was cared for at a seal center. Unfortunately, Tefiti is not the only seal to experience this: more and more seals are injured by waste floating in the sea. Tonight you’ll see more about it!

– Today it will probably fall again in a few places in the Netherlands a bit of rain. Next week that will be a little more, but it probably won’t be enough to get through the problems drought to solve. Do you feel like a little rain again or can the weather stay that way for a while? Reply to the question:

Yesterday the Frisian youth championship Fierljeppen was held in Friesland. And not all participants stayed dry…